Talking about my reading journey, new-found love for Audiobooks & Celebrity Memoirs along with mini reviews of some of some of my recent favorites & details on how you can try two for free!

I Used To Read Books…

This is one of those posts that I’ve been meaning to write for months but somehow didn’t get around to it. As a kid & tween – I read books. A lot of books. Anything I could get my hands on, I read. Storybooks, novels, anthologies, fiction, non fiction & everything in between. I frequented the school library, bought second hand & borrowed. Some of my first income as a teenager was spent buying books, I have some very special memories associated with those. But somewhere in my late teens, I found myself still buying new books at the same pace, but falling behind when it came to actually reading them.

This was difficult to cope with at first – reading had been such a huge part of my identity growing up (I’m pretty sure one of my first facebook profile picture had me sitting with a Mary Higgins Clark novel – over 7 years ago!) I soon came to the conclusion that I had burnt myself out, what with college, running this blog & more. I read a lot online & so it was difficult to find the time & motivation to curl up with a book – I knew I would get back there in my own time. Buying books wasn’t helping the clutter situation in my room too much, so I stopped.

In the interim, I’ve been trying newer forms electronic forms of consuming the written word, including a Kindle (I love my paperwhite!) & Audiobooks. This is not a debate about which form is better than the other – books will always have their irreplaceable charm, but electronic alternatives are sustainable – easier to carry (daily or while travelling – I don’t miss weighing my vacation bags down with 3 or 4 paperbacks), space saving in apartments & of course more eco friendly. This post is purely to share why I’ve been loving audiobooks so much & how I like listening to them.

I didn’t think I would ever seriously consider audiobooks for myself – I always imagined them as many CD packs & in my head they were only for long drives or sight impaired people. I couldn’t possibly fathom why I would ever choose being read to over reading something myself, at my own pace (usually very fast, I speed read most of the time). 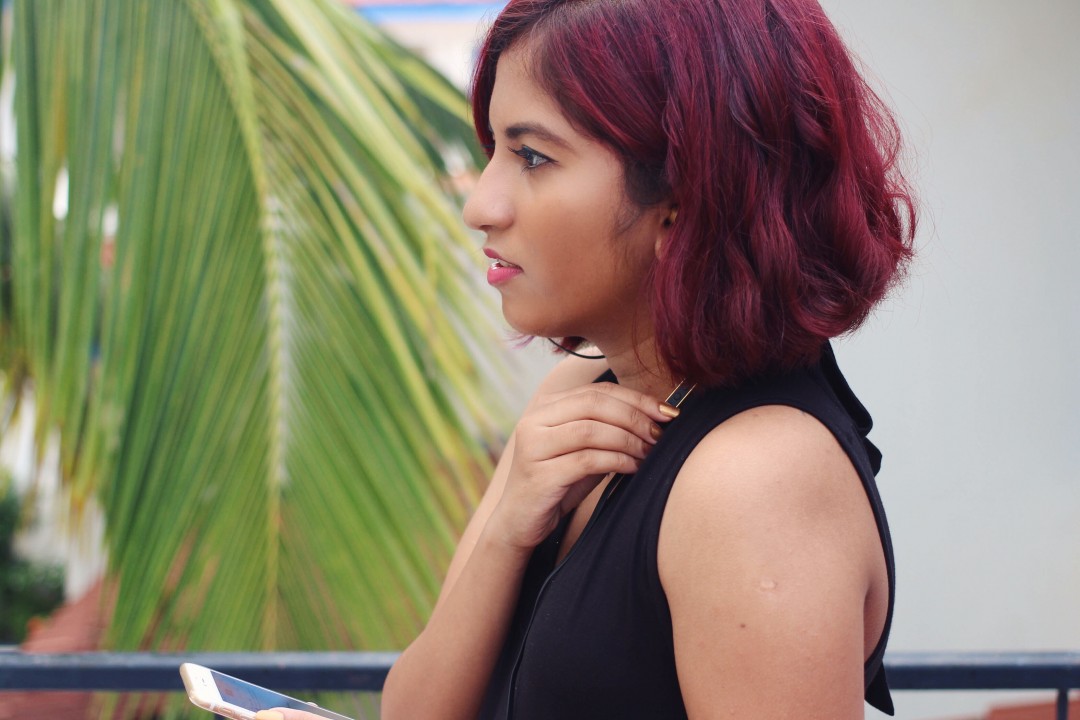 , figuring I had absolutely nothing to loose. Fast forward a year & a half later & I almost can’t imagine my life without Audible! 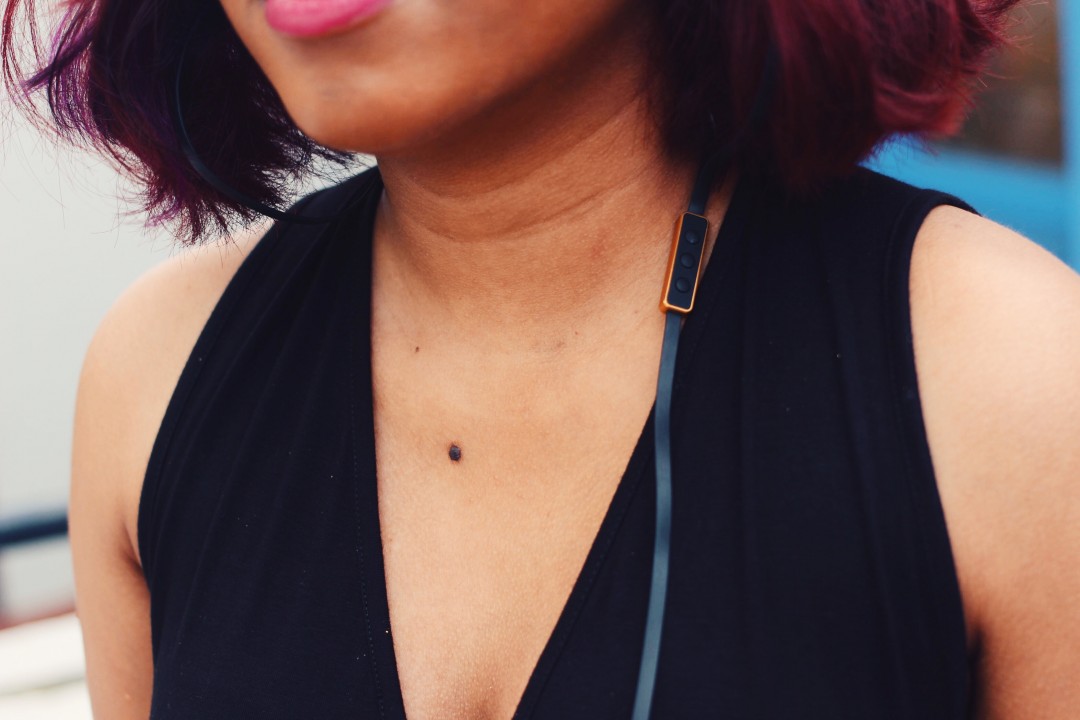 Audible comes in the form of a handy iOS app (it’s available for Android too, obviously) & I enjoy listening to Audiobooks on with my Sudio Earphones. Sudio is a Swedish company than makes beautiful earphones for your tech. I’d almost given up on earphones because they tend to hurt (was sticking to headphones only) until the Sudio Klang came into my life. These earphones ooze luxury (I know that sounds corny but I couldn’t think of a better way to describe it!) The box that it came in was so utterly gorgeous, & it the earphones are perfectly designed. Earphones are nifty, but tend to look a bit too loud or cheap quite often. In stark contrast to that, Sudio Klang wouldn’t look out of place with even black tie attire, & comes in it’s own über stylish leather pouch. 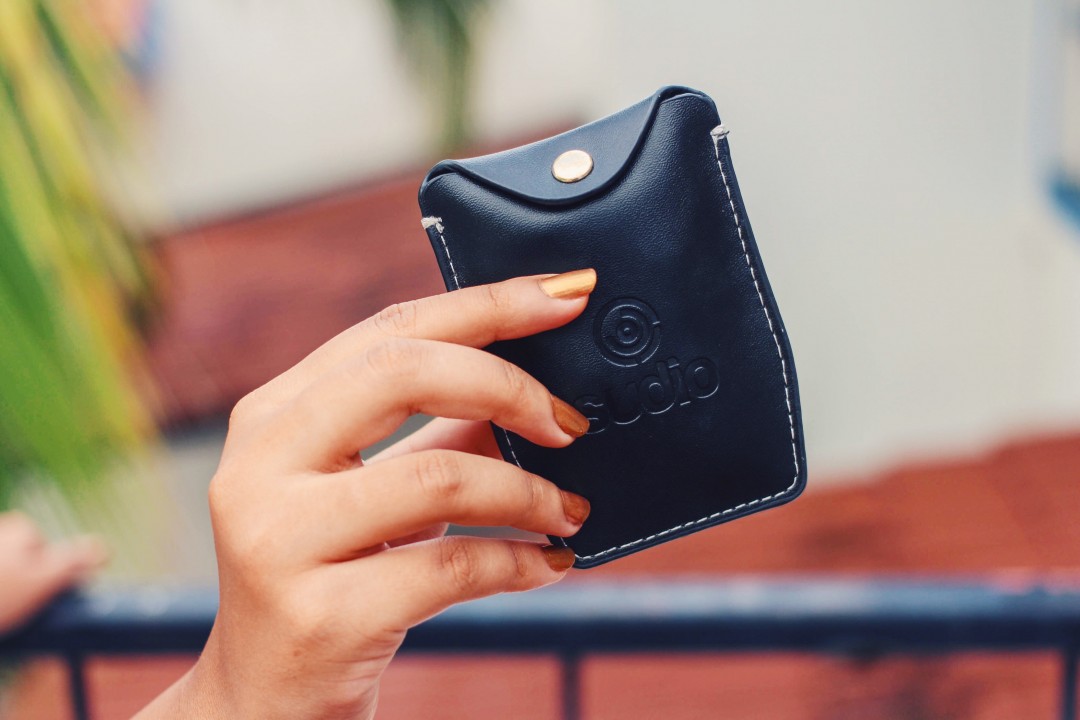 As I mentioned above, I couldn’t understand what audiobooks had to offer, why I would choose them over reading. Turns out, being read to is incredibly soothing. Sometimes when I’ve been staring at a screen the whole day, I don’t feel like picking up & staring at a book. So I can turn out the lights, rest my eyes & just listen.

It is also particularly awesome during long journeys, when reading books isn’t recommended because of the vehicle shaking (or at least that’s what my mom always told me). I love plugging my years in, listening to an interesting book while watching the trees pass by my window. In fact, I finished three or four audiobooks in December itself, during the slower moments of a trip to Goa. 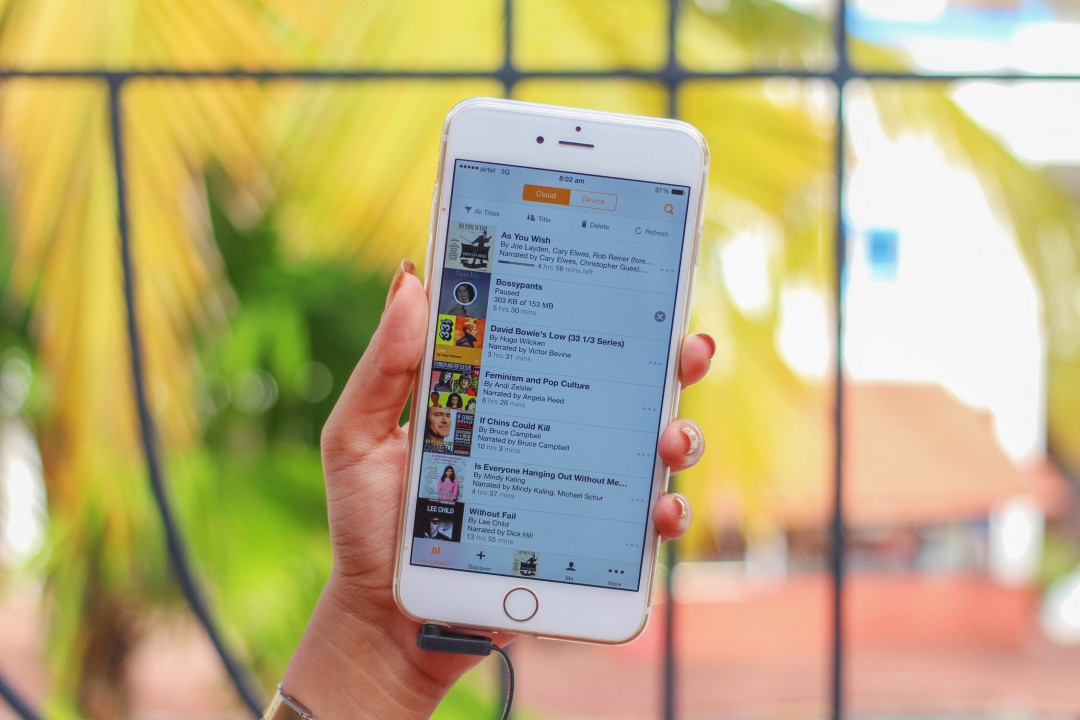 Do you want to know another area where Audible really shines? Celebrity memoirs. I’m obsessed with popular culture (especially television!) & listening to a celebrity read this own writing feels both very entertaining & personal. So I thought I’d give mini reviews of a few audiobooks I’ve listened to since I got an Audible account.

When I was thinking of what books to start with, I’m proud to say that I turned to my comedy / feminist idols first.

This was supposed to be one of the greatest comedian memoirs of all time, the one all books have since tried to emulate. Tina Fey reads this one excellently (she was nominated for a Grammy for Best Spoken Word Album for her narration). She talks about everything from Second City, Upright Citizens Brigade, Saturday Night Live & of course 30 Rock. My two favorite parts of the book are Chapter 15 – I Don’t Care If You Like It (described by her as one in a series of love letters to Amy Poehler) & Chapter 25 – What Should I Do With My Last 5 Minutes? (the final one) where she lays down the truth about why female comedians are often branded as crazy-

The only person I can think of that has escaped the “crazy” moniker is Betty White, which, obviously, is because people still want to have sex with her.” – Tina Fey, Bossypants

I found myself nodding along throughout, & I was reminded of it when I watched the Last Fuckable Day Sketch on Inside Amy Schumer with Tina Fey, Patricia Arquette & Julia Louis Dreyfuss. It’s NSFW (language!) like most of Inside Amy Schumer but easily one of her finest sketches ever.

In short, I think this was a brilliant first audiobook for me to start with & needless to say I definitely recommend it.

I can honestly say that I have anticipated the release of a book more than Yes Please. I squealed out loud when the news first broke that Amy was writing a book, which was probably only topped by how loud I screamed when the cover was released. This is the only audiobook I’ve ever preordered, on the first day it became available to pre order! So yes, I’ve taken up four lines of my mini review just to tell you how much I looked forward to it, but I feel like it’s relevant.

Yes Please didn’t disappoint one bit. I could have easily finished it in a day, but I chose to stretch it over four months because I didn’t want it to be over. Amy was adamant about the fact that she didn’t want to do a traditional tell all autobiography, instead Yes Please is a collection of stories about her life, youth, relationships, friendships, even sex & drugs.

She’s funny, self deprecating & brutally honest. She doesn’t dish dirt about the low moments in her life like her divorce & even said that she doesn’t like people knowing her shit. She just described it as too personal & too sad. I loved learning about her childhood & early twenties, it just made me love her even more as a person. At this point I should let you know that I am notoriously bad at writing coherently or objectively about things that mean a lot to me (which is why I still haven’t written a tribute post to David Bowie, neither do I intend to) but Yes Please was one of the most poignant pieces of writing I have ever read. Never has any book made me laugh & cry as much, & I would heartily recommend this book to every living being.

When I read that the Yes Please (paper) book was going to have drawings, I wondered if I was missing out by getting the audiobook. But I think that other than being wonderfully written, this was one of the best produced audiobooks I’ve had the pleasure of listening to, there are parts read by Carol Burnett, Seth Meyers, Mike Schur, Eileen Poehler & William Poehler (her parents!), Patrick Stewart & Kathleen Turner. The last chapter is also read in front of a live audience. Amy was also nominated for a spoken word Grammy for the audiobook this year.

I feel like I should also mention that she has an entire chapter dedicated to Tina Fey as well, because those two are #FriendshipGoals all the way (& the only reason I watched the Golden Globes for three years!)

If Chins Could Kill: Confessions of a B Movie Actor by Bruce Campbell

This book is kind of special for me because it was the first international book I bought (way back in 2010! I even blogged about it) so I pondered for a while about whether I needed the audiobook as well. But I’m glad I bought it. Bruce Campbell has an iconic voice & this is wonderful to listen to. I always crack up at the part where he describes how he got his scar-

“There is an L-shaped scar on the left side of my chin. People always ask me how I got it and I’ve told them everything from “One dark night in Bombay,” to “A scuffle with bad, bad, Leroy Brown …”

In actuality, it came about because I was a fearless kid. I played outside a great deal of the time, in any weather and in suburban Detroit, Michigan, that’s saying something. In this age where laser surgery rushes to correct every imperfection, I’m not going to touch that scar—it reminds me of too much fun.” – Bruce Campbell, If Chins Could Kill

As the audiobook was published twelve years after the paper one, Bruce gives little asides & updated throughout, which really adds to the experience.

I think I’ll wrap up the reviews, because I’ve been listening a lot & this could go on forever. Maybe I could do a part 2 soon?

So with Audible, you can either buy books a la carte or sign up for a membership. The Gold Membership costs $14.95 a month, wherein you get one credit which is redeemable for one audiobook & a 30% discount on any a la carte purchases while you’re a member.

The best part? Audible offers a no obligations 30 day free trial, with two free audiobooks. You can sign up here if you’d like to try it. You will need to have a card on file (if you have an Amazon India account, the same login details work!) & if you cancel before the month ends, you don’t have to pay a cent & still get to keep the audiobooks you chose. Happy listening! x 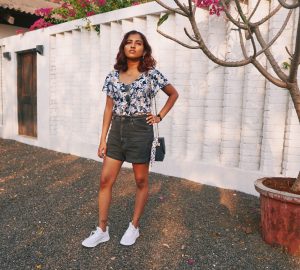 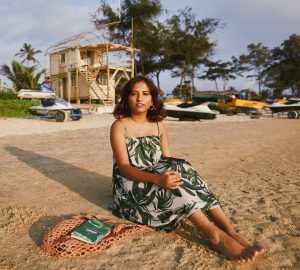 I'm 27 year old creator, welcome to my corner of the internet.
For more than a decade, this space has chronicled things I do, places I visit, food I eat & things that inspire me.
I hope you enjoy browsing & don't forget to check out my YouTube channel.