Magali Vaz December 10, 2014
share
RB (formerly known as Reckitt Benckiser) partnered with NDTV and Facebook to launch “Dettol – Banega Swachh India” – a 5 year program to address the rising need of hygiene and sanitation in India. NDTV Dettol – Banega Swachh India bus (Swachh Express) was flagged off in October, & aims to cover around 400 villages across 8 states – Haryana, Rajasthan, UP, Bihar, Jharkhand, Chattisgarh, MP and Maharashtra. The objective of the bus will be to create awareness around hygiene and sanitation through interactive videos, flyer distributions, posters, hand-washing sessions and street plays.
I was offered the opportunity through Indiblogger to join the Swachh Express for a few days during it’s trail in Maharshtra. I thought it would be a wonderful experience to visit the rural areas of Maharshtra that I haven’t seen before, & also to see the work at the Banega Swachh India team was doing, so I booked my tickets & waited for the day to come. 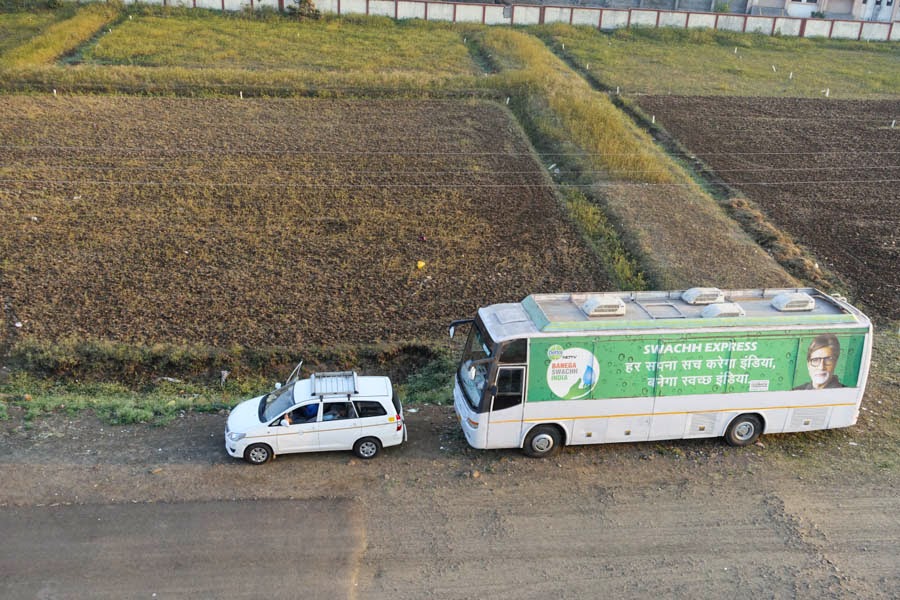 Our first stop was Kolvad, which is a village near Buldhana. Even though most of the villagers are very daily wage workers, I was happy to see quite a nice turnout with a decent amount of women too., this may be because the Sarpanch of the village is a woman too. They were quite attentive & had a lot of questions too. 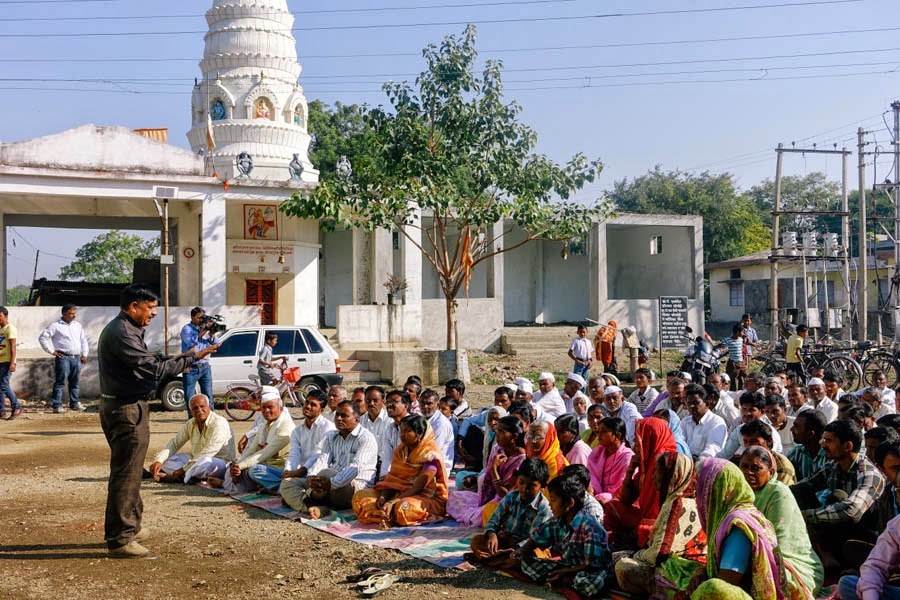 Though the campaign focusses on all area of basic cleanliness such as handwashing & regular bathing, the main issue was addressing the problem of open defecation, there are no public toilets there & very few people have one in their homes, either. The Villagers all expect the government to build facilities for them, but that is not always possible. The sense of apathy, passing the buck & expecting the government to do everything for them is something that I found common in all three villages that I visited. The talks were conducted by Mr Vinod Kumar Pathak, MSW and health awareness worker from the knowledge partners called Feedback Foundation. The residents of Kolvad were briefed on how to build  an efficient toilet in their homes for just ₹5000 & were also told how they could claim that money back from the government. 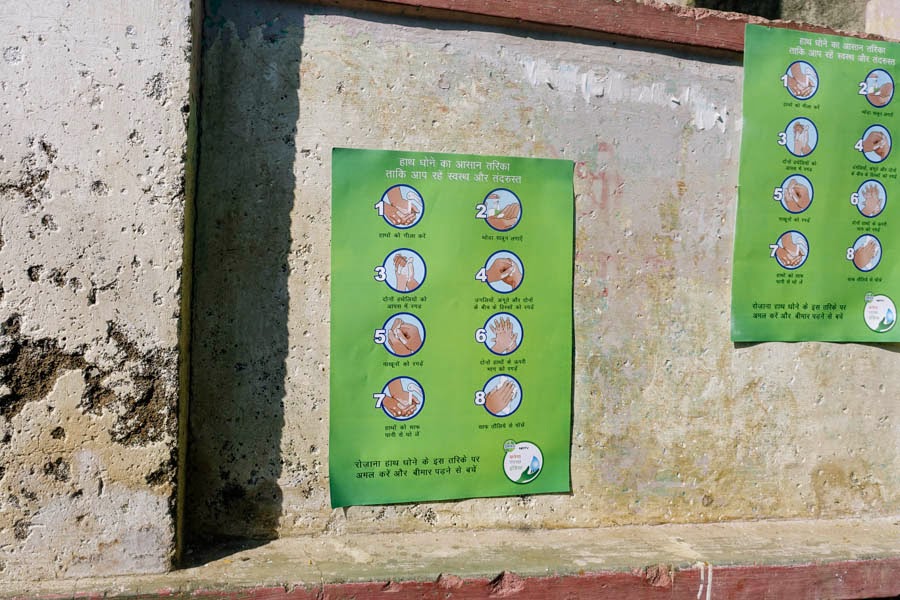 Flyers on Cleanliness were distributed, the Kids were very excited to paste them on the walls. 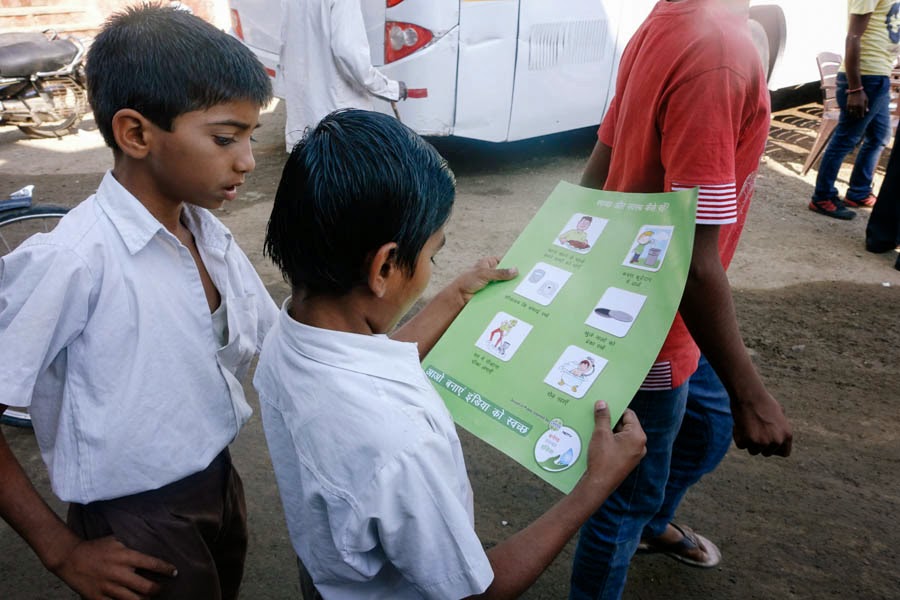 The next day we visited another village on the outskirts of Maharshtra. Although the village didn’t look like much, it had a population of about 5,000. A resident proudly told us that they have Hindus, Muslims & Buddhists all living in harmony amongst eachother. 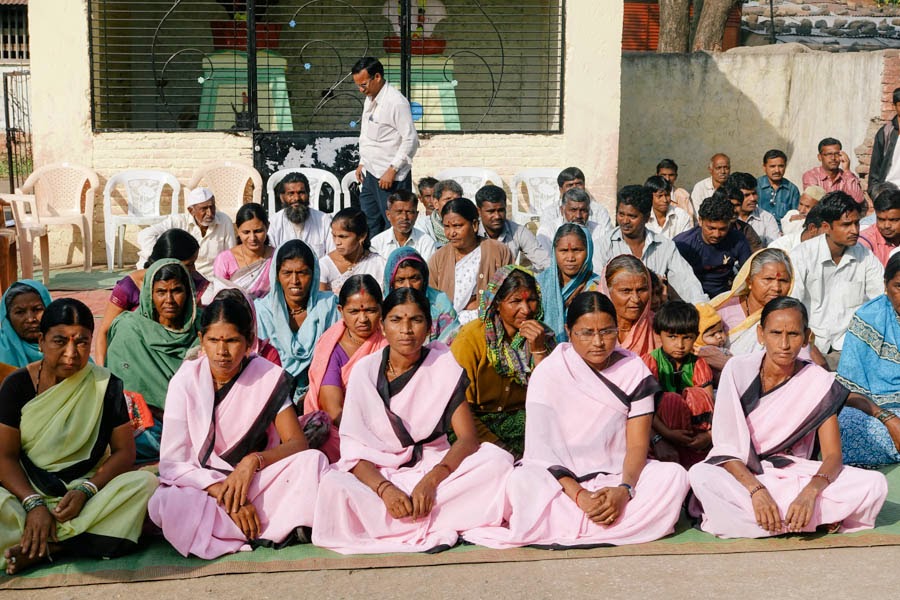 The talks centered around the same things but Mr Vinod took a novel approach to educating the residents about open defecation. He marked a rough outline of the village on the ground in chalk, then placed bits of paper to denote the Sarpanch’s Office, the Temple etc. When that was done he asked those who didn’t have a toilet at home to come mark in yellow powder where they relieve themseleves each morning. After about twenty people came forward, we could see the reality of the situation on the map, the village which was otherwise quite clean & beautiful had now gotten contaminated due to the open defecation. And of course flies that sit on faeces can them contaminate food & make people sick. They too were shown how to build toilets in an economical fashion & for now, they should cover their faeces with dirt as soon as they’re done, which will at least prevent the further contamination of the place. The villagers were very receptive & thankful & insisted that we stay for tea, but we couldn’t as we had a long journey that day, we had to move to Akola. 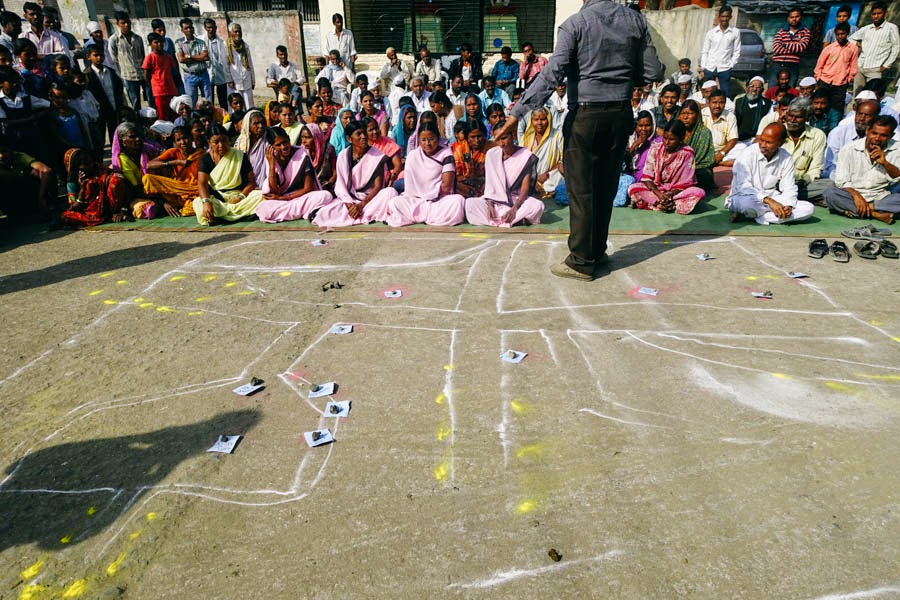 From Akola the next morning we set out to the village of Dahi Handi, which was quite removed from Akola. This was in the Vidarbha region of Maharshtra, famous for it’s cotton farming & infamous for the droughts that occur frequently & the farmer suicides that follow. While the first two villages had been a good experience, this was in stark contrast. The Villagers were rude & antagonistic, kept talking during the demo & not a single woman was present until almost the end. 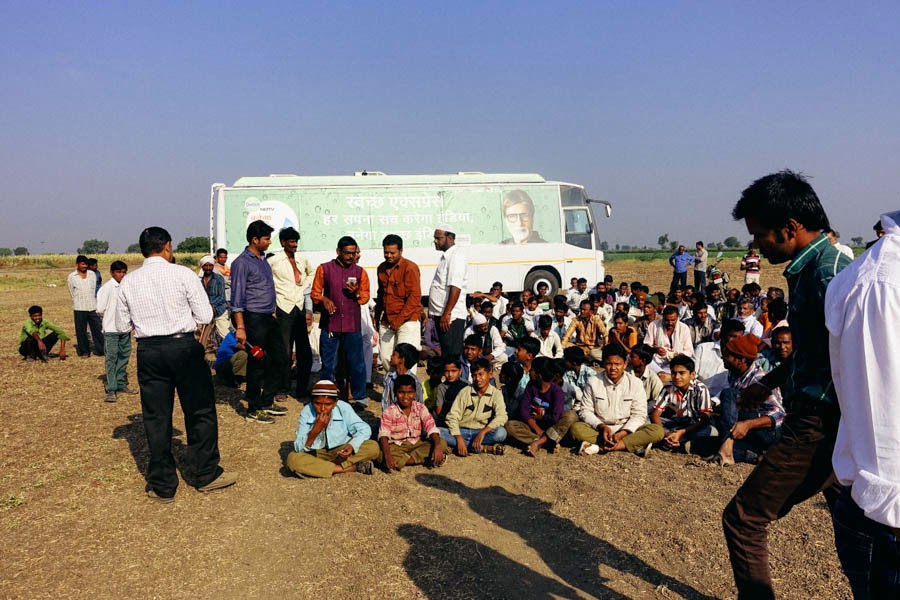 However Mr Vinod knew how to get the crowd to listen & soon they too were interacting. Turns out they had given some money to the local small government to build toilets but a few years had passed & they never heard of the money or the toilets again. They are a community that prize both modesty & honor yet them let their women go out to relieve themselves by the sides of the road alone which is neither safe nor right. That was the end of my journey & I left for Mumbai that evening. It was quite an enriching experience to travel with the Banega Swachh Team, especially Mr Manoj & Chandramohan from NDTV. I thought their interactive sessions with the villagers were educational & I’d love to follow up with the villagers a year later & see if anything has changed for them.

Movie | Bhopal: A Prayer For Rain