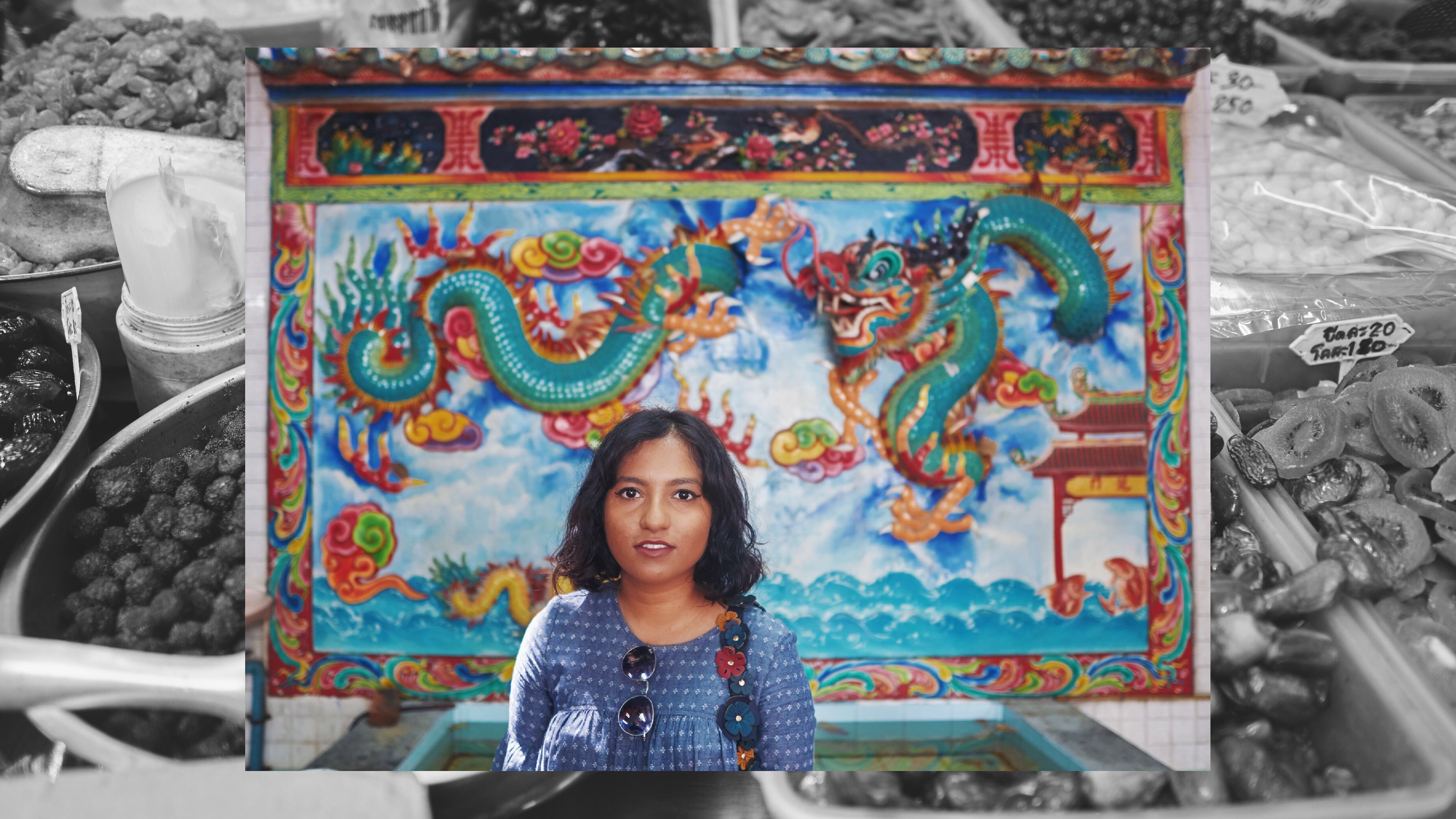 Vignettes from Thailand’s oldest Chinese shrine, hidden away in a small lane in Bangkok’s Chinatown.

Bangkok’s Chinatown is said to be one of the largest Chinatowns in the world. Founded in the late 18th century, it’s bright, colourful & very densely populated. So on our third trip to Bangkok – we finally decided to visit. We also, in our infinite traveller’s wisdom, decided that the best day to explore Yaowarat road for the very first time would be the first day of Lunar New Year 2017 celebrations (year of the fire rooster!)

So we went- no tuk tuk wanted to take us because of how crowded it would be. When we finally reached, we were already pretty tired. It was a sultry afternoon & we had been out exploring since the morning. And with that, we were thrust head first into the wonderful madness of Chinatown on a festival day. Chinese people find it auspicious to buy gold that day, so all of the significant number of gold shops were teeming with people. The few restaurants in the area were all packed. Heck, even the 7 Elevens were crowded. So we walked along quite aimlessly, not really sure where to head next.

We then spotted a tiny but extremely crowded lane, & decided to check it out. It was filled with vendors selling local & chinese goods – dried flowers / herbs, different kid of teas, berries, candies, & even raw fish / meat! As we went further into the lane, there was this tiny clearing leading to the Leng Buai Ia Shrine.

There are actually quite a few Chinese shrines in Bangkok’s chinatown, & Leng Bui Ia is neither the largest, nor very easy to access. But it is Thailand’s oldest Chinese shrine, as it turns out. On Lunar New Year 2017, we just waited outside, not wanting to disturb devotees with our clumsiness & inexperience. But on our last trip to Bangkok, we finally decided to stay in Chinatown itself for a few days (best decision ever!) & walked up to the shrine again. This time, it was almost completely empty, so I took a few photos.

Leng Buai Ai shrine seemingly predated the founding of Chinatown, as a plaque outside says it was built in 1658. 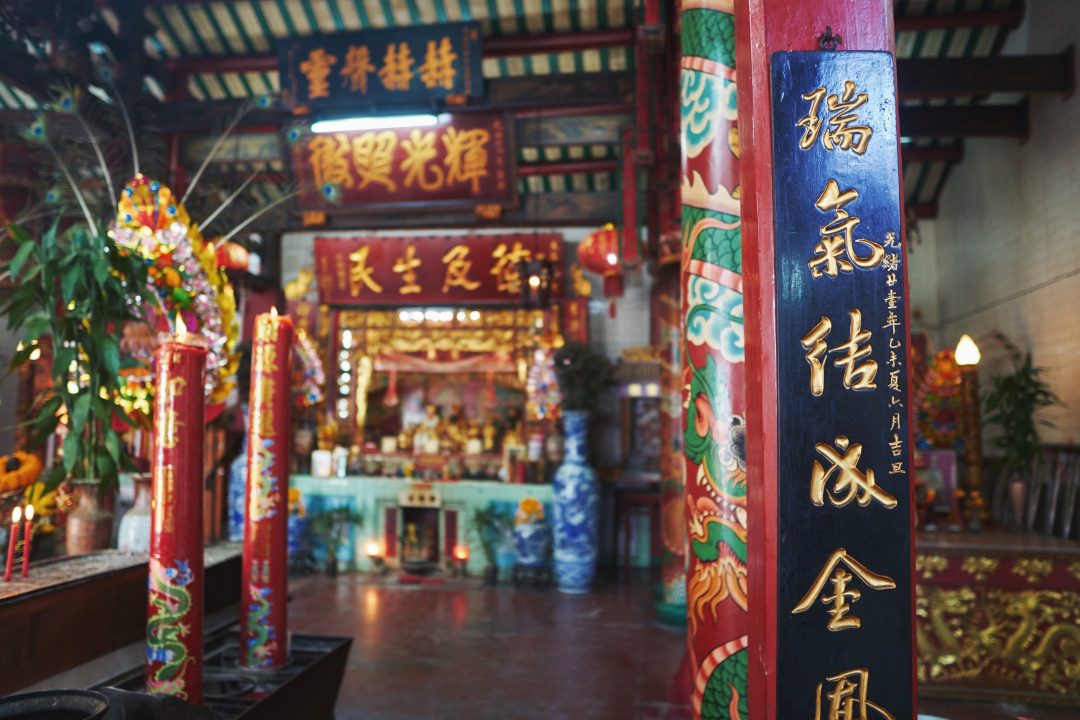 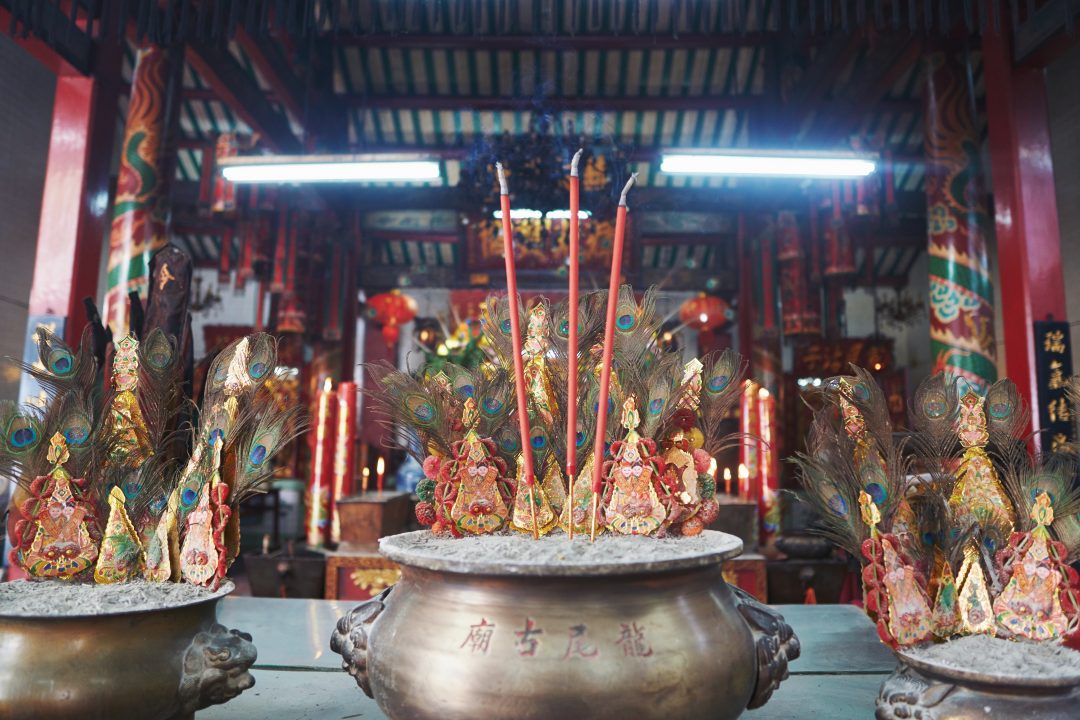 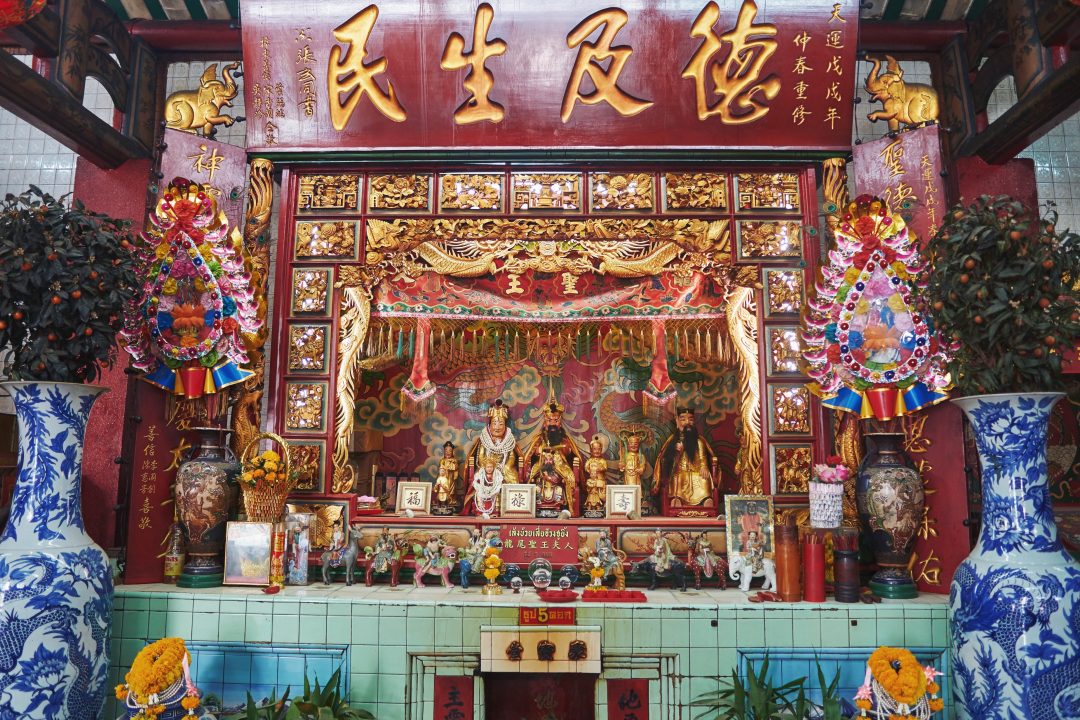 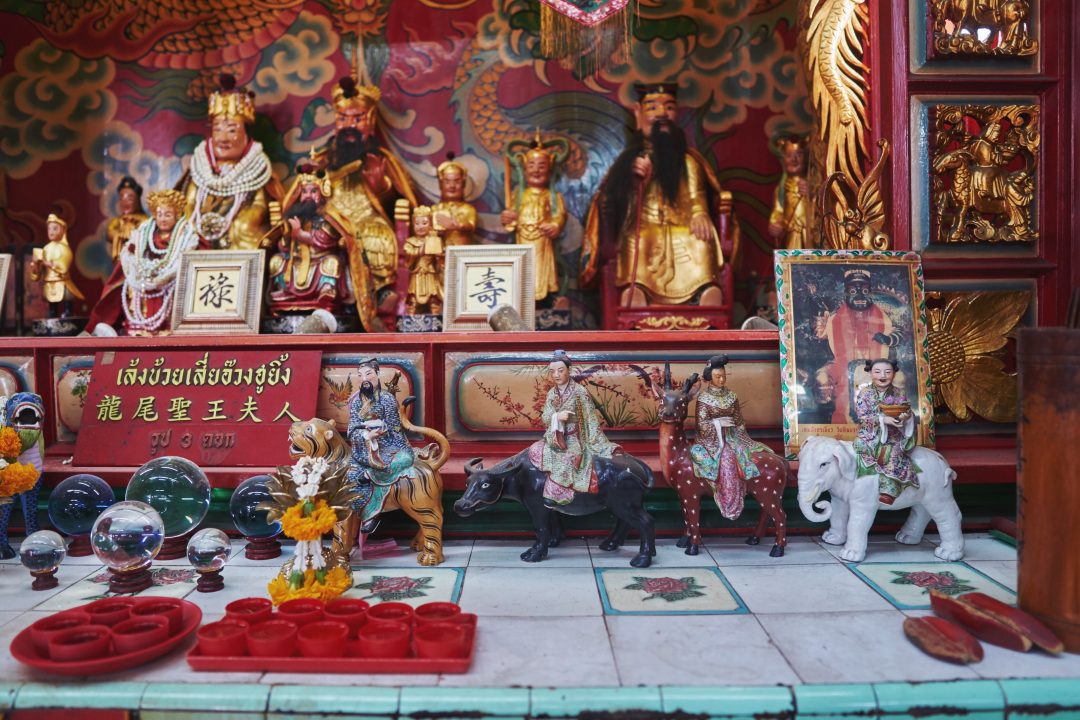 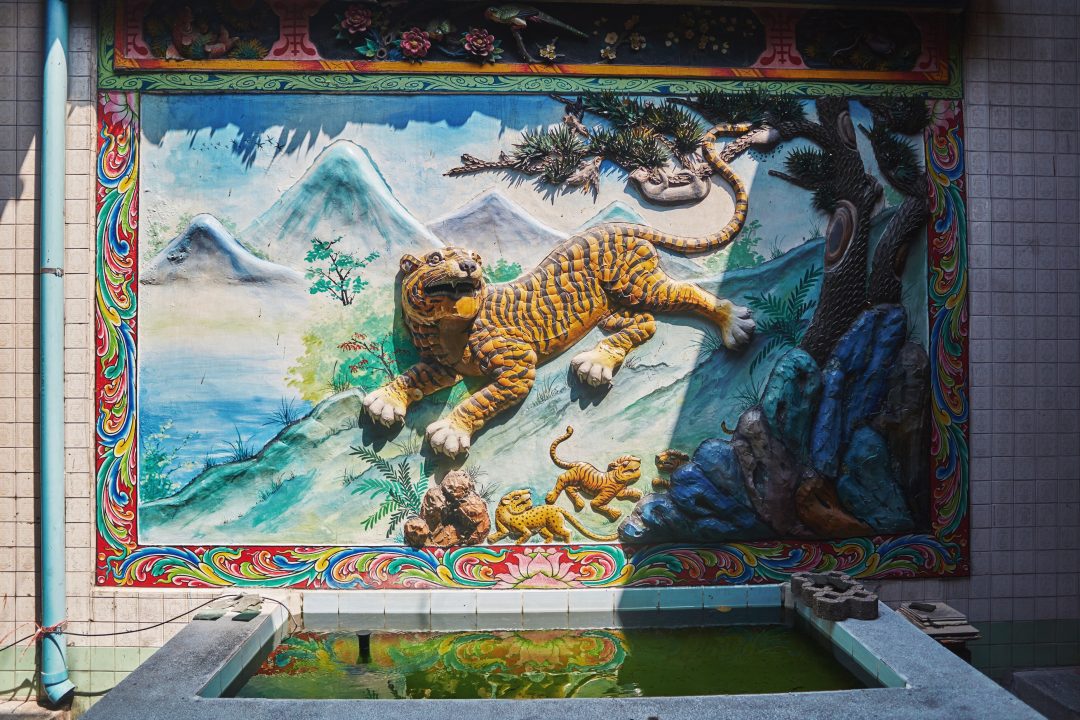 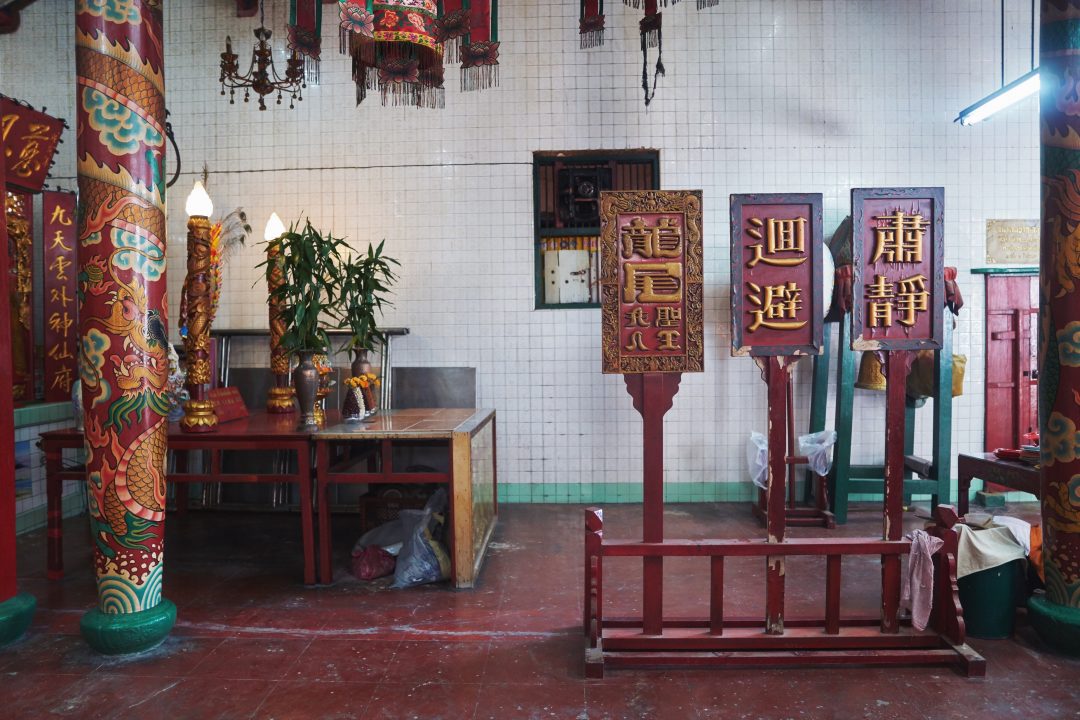 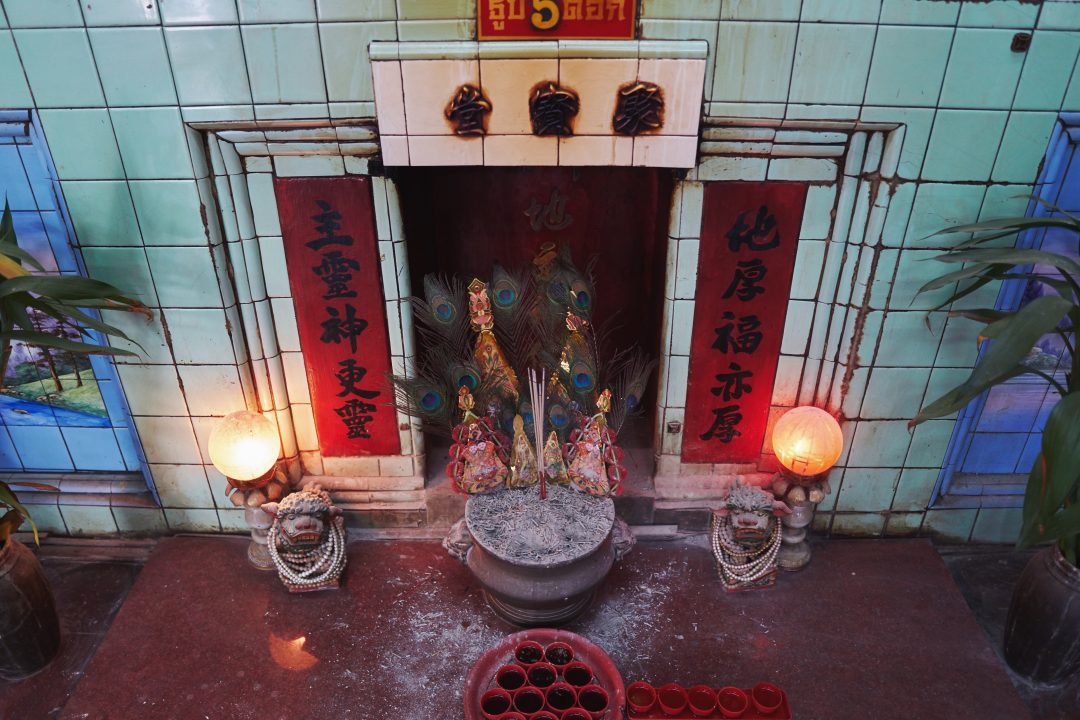 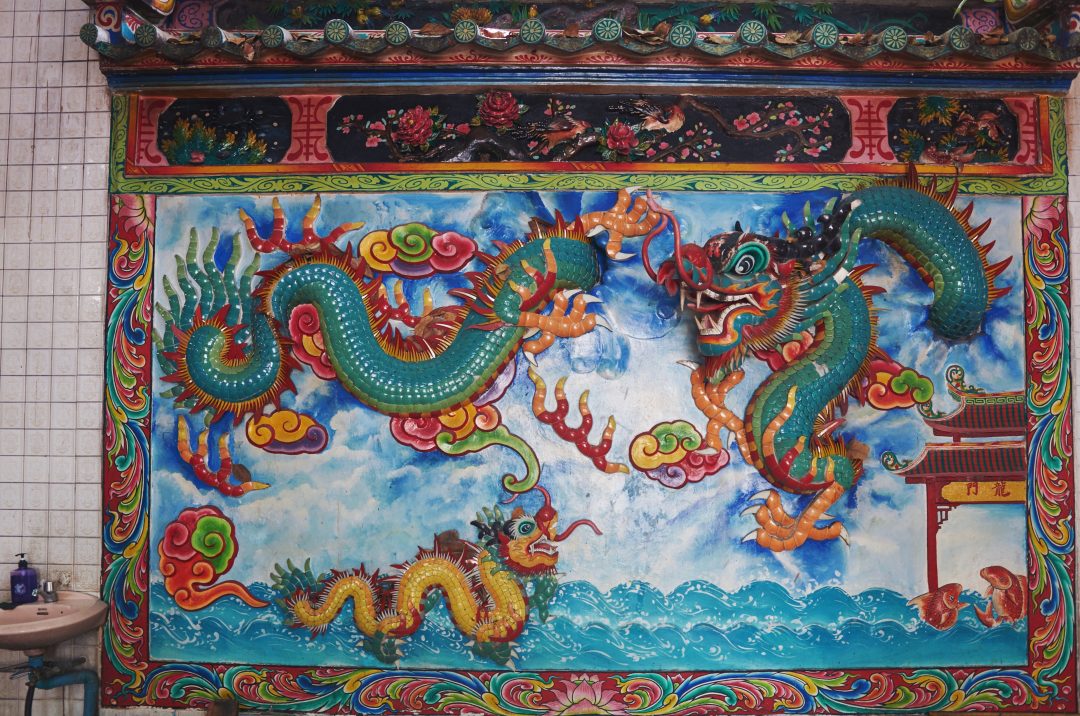 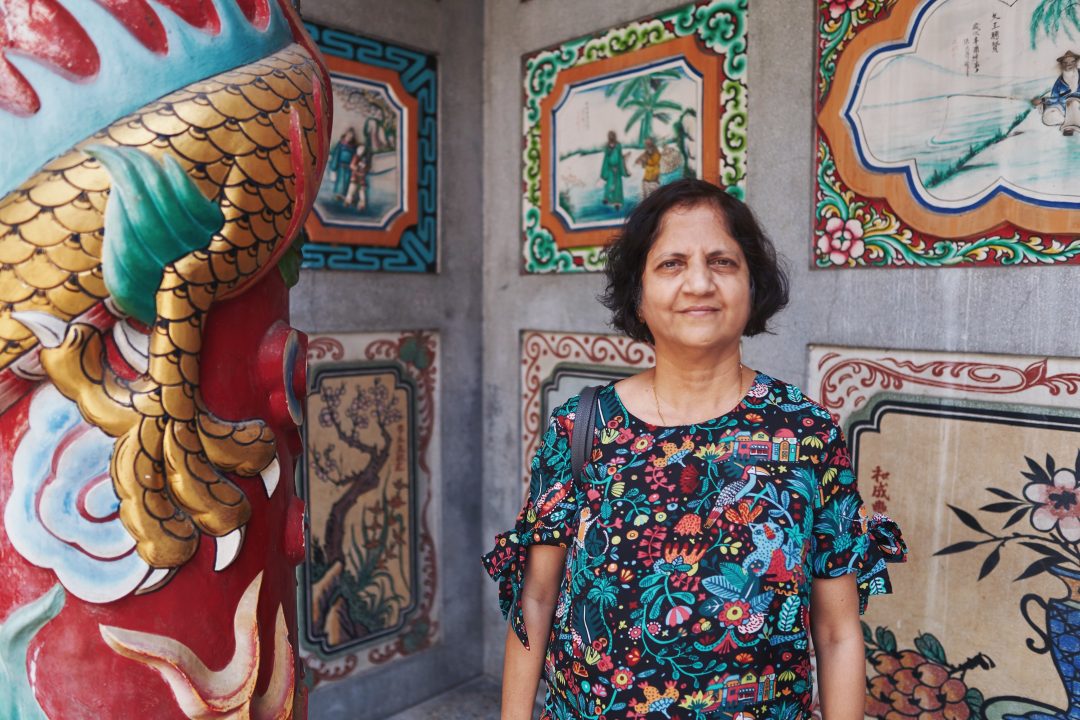 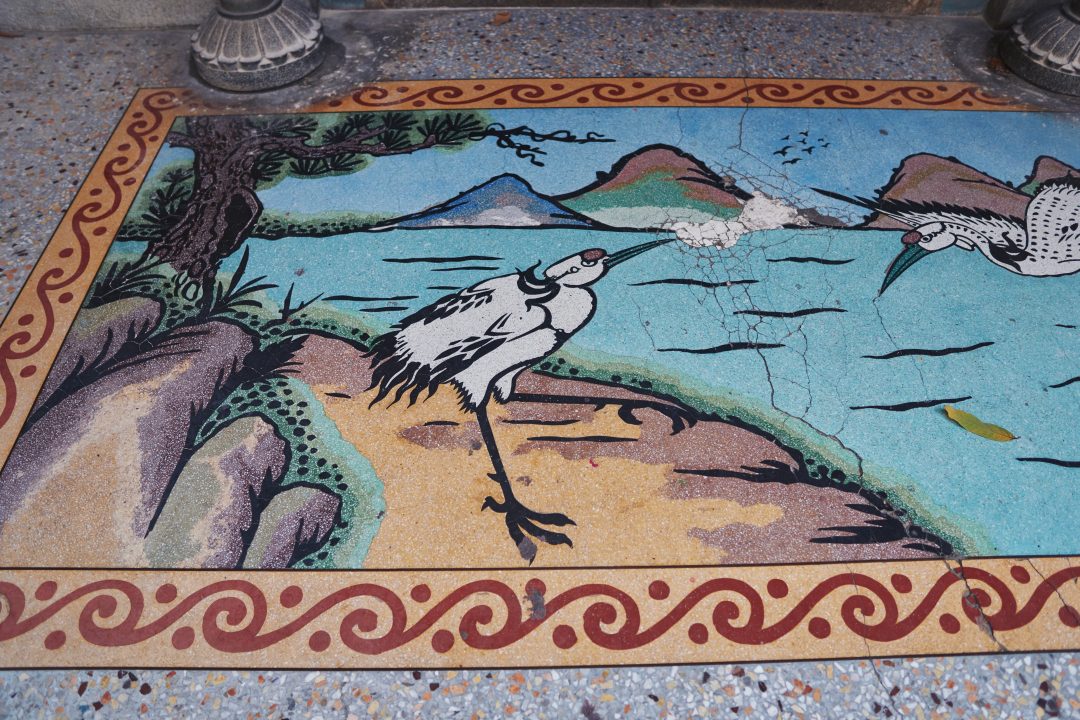 I don’t know much more about it (& there doesn’t seem to be much information out there either!) but it is truly such a gorgeous & peaceful place that’s quite well preserved, it’s worth the extra effort you’ll need to locate it. 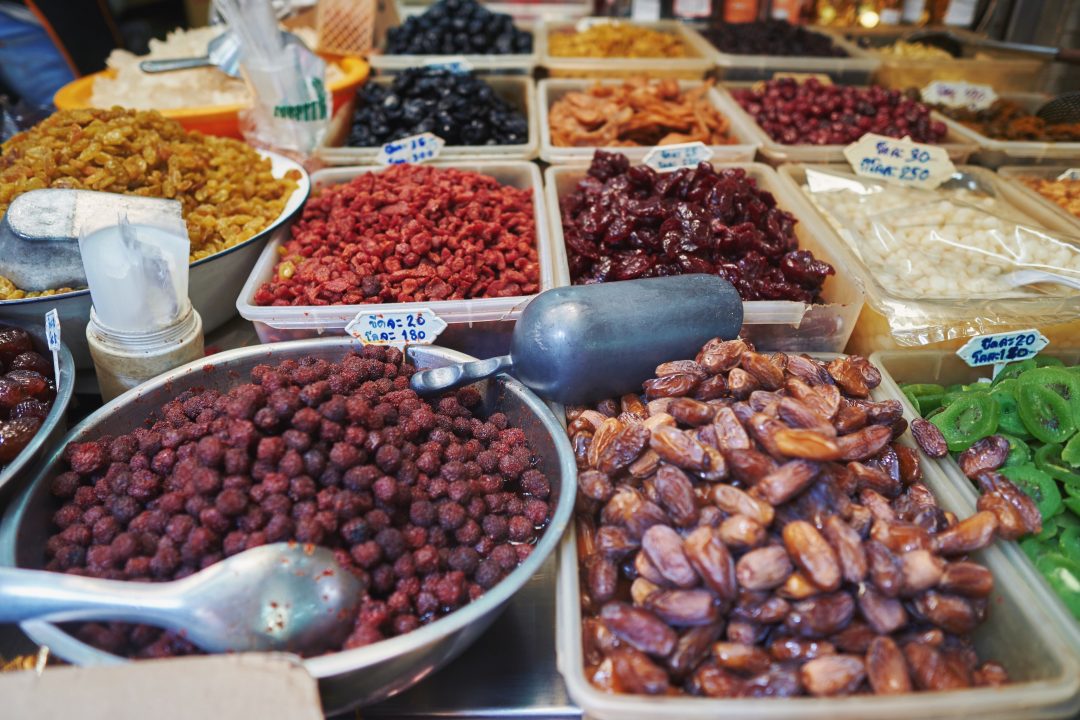 Preserved / candied fruits in the lane leading up to the temple. Mom found great sunflower seeds here (she’s obsessed!) & I was happy to pet the many sassy shop cats.

If you’d like to see my videos featuring the shrine, our first visit during lunar new year was chronicled in this vlog & this year’s visit can be seen here. Don’t forget to check out my THAILAND category for more blog posts about one of my favorite countries to visit!