Magali Vaz August 29, 2012
share
We stumbled on Madras Coffe House completely by accident. We did a bit of shopping in the area, we were tired & hungry & wanted to go somewhere simple for lunch. We popped into McDonalds, but it was the lunch hour & there were a lot of college kids there just lingering around so we left & kept walking till we landed outside Madras Coffee House & I suggested we check it out. Madras is a city in South India (now called Chennai). We were greeted at the entrance by a very large statue of Ganesh with some raw crystals placed in front of it. That alone is usually enough to signal that there won’t be any meat served there.
One glance around the place & you can tell it’s old. It’s probably been in the same family for a few generations & it looks like they haven’t done any sort of renovation for quite a while other. Don’t let the bright photos fool you either – It’s very derelict & dark. It’s pretty large, with a very high ceiling but is lit only by two tube lights that look like they’re on the verge of burning out & the harsh sunlight that streams in from the small doorway. Without using a flash, I had to keep my hands steady for a longer exposure to make sure these photos were well lit.
We ordered Masala Dosa & Dahi Vada (vadas in curd, which you can see in the background). They weren’t anything special… there’s a South Indian restaurant just 200 mts away from my home in Mumbai. Theirs is just as good, clean, cheap & they home deliver. 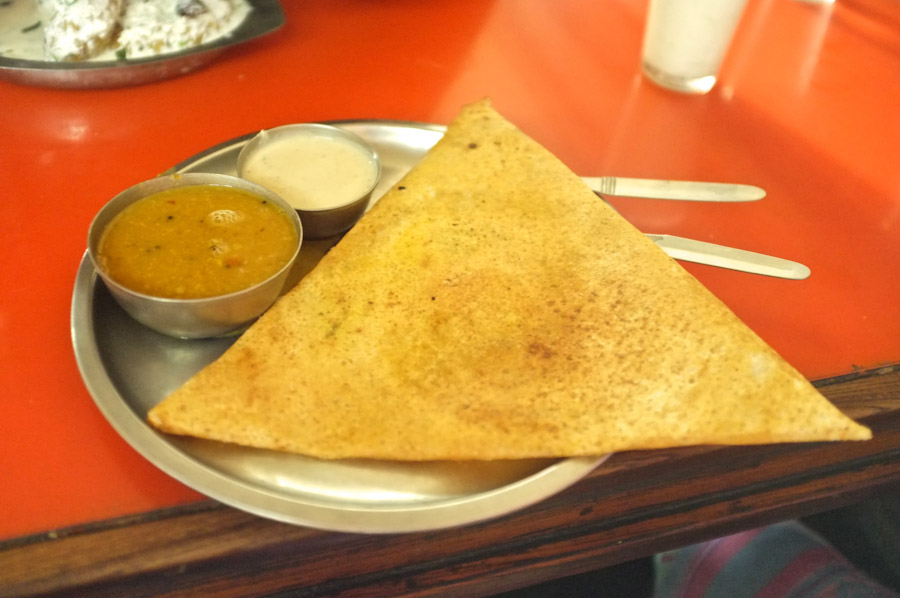 What I really really liked was this masala chaas (spiced buttermilk). I’ve had buttermilk a couple of times before but not like this. It was cool, & spicy with chillies, mustard, curry leaves & coriander. I think it was amazing. 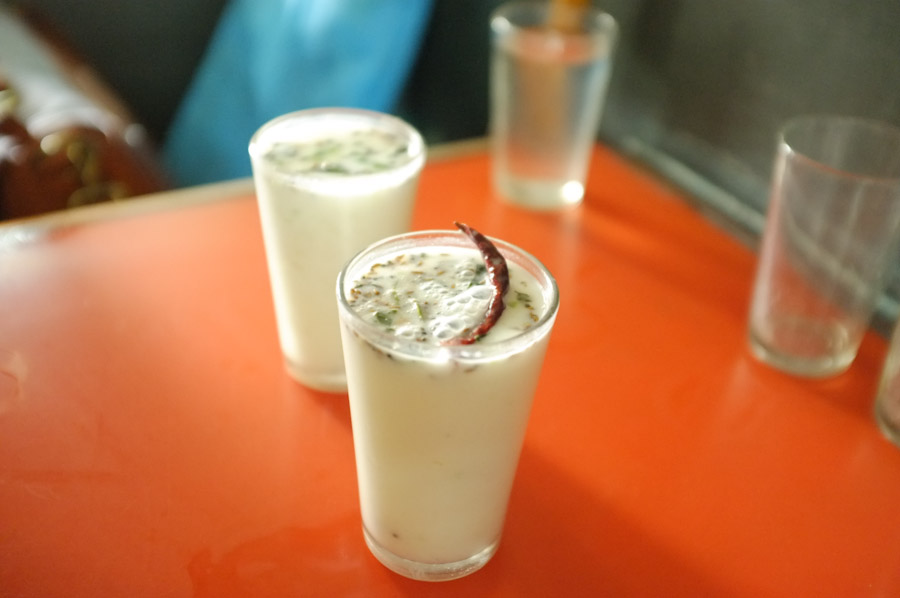 I had planned to try the legendary madras filter coffee afterwards, but I have the stomach the size of a small bird so I was pretty full. I’m definitely regretting it a little.
We have no dearth of good South Indian food in Mumbai, but Delhi, which is in North India is not as lucky. So if you’re in Delhi & looking for authentic South Indian food, go here. If not, go for the chaas at least.