Magali Vaz November 25, 2012
share
My love for tea is just a few months old but still going strong, especially since I’ve been avoiding caffeine for a while. The last tea discovery post featured an international brand, but I am definitely going to be focussing on more local tea brands, because India is responsible for some of the best tea in the world.
The reason I’ve haven’t tried Indian teas so long is because of the lack of variety of teas available here. We are one of the largest tea producers in the world & big consumers too. Everyone from a daily wage worker to a businessman drinks at least two cups of tea a day (My own dad is known to have four large mugs every single day). There’s tea available everywhere, but most of them are the same. Assam, Darjeeling, whatever they’re all just black teas meant to be drunk the same way, with milk & some sugar (the westerners know this as chai, the Hindi word for tea). There’s hardly any variety beyond that, & when I first got into tea I was more interested in trying unique flavors. I had just about given up finding an Indian tea brand I liked. 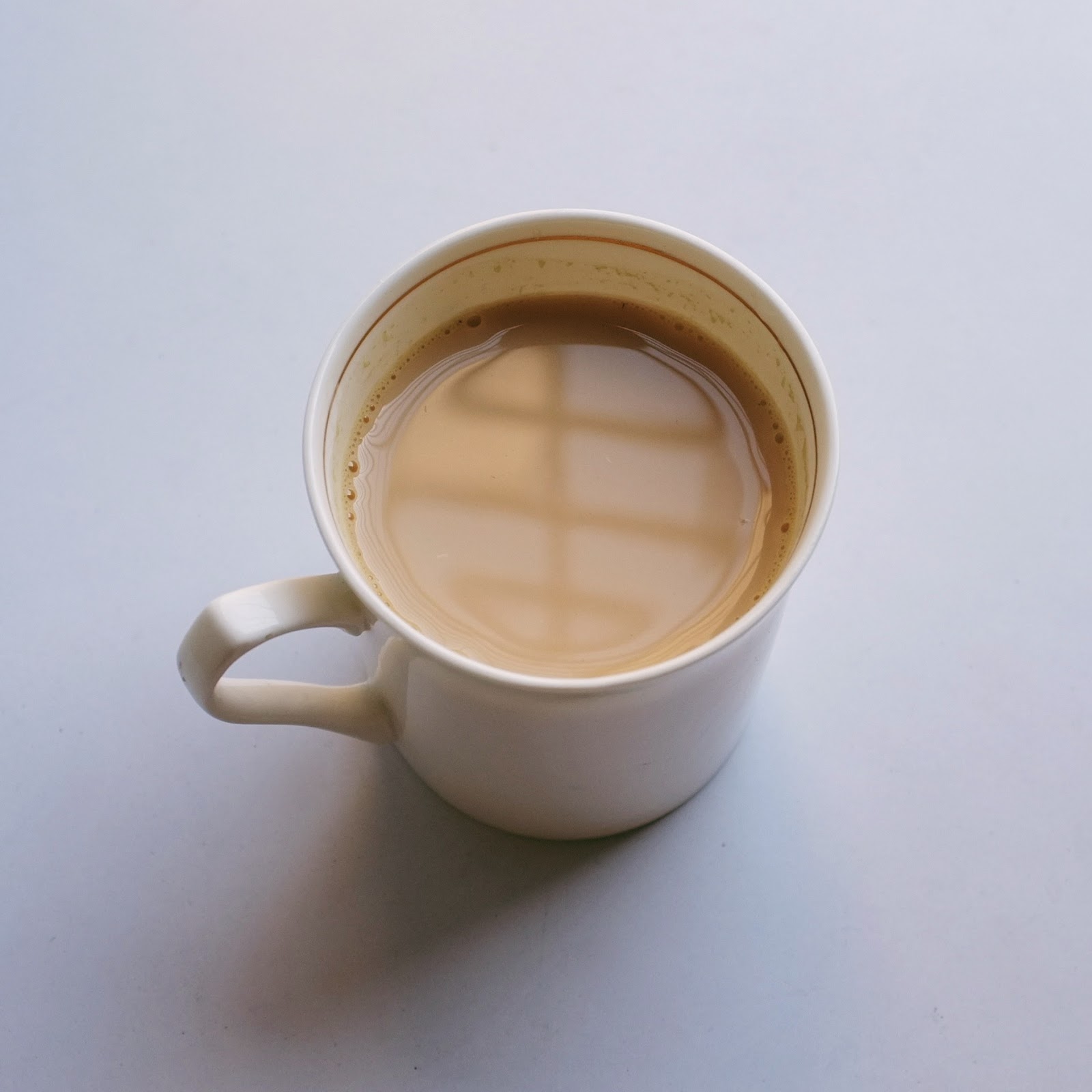 Anyone who grew up around the time I did will probably remember Society Tea from their minimalist, tasteful television ads in the 90s. (They still make lovely ads, in case you’re curious). But then years passed & I all but forgot about Society Tea. That is, until a few months ago when I rediscovered them via social media. The concept of social media is yet to catch on for a vast majority of Indian brands & I loved their facebook, twitter & blog, all done & devoted to the love of tea, rather than being constantly self promotional. So this lead me to their website to check out their range- it includes leaf, dust (fine powder), tea bags, premium, ice tea, & instant. And I found that within leaf tea, they had flavors, hooray! So I got hold of them ASAP (they weren’t too easy to find, but after asking them on twitter I was finally able to buy them).

They come in two flavors, both inherently Indian – masala tea & tea with ginger, lemon grass & mint. They’re not loose lea teas like I earlier expected but are produced using the CTC (crush, tear, curl method). They have smaller packs too but I prefer the plastic jars – handy, slightly more economical & nice to look at too. 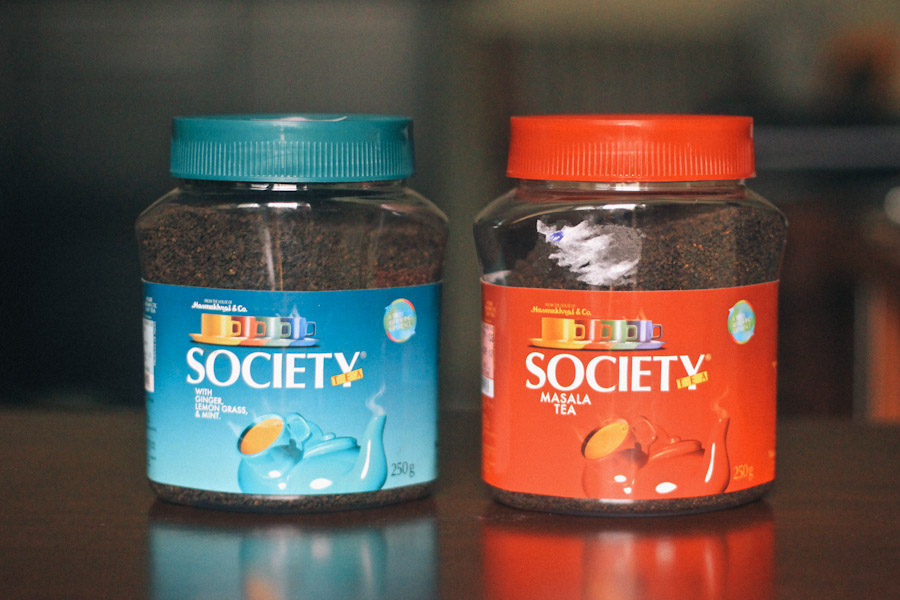 Their masala tea is quite nice. I’d been hooked on masala tea for a while, which I prepared by brewing the tea & adding powdered masala separately. Call me lazy, but I love the Society Tea one because I don’t have to add anything else, it makes the brewing easier. There’s just the right amount of masala in it, too. I gave my mom’s Indian-Canadian friend one jar & she said it reminded her of India a lot & she drank it often at Canada.
But in my opinion the real winner among the two is the ginger, lemon grass & mint tea. It’s just the perfect combination of pungent & soothing, truly a treat for the senses. Mom & me have been drinking this one a lot, especially at nights when we’re sitting at our respective computers. After this, I’m definitely looking to try ST’s other offerings too.
I definitely recommend these, they’re so flavourful & just Rs. 90 for 250 gms, nicely priced too.
Do you like drinking tea? I’d love to know which kind (or brand) is your favorite! 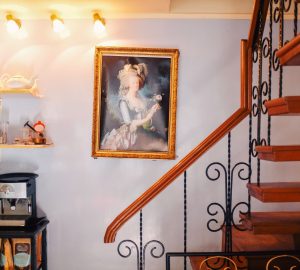 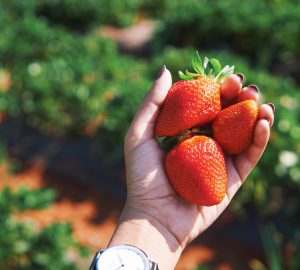 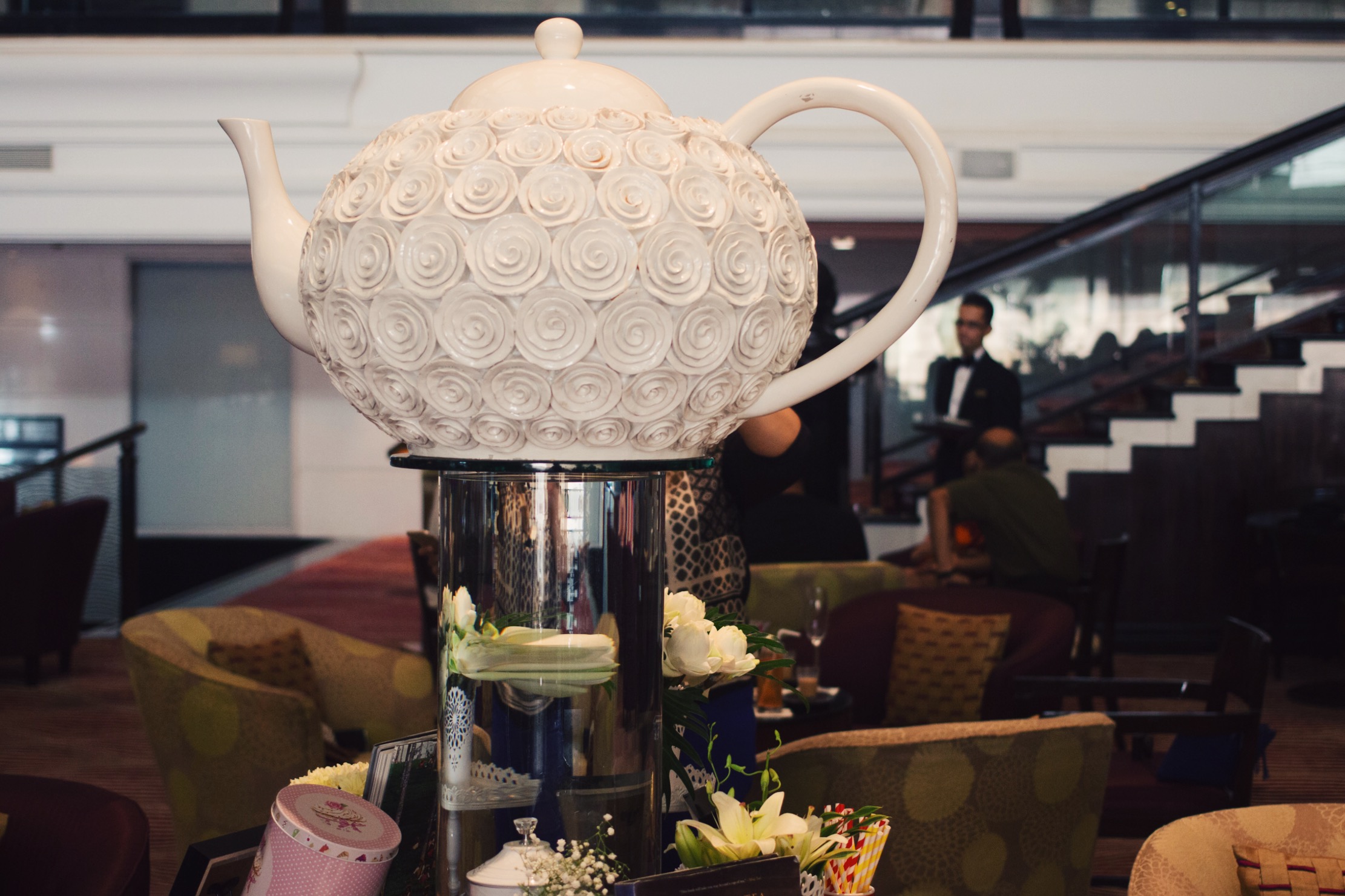