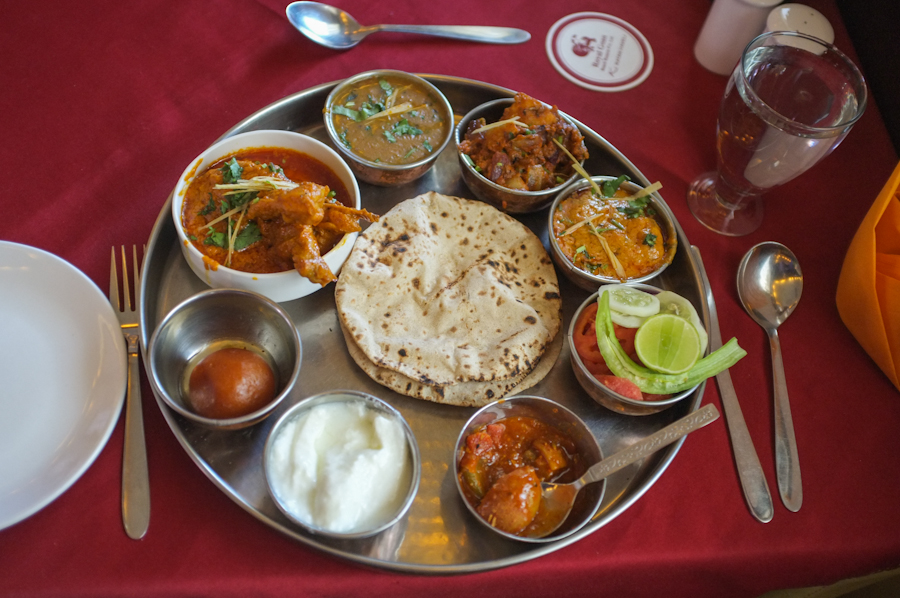 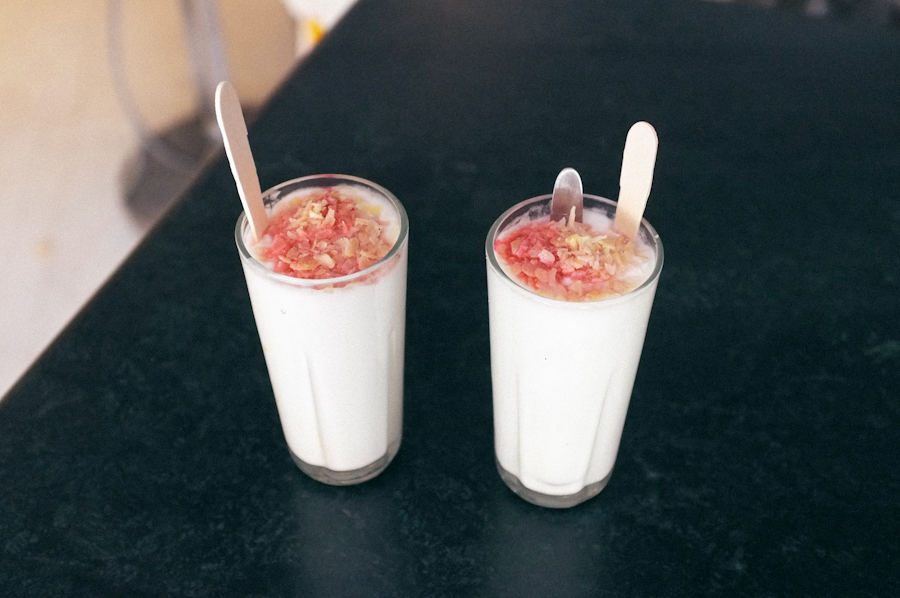 non-veg thali at dhola maru, sweet lassi at l.m.b.
Would you believe that I wasn’t really interested in going to Jaipur? A few years ago the thought of all the historical buildings would have really excited me, but now- nothing. But my mom really really wanted to go (she even saved a Jaipur-specific magazine issue from a few years ago) so I just went with it. And like so many times before, she was right because Jaipur was amazing.
Rajasthani food is predominantly vegetarian & almost always spicy. Unlike many resorts we stay at, our room in Jaipur was like a hotel – no kitchen. The hotel’s restaurant was called Dhola Maru (named after is Rajasthani folk tale similar to Romeo & Juliet) & it was a a nice little place, though the menu wasn’t extensive, they served meat & the staff was very courteous (in true Rajasthani fashion). The thali (pictured above) is named after the metal plate it’s served in. It’s basically available throughout India, but dishes wary by region. This one had one dish of chicken, two vegetables, one daal, parathas, a simple salad, pickle, curd & Gulaab Jamun (dessert). The only problem was that the food was always very spicy, no matter how many times we asked them to tone it down. Now don’t get me wrong, I like spicy food. But this was fire. We kept ordering random dishes & hoping for the best. But when one dinner gave me headaches persistent for two days, we knew we had to stop eating there. We tried some other restaurants in the city that were just OK. Then one day during our rambling walks in the vicinity of Hawa Mahal, we came across a quaint lane known as Gopal Ji ka rasta (literal translation: Mr Gopal’s lane/path) It was full of two things: jewellers & sweet shops. There, at a small, slightly derelict restaurant, I tasted the most perfect Paneer Butter Masala & stuffed parathas I have ever tasted.
Also notable: the sweet lassi (a yoghurt drink) at LMB. While lassi in Mumbai is whipped & very light, the one at LMB was very thick, served with a scoop of cream – delicious, filling & obviously quite fattening too.
Since we did a lot of shopping in Jaipur I’m wondering whether I should do a post on shopping tips, would anyone be interested in that?

Good Fortune is Coming to You