There used to be a time when feature packed smartphones costed an arm & leg. But as time passes, more & more great phones smartphones are becoming available – ones that really have good features & specifications at a wholly affordable rate.

I recently got the chance to test the newly launched Intex Cloud 4G Star for a couple of weeks (one of which coincided with Lakmé Fashion Week aka the busiest week of the year). It was the first time I was trying something from Intex, so I didn’t really know what to expect.

First let’s get to what was in the box. If you watch the short video I made below, the first part of it has a clip from when I opened the box for the first time. Other than the phone itself, charging cable & earphones, I was quite impressed to see two additional screenguards & a textured, translucent snap-on case included. With most other phone manufacturers these things have to be purchased additionally.

The phone is quite smart looking too! I have the black variant but it’s also available in champagne. It’s smooth with a curved, brushed metal back that sits very comfortably in my hand. The phone cover adds a bit more texture without the bulk, making it further slip proof if you so desire.
Airtel has recently released 4G (LTE) connectivity for smartphones in Mumbai & many other service providers are going to follow suit quite soon! As the name of the phone states, the Intex Cloud is completely 4G compatible. It’s also dual sim, with a 5-inch HD display that displays colors brilliantly. 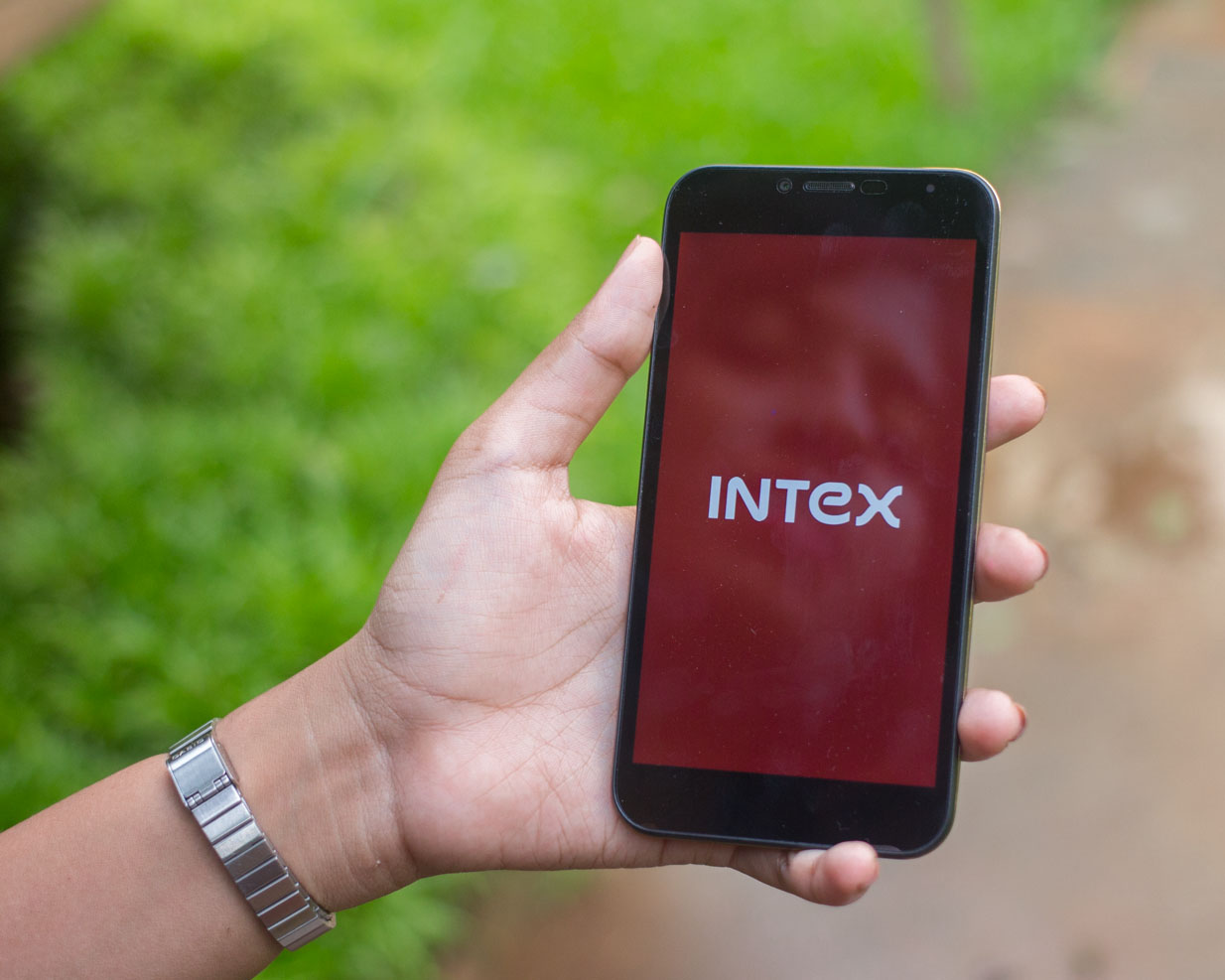 The Intex Cloud is also powered by 1.3 GHz quad-core MediaTek MT6735 64-bit processor and runs on Android 5.0 Lollipop. I downloaded & installed my most used apps- twitter, instagram, vine, facebook, periscope, google chrome & dropbox (mostly social media, no surprises there right?)
Everything worked really smoothly with no lag whatsoever. Even did a couple of Periscope broadcasts from there (I’m @magali – are you following me yet? :)) 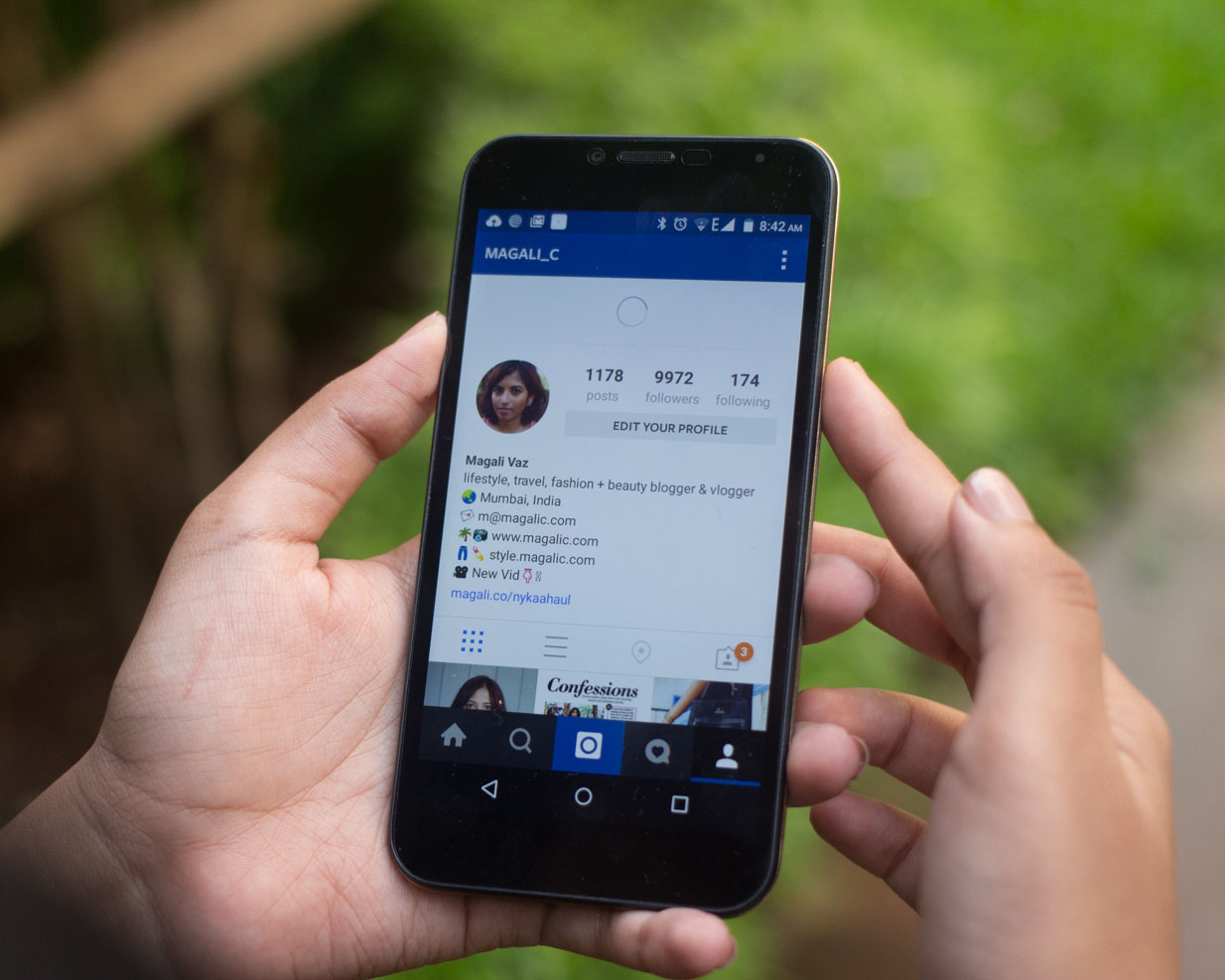 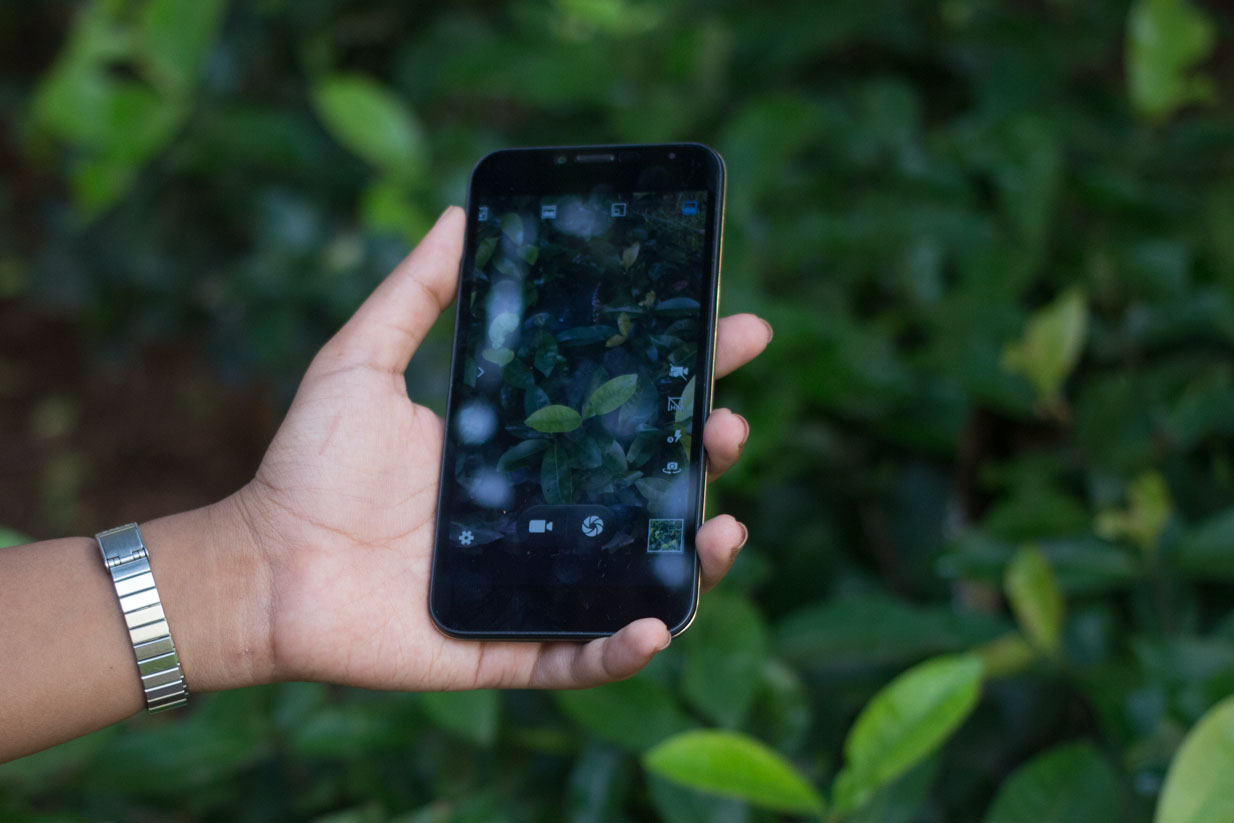 And lastly, let’s get to one of the most important things for me – the camera. The Intex Cloud 4G Star comes equipped with with a 13MP camera & a 5 MP front camera. The camera focuses easily with just a tap & chimes once it’s in focus. Depending on where you tap too, the exposure is perfect – I tested this by focussing on lighter & darker parts in the same frame & it quickly recognised the correct exposure. See an example of the foliage photo in my video above – both straight out of the camera & edited a bit (just some artsy filters).

As a fashion / beauty blogger selfies are pretty much part of my job description & this captures selfies that are bright & crisp, even in lower lighting situations.

Overall using the Intex Cloud 4G Star was a very pleasant experience. It didn’t disappoint me in any way, it was an absolute breeze to use & the whole experience was made even sweeter with it’s affordable price tag. It has been declared as the best smartphone under ₹10,000 & after using it I can definitely agree with that & recommend it
The Intex Cloud 4G is available online exclusively on Flipkart at ₹7,299.

What I Wore | The Black Maxi