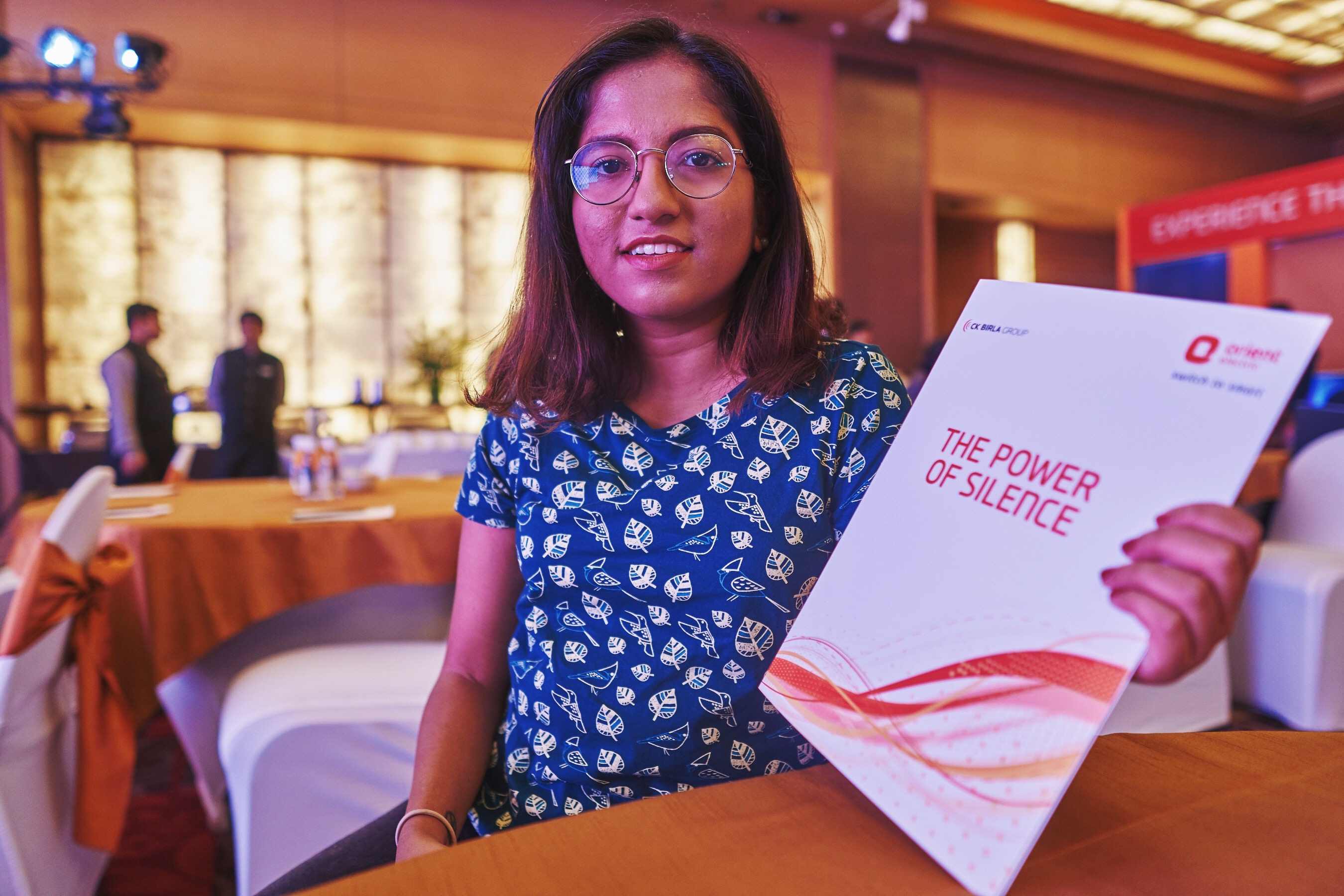 Last week, while on the way back from Ahmedabad I made a little pit stop at Delhi for a very exciting launch. A lot of it was shrouded in mystery, which in my case just builds up a lot more anticipation. All that I knew Orient was introducing something new to their celebrated AeroSeries aerodynamic ceiling fan lineup.

All of us have ceiling fans at home. Probably a minimum of one in every room. But we’ve never given them much thought. They look the same (with very minor variations), they perform the same. I feel like other than very minor aesthetic changes (usually just the color / print & not shape) fans haven’t changed much my entire life. And I appreciate how Orient’s trying to change that & innovate a lot with their newest fan, the Orient AeroStorm. 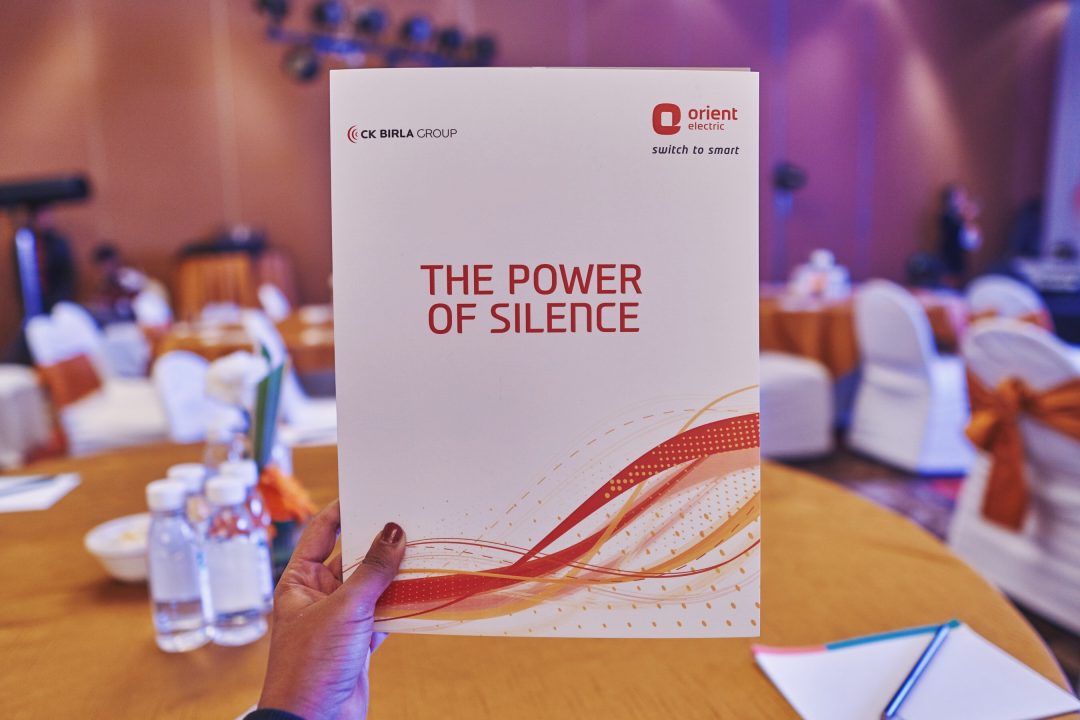 Something we heard about a lot at the event was silence. Our outdoors are noisy – our homes don’t have to be. Most ceiling fans actually generate a lot of noise that we’ve just learnt to live with & we hardly notice until the fan’s switched off. 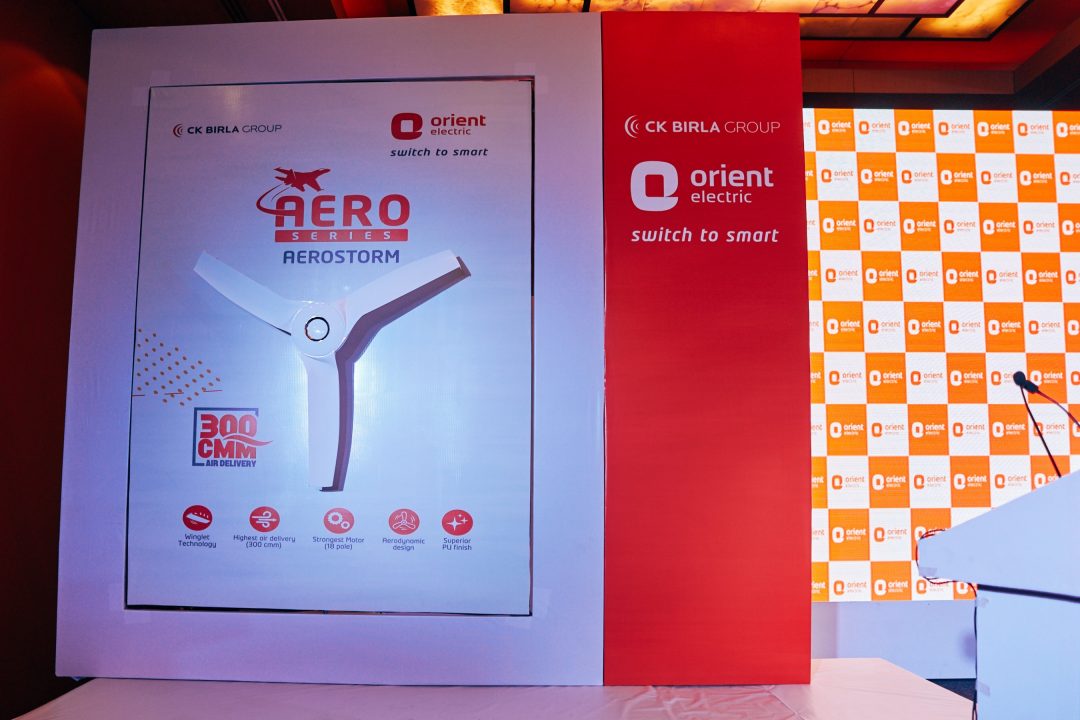 To demonstrate, Orient set up a booth where we could experience a normal fan alongside the new AeroStorm. The difference in noise level was astounding. At lower number, there’s virtually no sound. When you set the fan at maximum speed, there is some sound but it’s still so much quieter than ordinary fans. But of course, lack of noise isn’t the only thing they’re innovating with. In fact, the AeroStorm is designed from the ground up to look like no other fan out there. It’s eye catching & attractive, with the blades actually inspired from aircraft wings! The end even has a tipped winglet design, something that helps to minimize vortex & noise. The fans aren’t metal, but made of high quality ABS with PU paint – the biggest benefit being, they won’t rust (something we experienced with our current fans already!) & the paint will stay glossy and be very easy to clean. There’s also this stylish metallic UV ring in the middle that just adds a bit of pizzaz to the design. 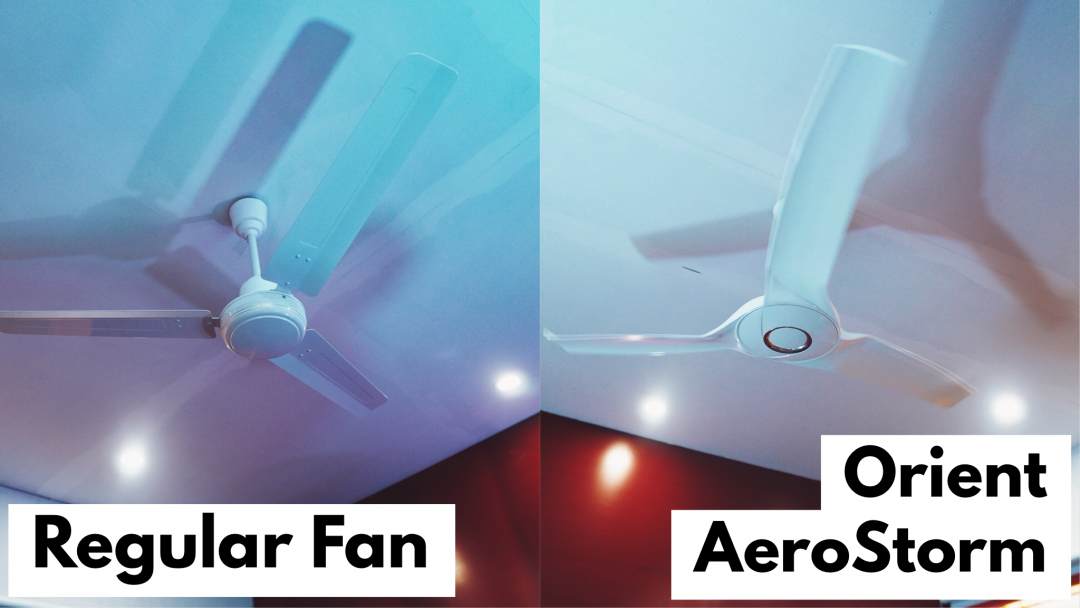 Although the new AeroStorm was undoubtedly the star of the show, Orient Electric has also expanded the existing AeroSeries fans – the AeroQuiet, which was originally available in white has a range of attractive colours, including caramel. 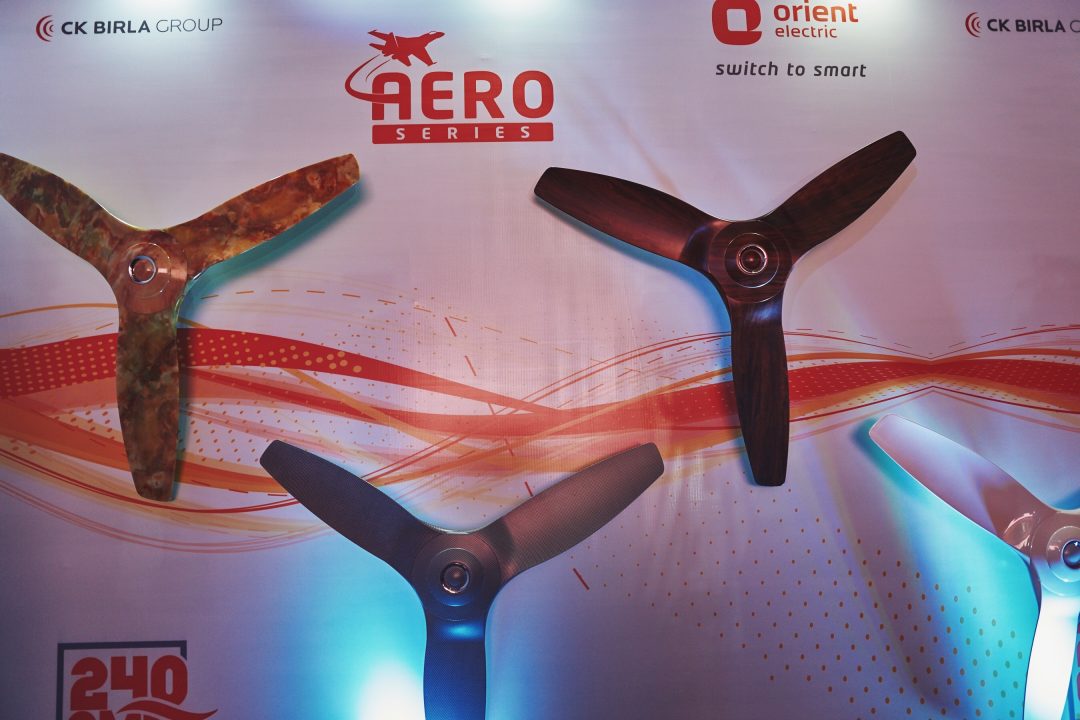 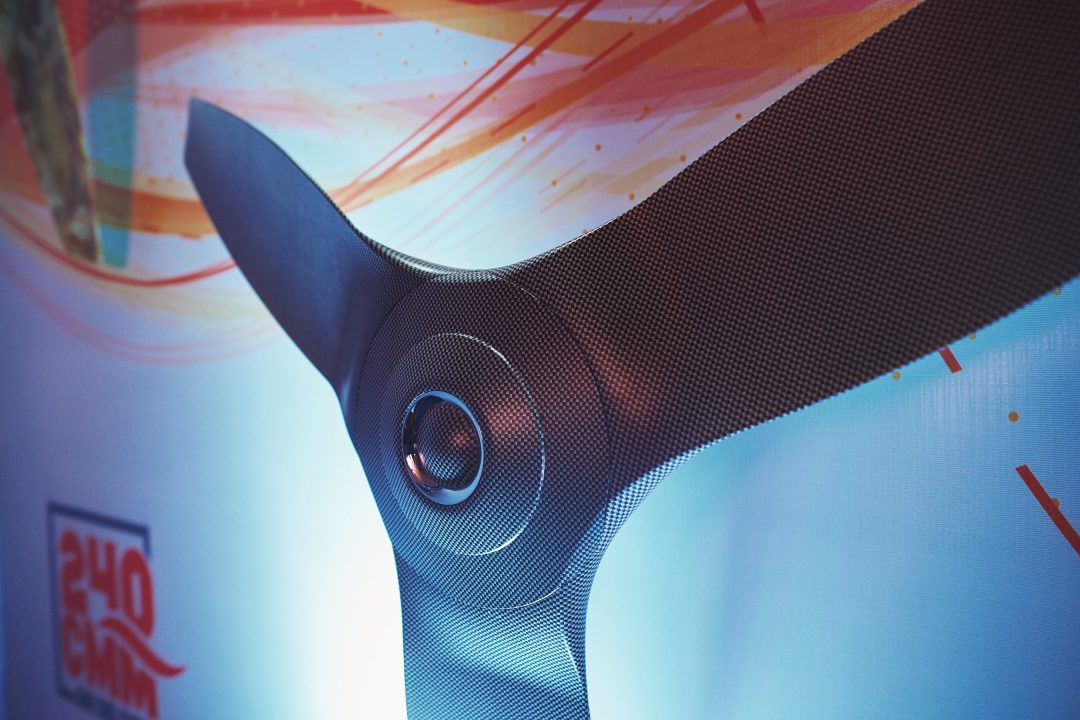 There’s also the AeroLite that adds a light fixture to the fan & AeroBLDC which even has a remote control function. 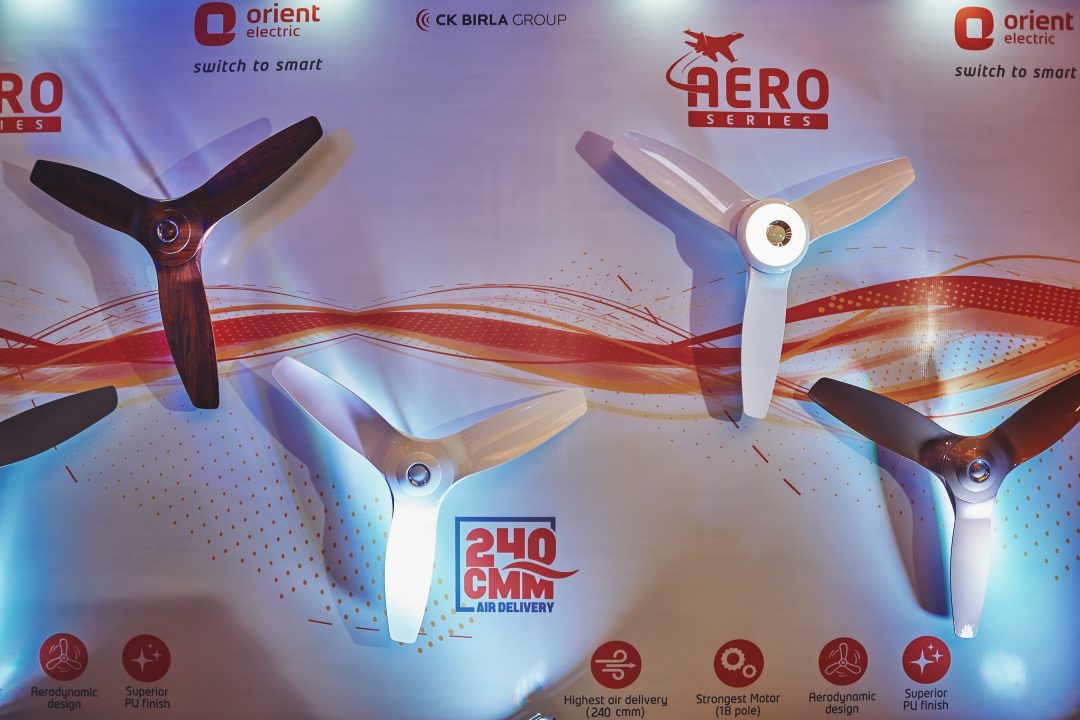 The new Orient AeroStorm is currently available online on Amazon India at an attractive launch price, it’ll also be in stores really soon.

I blog about lifestyles, electronics, décor & homes pretty often, but I’ll be the first to admit, I never thought I’d get this excited about a ceiling fan. I always love when brands innovate to bring us better, more efficient products. I was quite awed by the fans at the demo, & I’ll be switching to AeroStorm fans in the living room later this week & I’ll be documenting the switch on YouTube! x

How I Stay Curious & Creative 💫

Have You Heard of the Best Distillery in Karnataka? 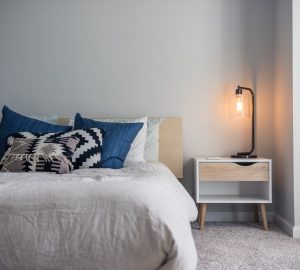 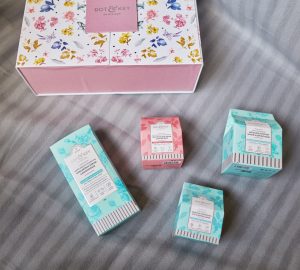