Magali Vaz November 25, 2009
share
Today (25th of November) is the International Day for the Elimination of Violence against Women (White Ribbon Day in Australia & New Zealand.) 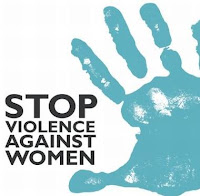 Today I would like to share something different with my blog readers. Since the last 3 days, I have been writing 55 fiction. I found it pretty weird because I used to write some fiction in my school days, but then lost touch. I don’t think they’re great by any literary standards, but I hope to get better. The one I’m going to share right now was originally written on the 23rd (day before yesterday.) It’s the second one I wrote, & planned to share it later. But when I found out what today was, I knew today is the right time.
So without further ado, here goes-

He handed her the flowers, and promised her it was the last time. That he’d change.
She believed him, like she always had. He seemed so sincere.
But as always, history repeated itself. False promises were made, flowers were gifted.
She accepted both… again.
The next time she got flowers, they were on her grave.

This sends out a message to victims of domestic violence. I know that it’s not easy, but you’ve got to stand up to him. Before it’s too late. This was inspired by a poem we had in school.
I would love to hear your views on my 55 fiction.

Remember the Bell Bajao campaign against Domestic Violence? The message it sent out was simple. When you know that there’s domestic violence occurring, (at a home near you) don’t be a silent spectator. Ring the bell.
Let us pledge to all try our best to stop domestic violence in whatever way we can. Spread awareness. Help victims. Ring the bell, whatever. As long as we do not remain silent spectators to crimes against women.