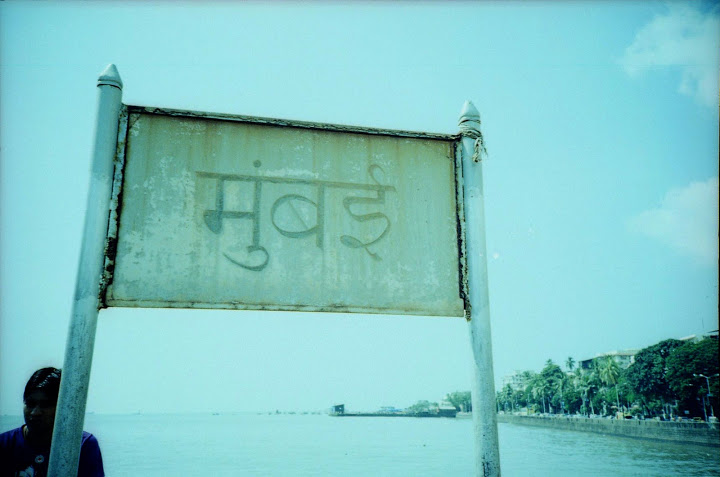 According to ancient history, a grouping of seven islands comprising Colaba, Mazagaon, Old Woman’s Island, Wadala, Mahim, Parel, and Matunga-Sion formed a part of the kingdom of Ashoka the Great of Magadh, ironically in North India.

The Bhaiyas and Biharis whom the Thackerays accuse of being outsiders in Mumbai, come from the region, which was a part of Ashoka the Great’s empire… We judge everything according to history and the history of Mumbai proves that its earliest known ownership was with a North Indian.

The seven islands of Mumbai passed through many hands, the sultans of Gujarat, the Portuguese and the British. Every ruler left behind proof of residence in Mumbai.

The Mauryans left behind the Kanheri, Mahakali and the caves of Gharapuri more popularly called Elephanta. The sultans of Gujarat built the Dargahs at Mahim and Haji Ali, the Portuguese built the two Portuguese churches, one at Prabhadevi and the other St Andrews at Bandra.

The original settlers of the seven islands, the Koli fishermen, worshiped Mumbaidevi, her temple still stands at Babulnath near Chowpatty. The Kolis called the island Mumbai, ‘Mumba, Mother Goddess‘.

In 1662, King Charles II of England married the Portuguese Princess Catherine of Braganza, and received the seven islands of Bom Baia as part of his dowry. Six years later, the British Crown leased the seven islands to the English East India Company for a sum of 10 pounds in gold per annum. It was under the English East India Company that the future megapolis began to take shape, after the first war for independence Bombay once again became a colony of the British Empire .

History has forgotten this but the first Parsi settler came to Bombay in 1640, he was Dorabji Nanabhoy Patel. In 1689-90, a severe plague epidemic broke out in Bombay and most of the European settlers succumbed to it. The Siddi of Janjira attacked in full force. Rustomji Dorabji Patel, a trader and the son of the city’s first Parsi settler, successfully defeated the Siddi with the help of the Kolis and saved Bombay.

Gerald Aungier, Governor of Bombay built the Bombay Castle, an area that is even today referred to as Fort. He also constituted the Courts of law. He brought Gujarati traders, Parsi shipbuilders, Muslim and Hindu manufacturers from the mainland and settled them in Bombay.

The shipbuilding Wadia family of Surat was brought to Bombay by the British. Jamshedji Wadia founded the Bombay Port Trust and built the Princess Dock in 1885 and the Victoria Dock and the Mereweather Dry Docks in 1891. Alexandra Dock was built in 1914.

A Gujarati civil engineer supervised the building of the Gateway of India.

The Tatas made Bombay their headquarters and gave it the iconic Taj Mahal Hotel and India ‘s first civilian airlines, Air India.

This brought about a financial boom in Bombay. Although the mills were owned by Gujaratis, Kutchis, Parsis and Marwaris, the workforce was migrant Maharashtrians from rural Maharashtra . Premchand Roychand, a prosperous Gujarati broker founded the Bombay Stock Exchange. Premchand Roychand donated Rs 2,00,000 to build the Rajabai Tower in 1878.

Mumbai is built on the blood and sweat of all Indians. That is why Bombay belongs to all Indians.

Apart from its original inhabitants, the Kolis, everyone else in Mumbai, including Thackeray’s ‘Marathi Manoos’, are immigrants.

When the Shiv Sena-BJP combine came to power in 1993, under the guise of reverting to the original name they replaced Bombay with Mumbai.

I wonder when they will discard the anglicized Thackeray and revert back to their original Marathi surname Thakre?

This article was written on February 7, 2010 by Tushar Gandhi, founder/president, Mahatma Gandhi Foundation, and the great grandson of Gandhiji. (Thank you to the friend who shared this on Facebook!) Photo by me, on film. It’s of a sign at Gateway of India, it says Mumbai (मुंबई).

It isn’t very often that I post writing that isn’t mine. But this was too good to not post. This may explain why I like calling the city I live in Bombay not Mumbai. Bombay is truly is a cosmopolitan city & I’m glad that I was born & live here.