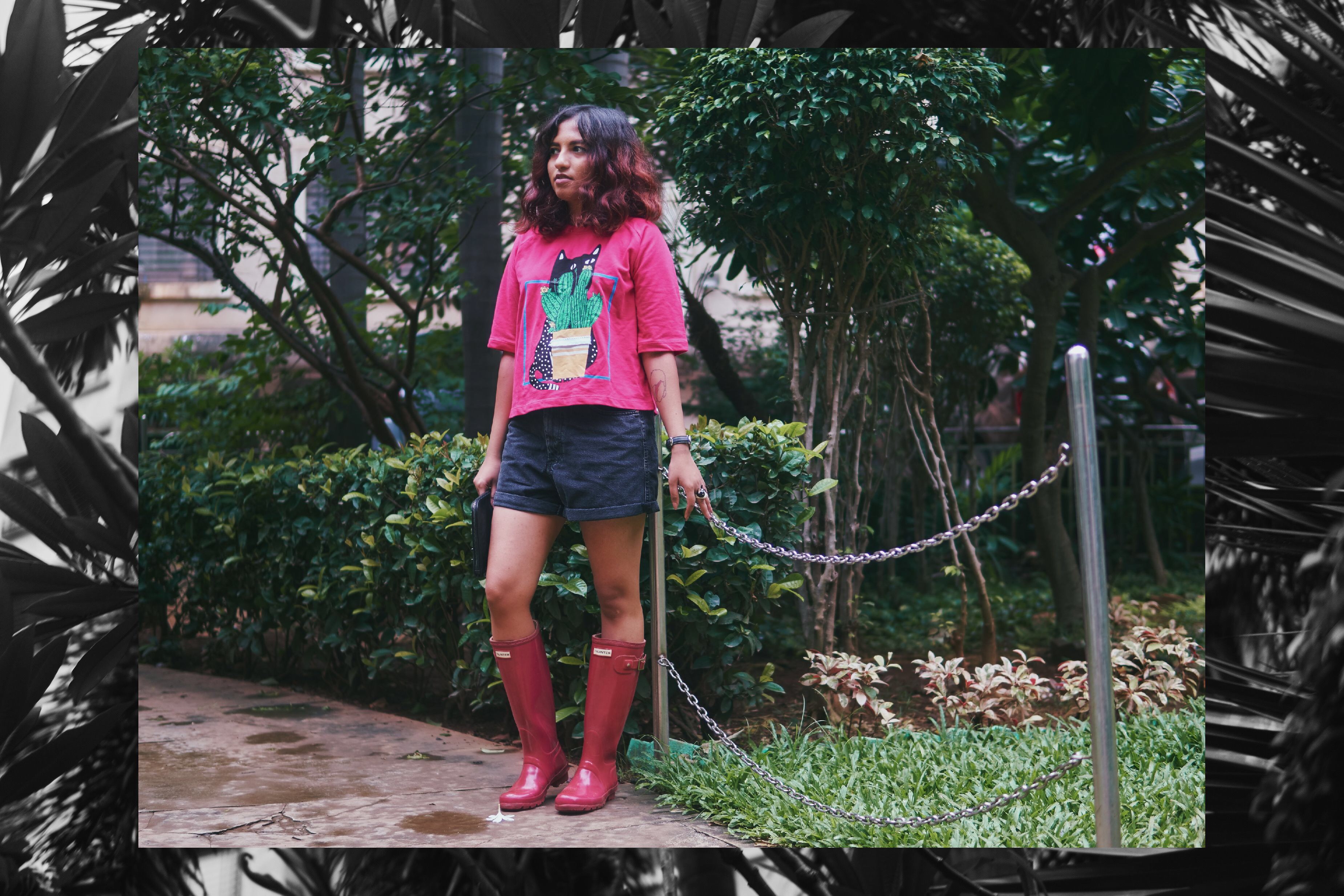 It’s been a fun exercise to see my style evolve through just these monsoon posts – I started out styling these with just jeans, because I pretty much lived in jeans then (& also felt like my legs were too skinny for boots to be honest). As my body changed, I found it easier to experiment with dresses & shorts more often. I do wish that I was more confident in the start. I do also wish, by extension that we didn’t live in a world that demonise both skinny or plus sized people. I try to do my bit but sometimes the effort just feels a bit hopeless? People tend to cling to their biases tightly, so I guess all we can do is work on ourselves.

Now back to those boots – I’m still so pleased with them, although I feel a little sad now because they don’t get as much wear from me as they used to. Hunter boots may be expensive, but they’re made to be worn & they were far more practical during college, or when I took public transport more. Nowadays, I don’t really venture out just for fun in the monsoons, I can also afford the luxury of cabs, which makes these more ornamental. Nevertheless I’ve thrown so much money at ridiculously impractical thing over the years, like fancy branded bags that don’t really outlast the year I buy them (I’m looking at you, Fossil) so this was a good buy. Mumbai’s weather’s getting to it slowly, but I think it has another couple of years in it.

Oh and by the way, how many cats do you count in this look? I’m pretty sure that my extensive cat themed wardrobe has become one of my signatures. I even did a fashion haul video that was so full of cats. I love the tshirt from this look – even though it’s an absurd premise. As anyone who has cats could tell you, cats & large plants do not get along, much less a cactus! Take it from me, I have three. I had to give up on that plant lady dream a while ago. 😢

It’s mid-August now, officially that time of the year when I’m utterly sick & tired of rains, I can’t even muster up any fake enthusiasm. Wherever in the world you are today, I just hope you’re warm & safe. x

Lunch at The Quarter 🍽

The Return of Retro ⚪️