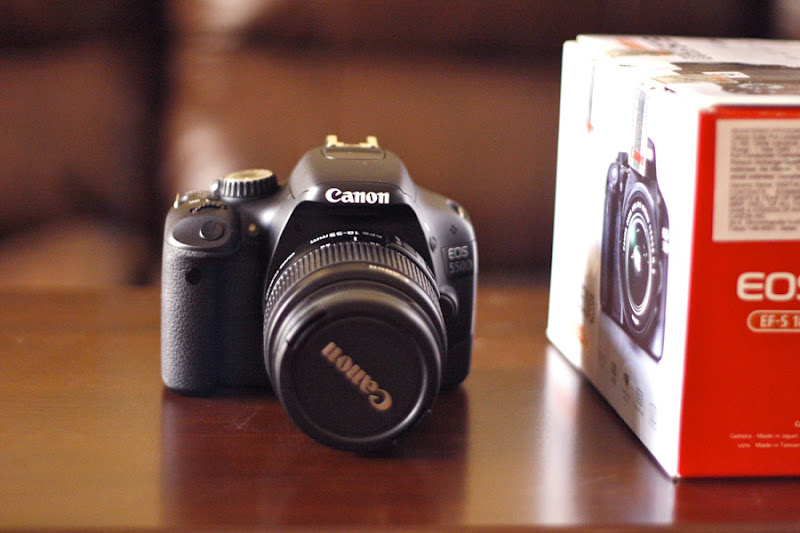 {the new camera, clicked with the old one}
It’s replacing my Canon EOS 1000D (EOS Kiss F in Japan & EOS Rebel XS in USA & Canada).
I still remember my posts back in 2009- thinking about getting the camera & then a very excited post when I got it. And when I read those posts it makes me laugh to think about what a noob I was back then- I had only used a Kodak KB10, a Canon PowerShot A550 & a Leica Digilux 1 before that. All on auto settings. Getting a dslr (even if it was an entry level one) seemed like a very big step- so intimidating. I have learned so much about technical aspects since then… But the thing about photography is there is always more to learn, & room to get better.
I had to think a while about whether I wanted to upgrade. My 1000D still worked well, plus I am shooting a lot more film now. But then I was bored of my old camera, I had used it for a little over two years & decided to get myself a new one. And it made sense to do it jut before embarking on a long trip, so I could carry it along. I have an arrangement with my parents, they pay for it for now & I pay them back in full eventually. I’ve done this before- paying for this particular camera is going to take a while though. Being a grown-up has it’s downsides. [OMG, read the first comment on this post. Mom decided to gift the camera to me & she decided to tell me over a comment on a blog post! =D] For now the differences I am loving are the improved grip, the larger LCD, higher maximum ISO, the dedicated live view button & the capability to auto-focus in live view. It came with the EF-S 15-55mm II lens so I’m going to use it with that plus the EF 50mm f/1.8 II (nifty fifty).
When I think about my photographic journey, the relationship between digital & film is quite funny really. We start from the 1000D – it is digital. With it I learnt the absolute basics. But after a while I got bored with it. It was no longer much fun to shoot on a camera with a digital camera. That is when film came into my life. It was fun to use film, I read up & I went out & shot. I experimented. It made me happy & before I knew it I had learnt all the things about photography- the technical aspects I do detested learning with the digital camera (now I know why photo schools make you learn with film).
So in late November 2011 (almost exactly two years after getting the 1000D) I took it to a college event with no clear goal in mind. And I ended up shooting the whole event on fully manual settings- it may sound silly to some but it was a big AHA! moment for me. Film made me love digital again.
I used to joke that I treasure my Canon A-1 a lot more than I treasure my 1000D despite the fact that the A-1 costed one third the price of the 1000D. I can’t really say which medium is better- they both have their place, really. Film is more fun, more satisfying. It gives me more joy. But digital is practical & fun in it’s own way. It’s for being frivolous with shooting & for much quicker results than film can give.
I’m excited to learn everything about this new camera & share photos taken with it. If you’re looking to buy a new camera, take a look at this Overstock Coupon Code.
Love,