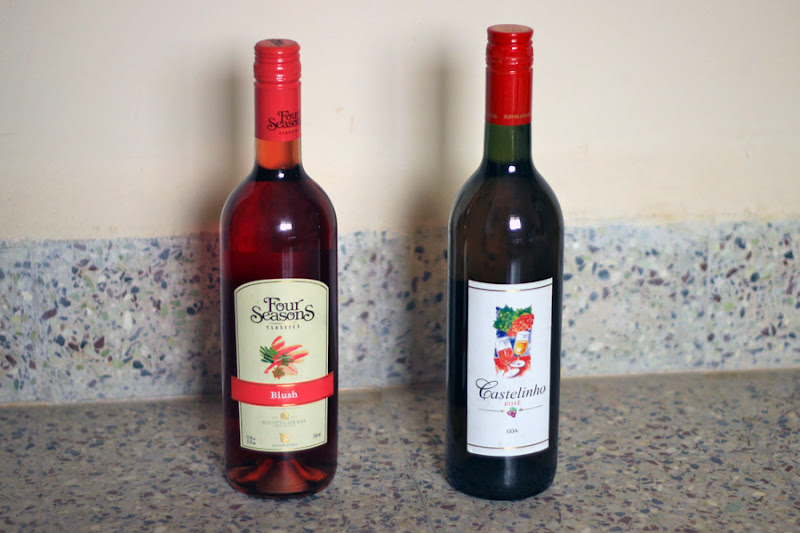 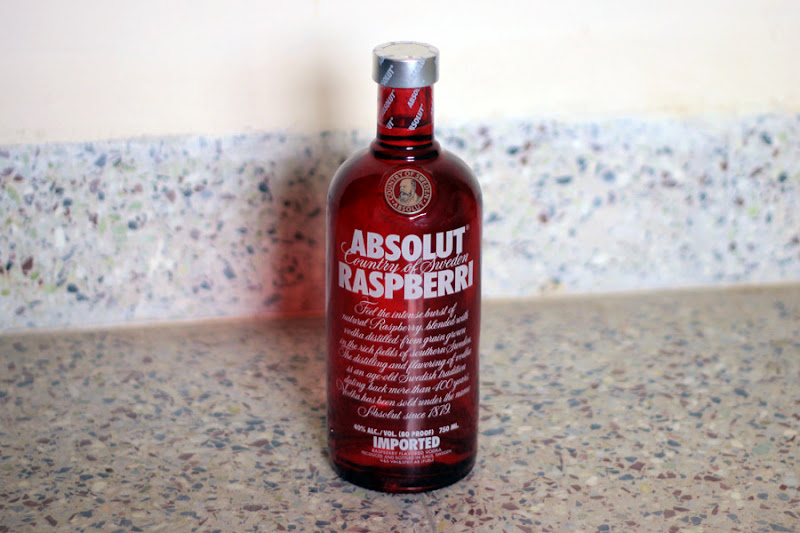 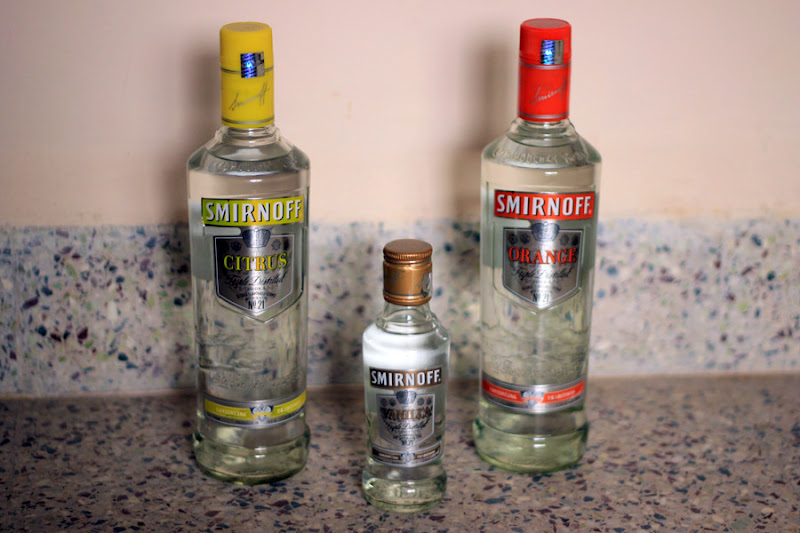 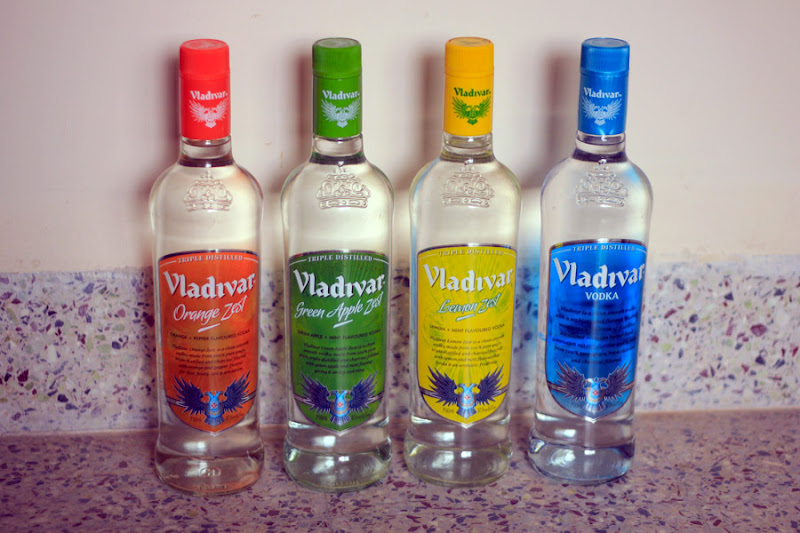 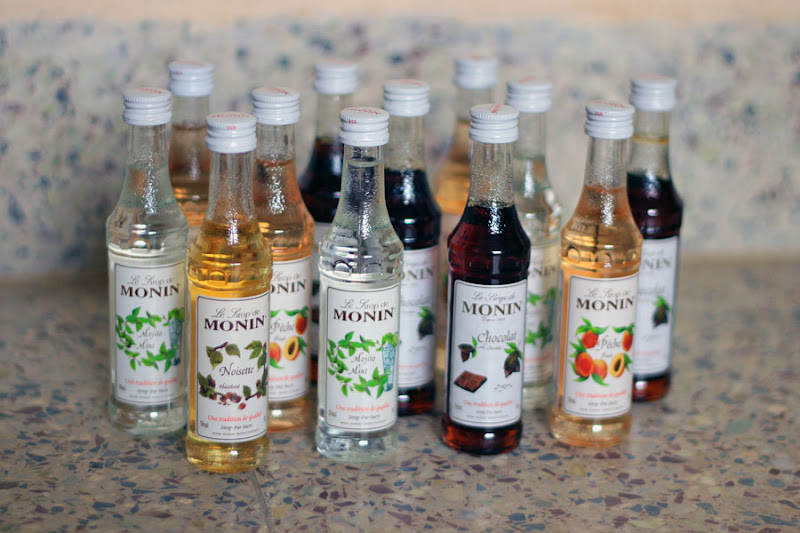 Just because I post a lot of my photography here doesn’t mean it always needs to have some kind of artistic merit, right? So here you have it- two bottles of Rosé (both Indian made, Castelinho is actually made in Goa), one big-ass bottle of Absolut Rasberri (Swedish Vodka), three bottle of Smirnoff Vodka (two large ones- Citrus & Orange, & one small bottle of Vanilla vodka), four bottles of Vladivar Vodka (Orange zest, Green Apple zest, Lemon zest & plain). And last but not least, lots of mini Monin cyrup bottles for mixing cocktails.
Goa has cheaper liquor prices that the rest of India, that coupled with the laid back, beachy surroundings makes it a perfect place to drink. And this is a just-for -showing-off type of post, of all the drinks we bought in Goa from Vaz Enterprises, though most liquor shops will have the same prices (except liquor shops in hotels! Never buy from there!)

I wish I could have taken this outdoors to shoot, but I was too lazy too carry all of it down one storey to the yard. And I was playing around with the camera settings as I shot these, hence the slightly different tints in some of these photos. My parents & me don’t drink that much. This will last us a while.

Instant Love | How to Make Magic & Memories with Polaroids