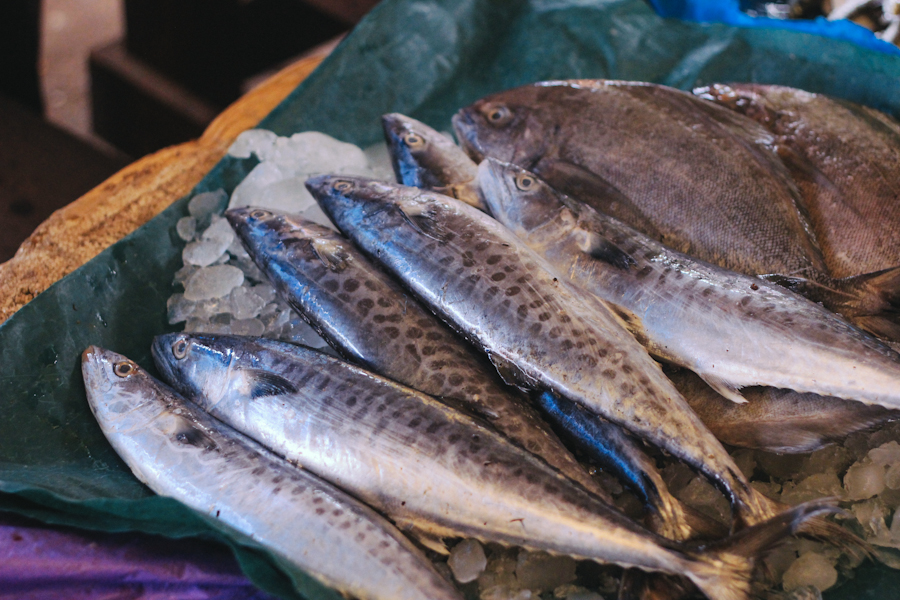 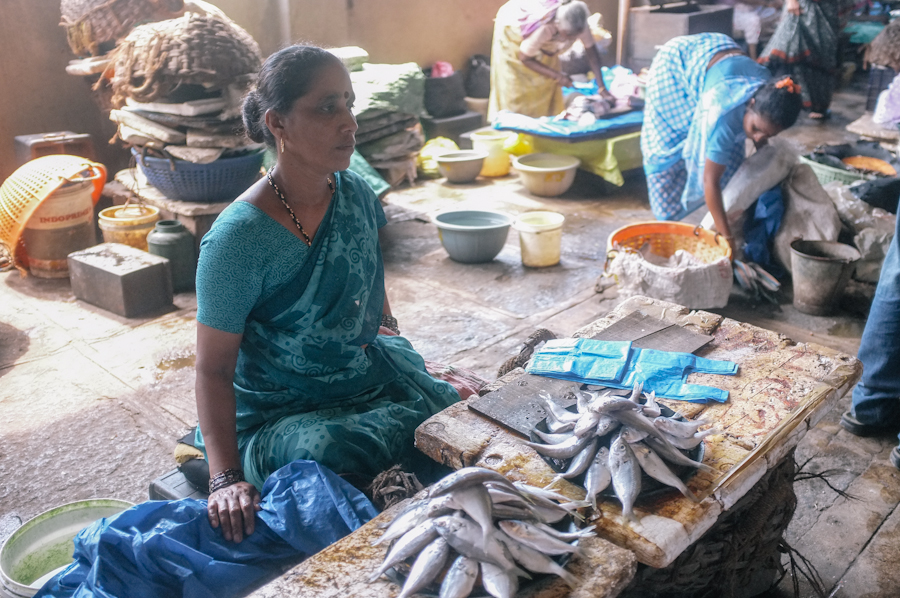 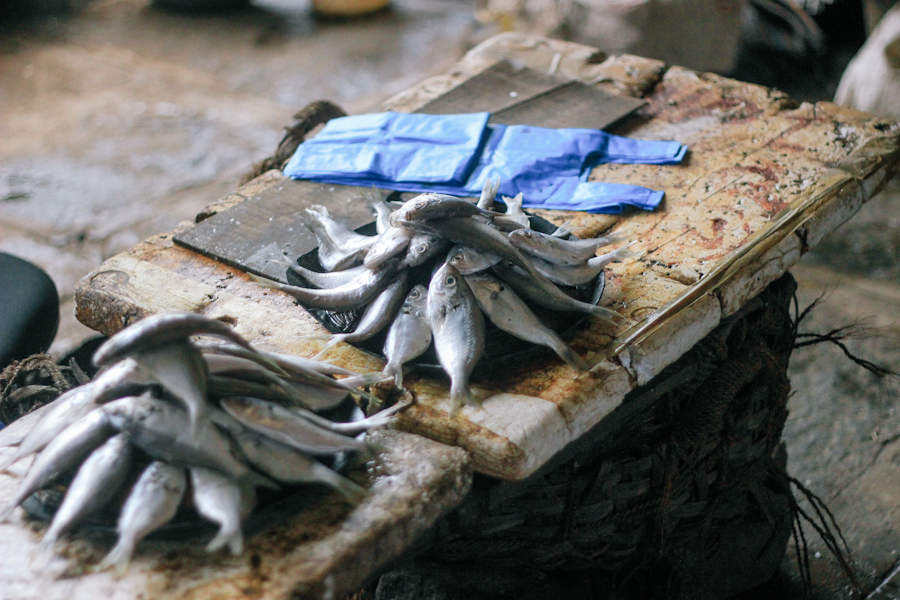 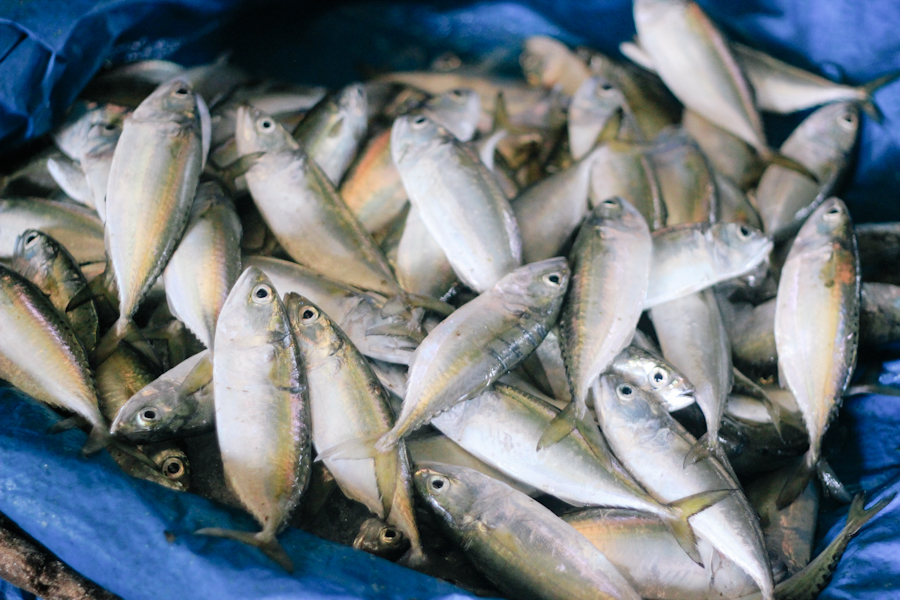 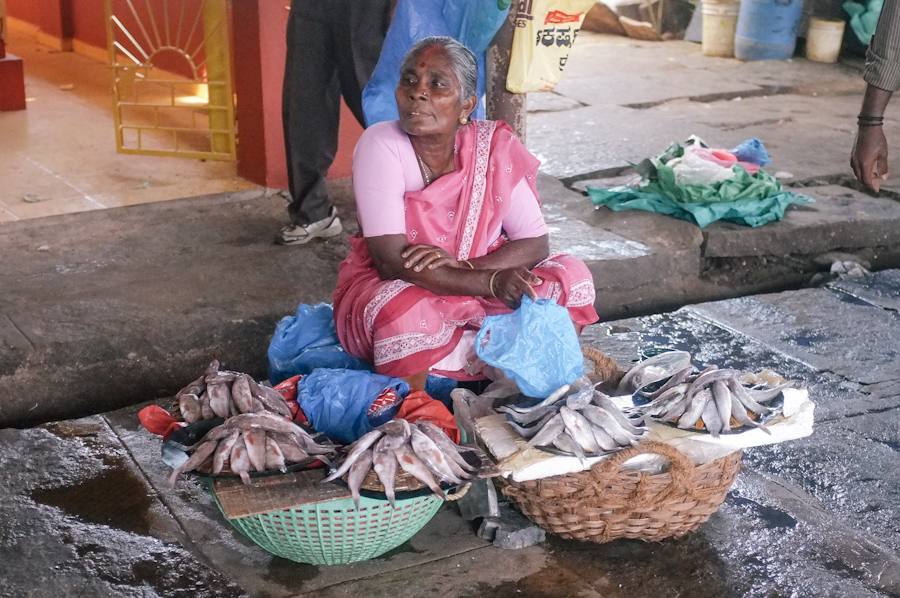 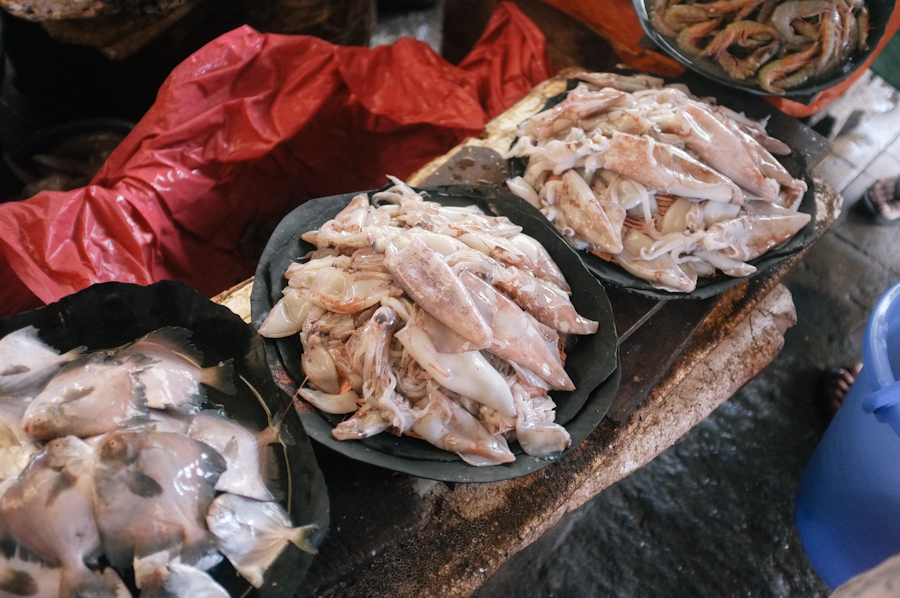 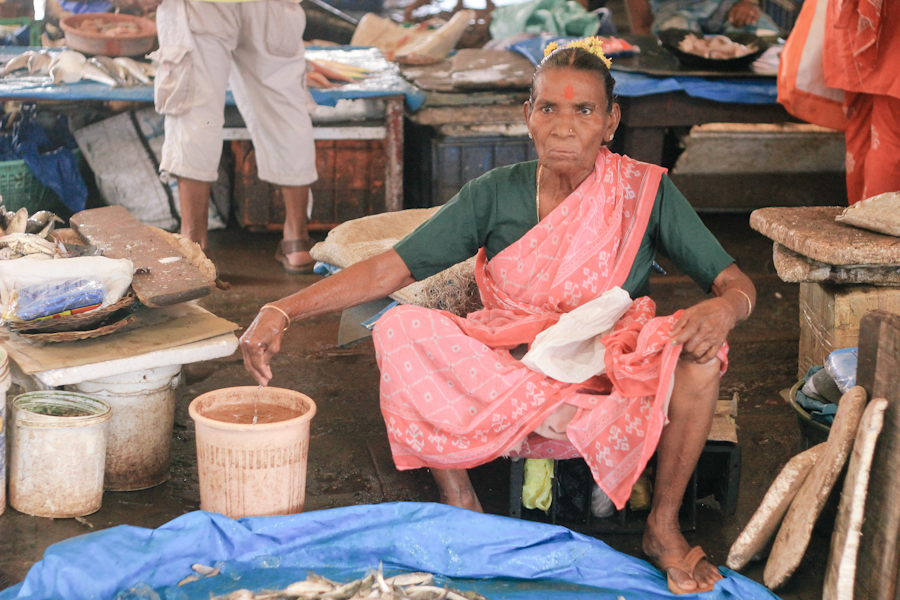 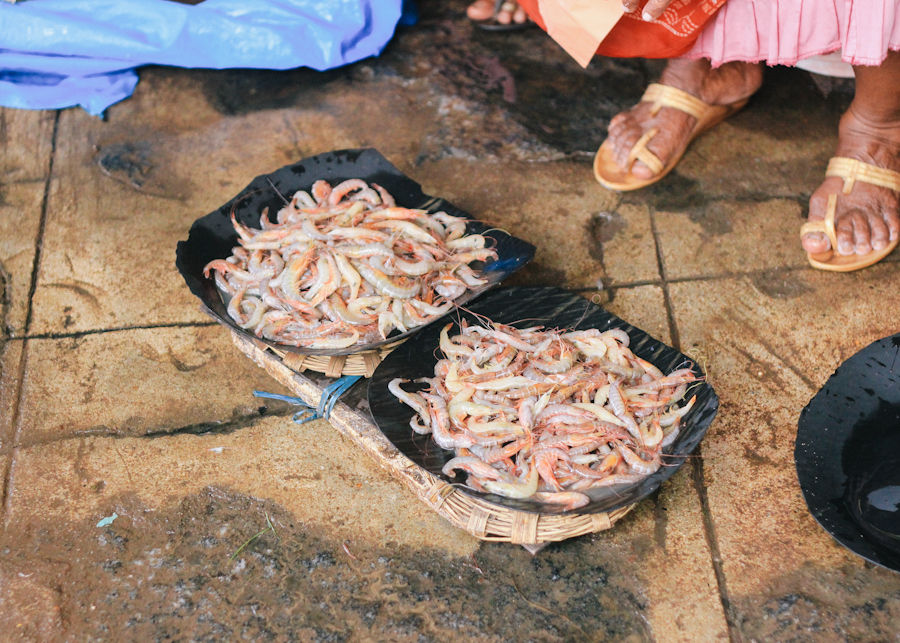 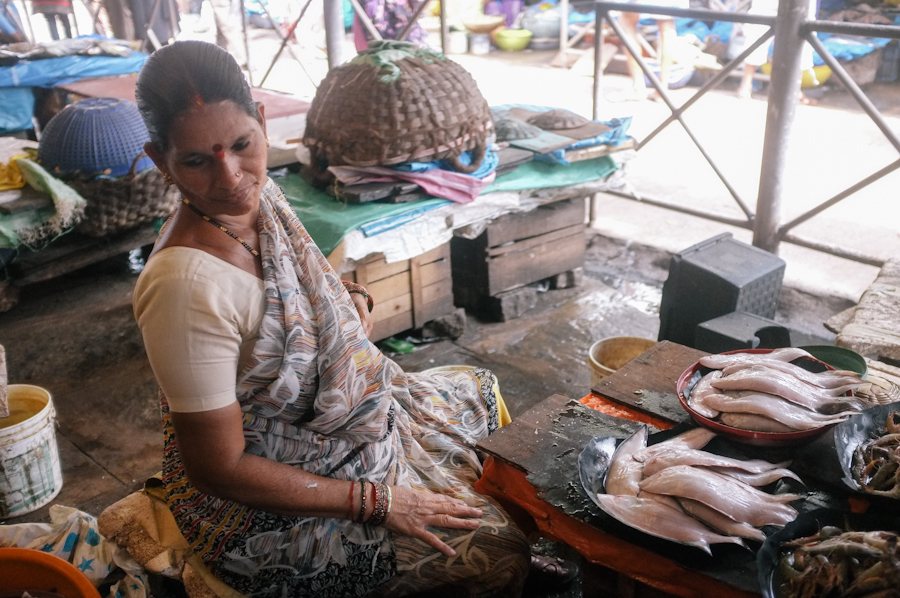 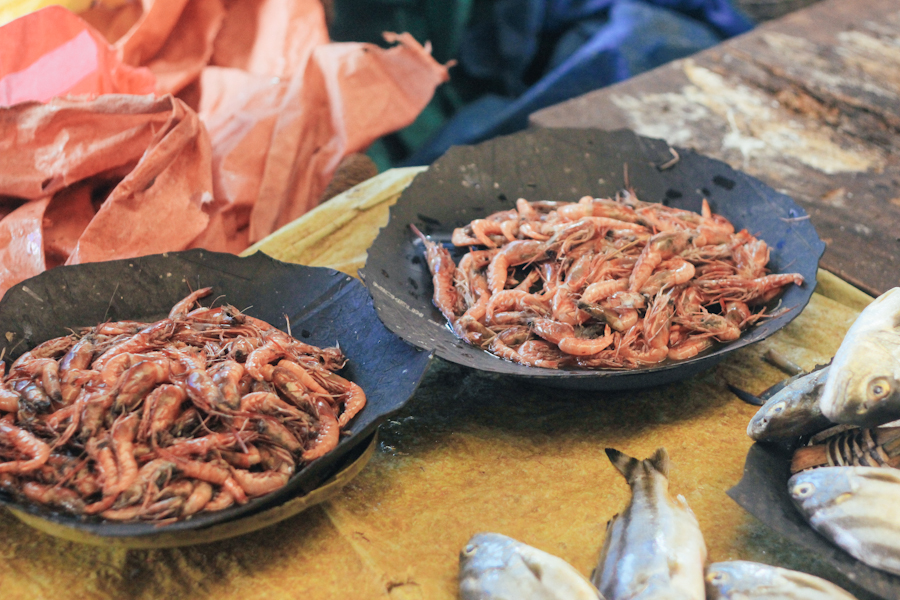 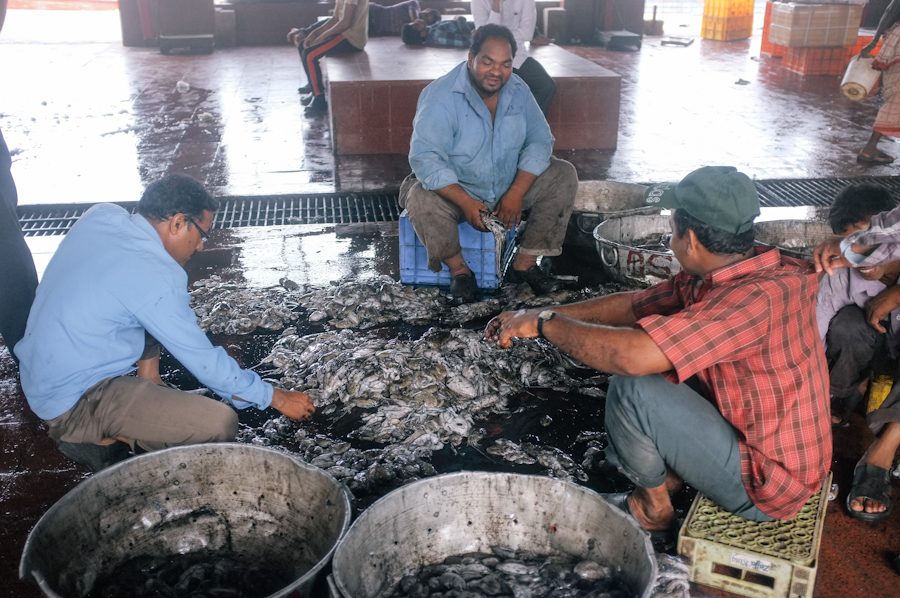 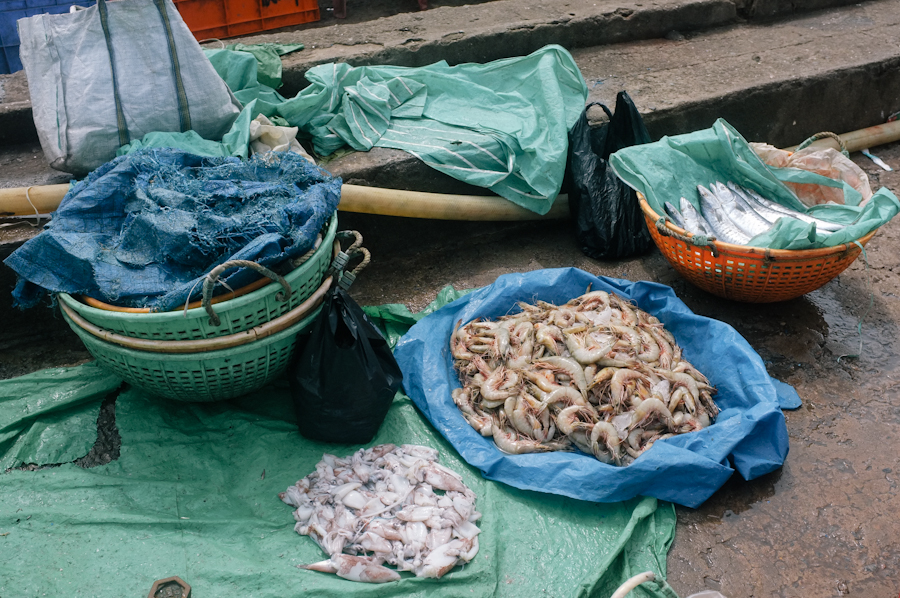 Two weeks ago I shared photos from the Vegetable Market at Mangalore so today I’m posting photos from the other market I visited, the fish market. Although the last two photos are actually from the harbor where the fishing boats come in.
There is fish of every type, along with other seafood like prawns, squid & crab available, all having come in just that morning. The fish market is sheltered, that couple with the fact that I really dislike using a flash means the lighting is slightly iffy in some of these pictures.
I’ve been reading a wonderful book called Photographs Not Taken, a book with essays by photographers on their failed attempts to make pictures. I identify with the concept on so many levels. Call it introvertism, social anxiety or whatever else you may, but ever since I can remember I’ve always found the thought of approaching & talking to a previously unknown person very intimidating. I can’t even remember the number of times I’ve wanted to approach someone to ask if I can take their photo but haven’t done so. Or worse, the few times I’ve made whoever was with me at the time ask for me. When I was staying in  Mangalore, I really anted to photograph at least one policeman. Policemen in South Indian actually wear cowboy hats as part of their uniform, not only is it practical in the hot, sunny weather, I think it’s really awesome.There was one policeman stationed at the junction just 100 meters away from where we were staying, but I really disliked the though of approaching a policeman so I didn’t.
When we were just walking out of the harbor area & heading back to our vehicle, we passed a policeman who was practically grinning at me (he must’ve found the fact that I had two cameras round my neck rather amusing). Just as we passed him I realized that I could have asked to take his photo but didn’t. By then it was too late, the moment had passed & I was reluctant to walk back. So there you have the portrait of a Mangalore Policeman that never happened. It’s nowhere near as poignant as some of the essays in the book (in fact, now that I’ve typed it out it seems rather pathetic) but I thought I’d share it anyway. Do you have any stories of photos you wish you’d taken?
Photographs Not Taken is a wonderful book, especially if you’re interested in reading about photography – the process & stories (even though the book itself doesn’t have any photos). I’d highly recommend buying it if you can find it. Since it wasn’t available locally here, I just turned to the internet, as always.
{Photographs Not Taken – compiled/edited by Will Steacy. Buy it here -> India: Flipkart | USA: Amazon.com