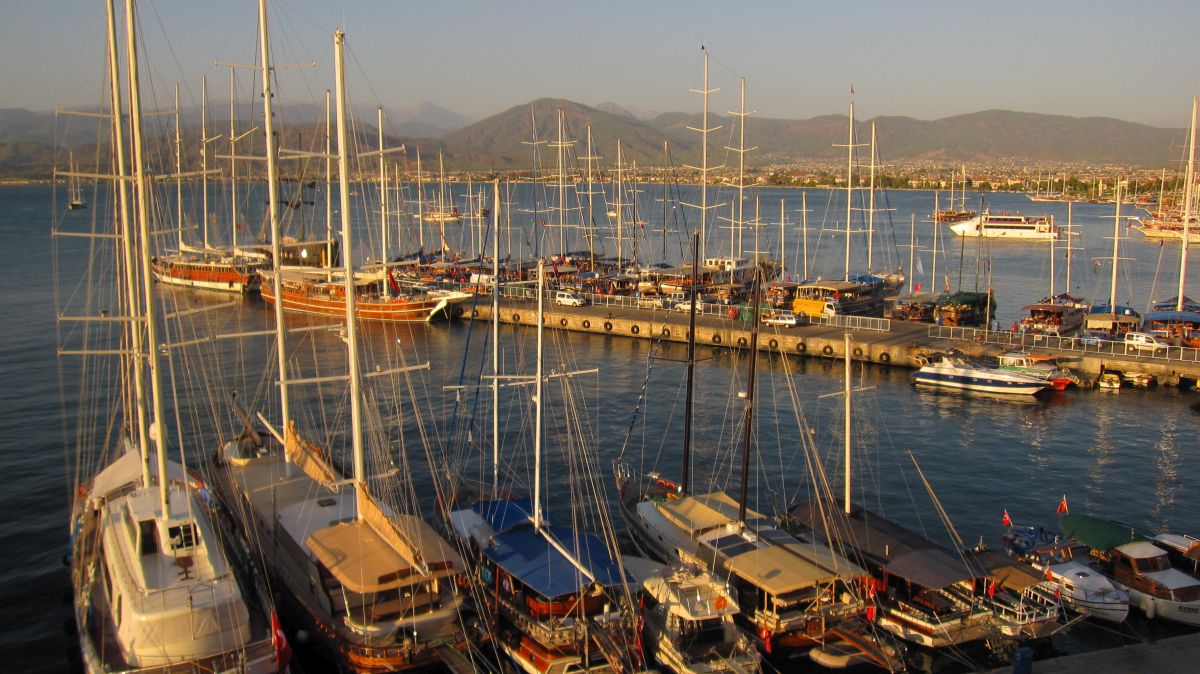 The coastal road between the City of Antalya and Fethiye in the Province of Mugla is stunning. For many kilometres it hugs the Mediterranean Sea. Few things can improve on the experience of driving the route except perhaps sailing it on the crystal blue sea? It is a joy for first timers and regular sailors alike. Alternatively, if you prefer the comfort of organized tours, you can find this location among exotic Europe tour packages.

The Joys of Kemer

In the last couple of decades Kemer has developed from a quiet rural village to a tourist town of 20,000, reflecting the growth in tourism in recent times. A similar number of people live in the villages scattered nearby and their livelihoods are also linked to tourism and the demand for fresh produce.

It was only accessible by boat until the middle of the last Century. Now it is a town that is just an hour away from Antalya International Airport which has regular connections to most parts of Europe and the Middle East.

Kemer is a short drive out of the City and has become famous at a port of call for everyone sailing these wonderful waters. Kemer Yacht Marina is a modern facility where sailors can find a berth among the 300 or so and explore many interesting sites in the immediate hinterland. The diving is excellent and there are wonderful beaches locally for those wanting a change from sunbathing on deck.

By night Kemer has the nightlife that any holidaymaker might wish for with plenty of restaurants and bars. 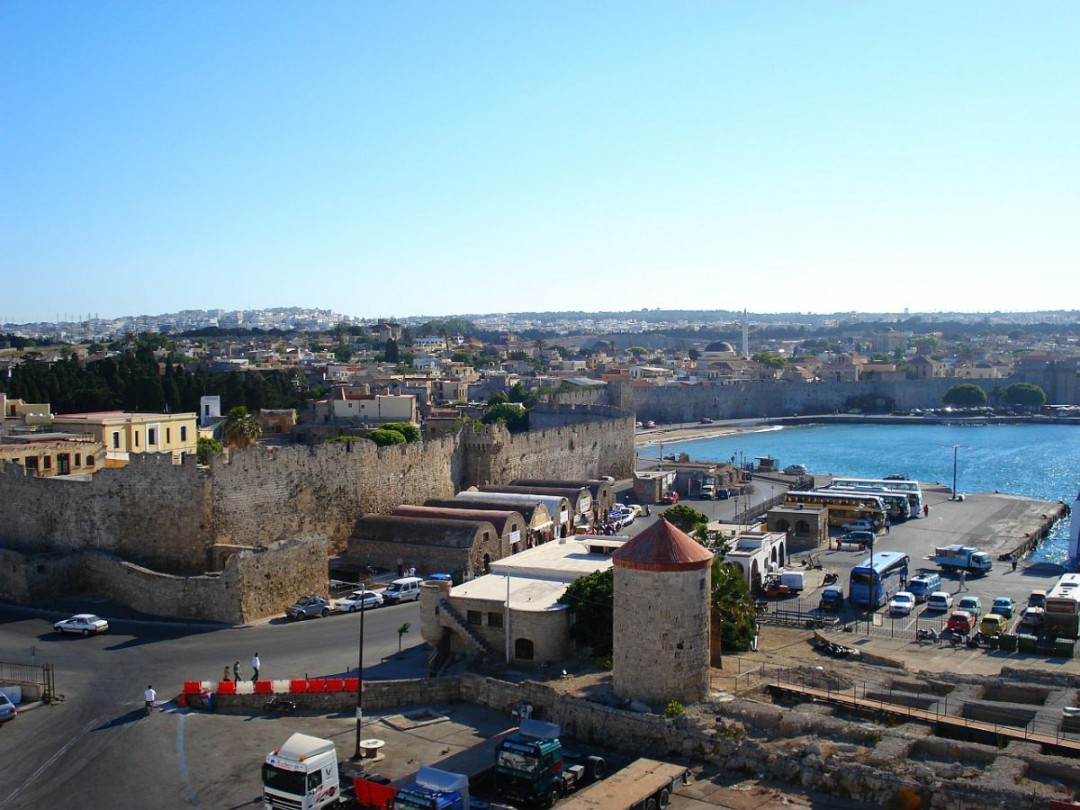 This little coastal strip is rich in history. Arguably Olympos is the most important stopping point. It was an ancient city in the Lycian Empire and its ruins are close to the modern Turkish town of Cirali. There are other ruins at Phaselis and Idyros and all are contained within the Olympus Beydaglari National Park. There are signs of settlement as long ago at the 4th Century BC.

The coastline is fascinating and there are plenty of reasons to stop whether to swim, enjoy the peaceful coves or take in another part of the region’s history.

Kas is a small town with its own modern marina. There are fantastic vantage points on high looking over the Mediterranean with several islands, mostly uninhabited welcoming anyone that wants to weight anchor. There are plenty of fine restaurants in the harbor. Visitors to this coastline ought never to tire of fresh fish, generally accompanied with a lovely salad, fresh bread and for those following Turkish tradition, raki, an aniseed flavoured drink famous in the Country and particularly popular with fish.

The town is popular with tourists and offers fishing and diving for their enjoyment. There are some significant dive sites which have made Kas one of the diving highlights of the whole coastline. The local honey and almonds are excellent and the fresh produce is welcome for those wanting to stock up and sail on. 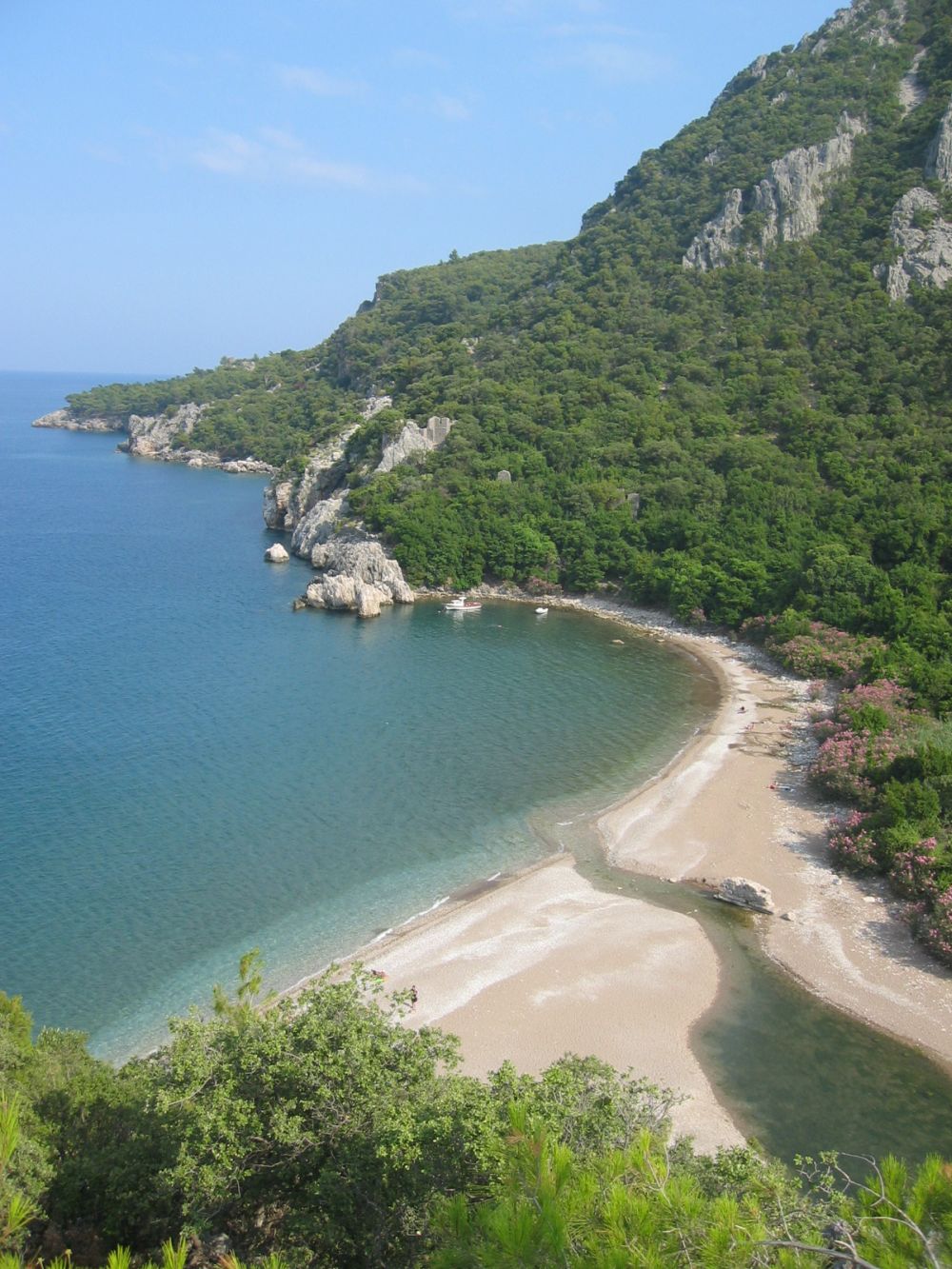 Just a two kilometres from Kas is the Greek Island of Kastellorizo or Meis. It was once the home of 10,000 a century ago but now the small community of a few hundred hugs the small harbor. Architecture is typically Greek, straight lines and pastel colours, although its history includes a period under Italian control until it became Greek after the Second World War. Those who cruise Turkish Coast communities are welcome in Greece as well. Boats will raise the Greek flag as they come into the harbor and the Turkish lira is replaced by the Greek euro. The Turkish visa is multi entry so there are no problems moving backwards and forwards from one country to the next.

Meis is a steep rock with a flat plateau summit on which there is an airport with links to Rhodes. There are steps to the top but perhaps a taxi is a better bet? The views are spectacular. For the less energetic there is a little museum charting the history of the island over the centuries. It was once the safest harbor in the region and the economy revolved around charcoal as well as the sea. Many of those people that left the Island over the years headed to the other side of the world; Australia. You may meet some of them while you are there, returning to see their roots. x