This post was chosen as one of BlogAdda’s Spicy Saturday Picks for December 19th ’09.
This happened approximately 11 days ago, but my busy busy schedule forced me to post it so long later. Enjoy!
I was catching a Rickshaw to get to Bandra station from college. There was an idle rickshaw parked at the side of the road, & there was something different about it. For starters, it had a huge sticker low on the windshield with a picture of the 26/11 martyrs & some writing in Hindi or Marathi (not sure really! & I didn’t manage to get a picture of it. Anyway, I told him my destination, he agreed, I got into the rickshaw, & he set off! Little did I realize how different this ride was going to be! I tried my best to capture what I could, but you have to understand, I only had my cell phone camera & those can be really lousy when one shakes. So some of the pictures are a little blurry!
For starters, I took a look at the meter. For those of you from out of Mumbai, this is how an auto-rickshaw meter generally looks like: 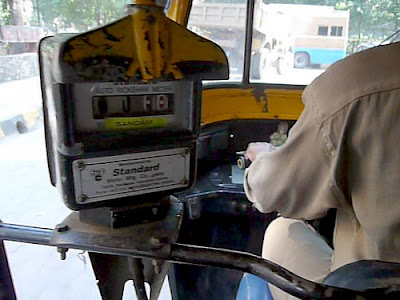 But his meter was different! It was painted blue & had the misspelt words ‘Get wel soon’ written on it (Lage Raho Munnabhai, anyone?) Just below it was a tiny first-aid box… 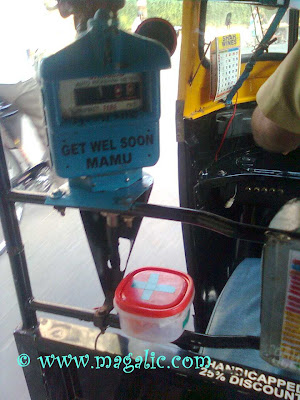 …above it there was a Laughing Buddha statue… 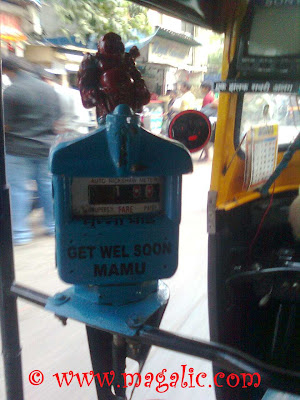 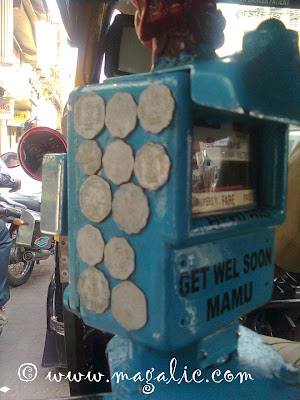 To the right of the rickshaw driver, there was a paper box with newspapers, below it was an ash-tray & beside it a fire extinguisher. 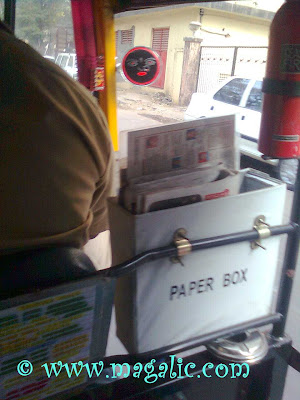 At the back of the rickshaw-driver’s seat had a neat handwritten-list of all the malls, hospitals & major hotel’s phone numbers & also police-station’s phone-numbers (ones in the Bandra & Khar region). 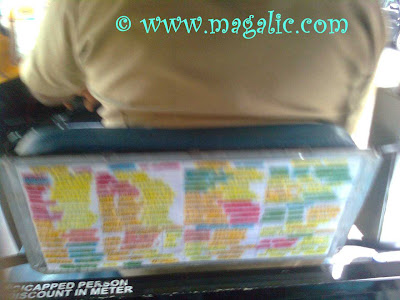 Then there was other stuff-
Like this. Just above the entrance to the right… 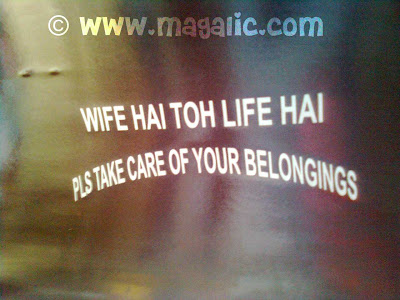 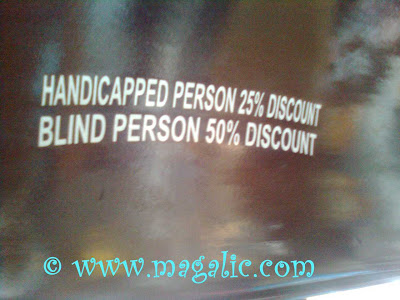 And the discounts don’t end there… A 10% discount for newly married couples! He’d probably take the bridal mehendi & bangles as proof. 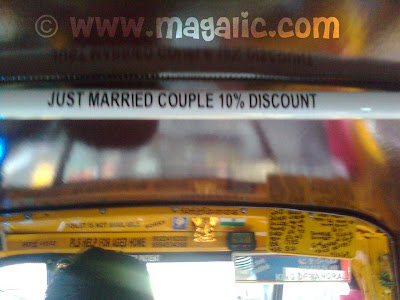 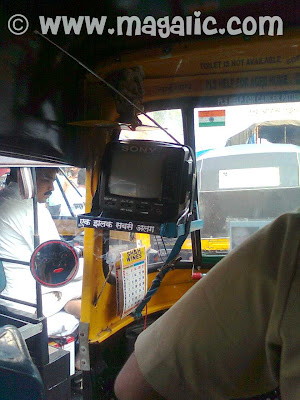 But I think what impressed me the most was this: 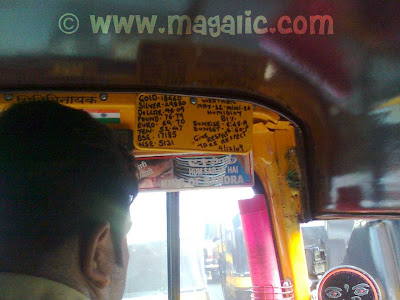 Not sure what that was? A magnified image will answer your question. On a small wipe-able board that functioned like a white-board, one could check out the day’s gold & silver prices & also the current currency conversion rate of some of the world’s major currencies- dollar, pound, euro, & yen. 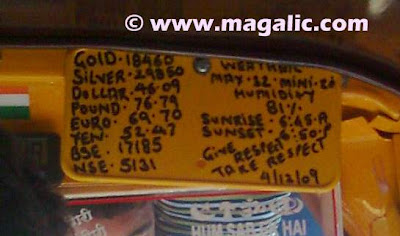 Also listed was the day’s BSE & NSE index, the day’s weather (humidity, sunrise & sunset timings).
This was obviously a very different experience for me. I still remember the looks on my friend’s faces when I showed them the pictures & kept telling them of all the amenities this other-wise humble vehicle possessed.
If any of you Mumbaikars (or any of you guys just visiting Mumbai) would like to ride in this fancy rickshaw, here are his cell phone numbers- 9022416338 & 9594534368. If you do contact him & ride in his rickshaw, let me know!