Magali Vaz February 17, 2010
share
I know it’s a long post title but it’s the only way to explain what this post is really about!
I mean, my HSC board exams are 5 and a half days away. I’m not the type to be tensed by exams. But I know that these are important. And yet, I feel so surreal. And numb. But I also have this recurring migraine.
But life’s not that bad! I did watch a few good films in the last 2-3 weeks.
Yeah yeah don’t you sit there & judge me for watching films when my exams are so close. I have to indulge in some form of recreation & meditation just doesn’t work for me! 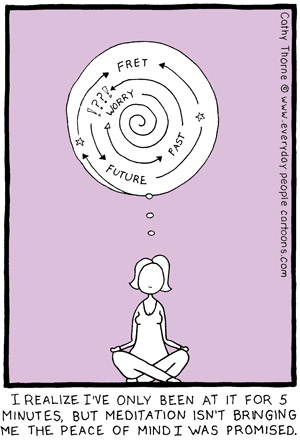 Anyway, I did love the films I saw. Will definitely blog about them very soon.
You know what I’m hating the most about all this? Not being able to blog! (I did do a post on my food blog about my not-so-successful attempt at baking strawberry muffins) Mom hasn’t really put any restrictions on me, but it’s just that when I do use the computer I’m playing one mmorpg or another (mmorpg stands for Massively multiplayer online role-playing game. I discovered them over a year ago & play them on-and-off. They are great when you’re homebound as they consist mostly of giving strategic commands at regular intervals.)

And I’m also hooked onto foursquare. Which is terrible, when you’re homebound. I hardly go out these days, unlike when regular college was on. And since foursquare consists of geo-tagging, you have to be one who travels a lot. So it really sucks, getting hooked onto a nice game at a time you can’t play it. I think I hit a ceiling that day when it emerged that I was actually jealous of some people because they were ‘mayors’ of many places on the game (Mom just had a really good laugh! :D) I happen to be a mayor of just one place- where I live! I spent some time fantasizing about how I could have been mayor of a ton of places if I was still going to college. I guess I’ll just have to wait till next year. *sigh*. All of the current friends I have are inactive there, & it sucks to see I’m the only one on the friend leader boards, every week! 🙁
Moving on now, to the Summer Vacations. Everybody loves vacations, right? So why am I calling them bittersweet? I’ll tell you why. We’re first going to spend two or three weeks at our Home & a beach resort in Goa. Then a week in a luxury hotel here in Mumbai itself. Then two weeks at a beach resort at Kovalam Beach, Kerala. I do love beaches! (*incase you’re wondering who the ‘we’ is, it’s my parents & me! 🙂 ) Then why am I unhappy? Because for approximately one & a half months or even two months, I will not be having any internet access. That’s right, no tweeting, no blogging, nothing! 🙁
We think the resort in Goa might just have Wi-Fi as a value added service. Then I will at least get access for a week. If not, I’m not sure what will happen. I really, really don’t want my blog to die. Or for you guys to stop visiting. Maybe I’ll take some tags & then schedule them so they can get posted during my absence. But it still doesn’t make up for the real thing. Still unsure what to do.
Anyway, I’m off. At least now you know why my posts are so infrequent.

5 Things we REALLY can’t live without.