Magali Vaz April 5, 2011
share
I went to see The Adjustment Bureau on Sunday. It stars Matt Damon & Emily Blunt in the leading roles & Anthony Mackie, John Slattery, Michael Kelly, and Terence Stamp.
I am usually not a fan of the Matt Damon sub genre of films (yes, I do believe he’s completely typecasted & shines in only one type of film, & I really think there should be a sub genre of films dedicated to him. 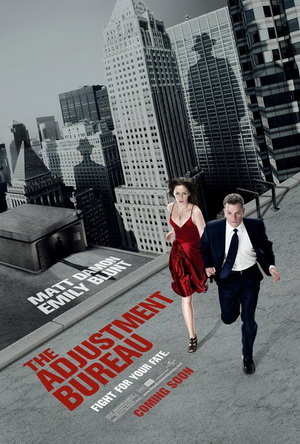 Anyway, this film was different. Mainly because I actually knew nothing about this film before going for it. (Yes, Nothing!) All I knew was that it was something about a politician & a dancer having an affair & someone is chasing them.
Anyway, I rather enjoyed the film, though I think that it was because I knew nothing about it. Once you do know about the plot, the film is pretty straightforward. Matt Damon & Anthony Mackie act well. Emily Blunt doesn’t do much except dance (really well) & make sad faces. I like how the film can be interpreted too.
Some random things I learnt for the film-

I purposely left out any plot from this review, because I think it’s much more entertaining if you don’t know anything about it.

There is not much depth of plot. It’s an interesting thriller. That is that.

My Week in Pictures #2