Magali Vaz June 20, 2011
share
Even though I have been in Bombay I haven’t been posting regularly. College has started, I have an internship (which is awesome, btw! More on that in a while) & I hardly even get time to sleep properly. So I’m just gonna update you on what’s been going on in my life these past few days.
First, I went to see Raell Padamsee’s adaptation of The Sound of Music. It stared Delna Mody, Dalip Tahil, Lucky Morani, Marianne D’cruz Aiman, Darius Shroff & kids from 8 different NGOs.

I have seen very little theatre in my life, sadly. The last one I saw was also Raell Padamsee’s & it was called Murder on the Menu. (That was a comedy & The Sound of Music was obviously a musical).
As I said I have seen so few so I am definitely not going to try to review, just give my views. The sets were amazing, the singing was all done live & OMG I don’t remember  when I have last been this awestruck with something. Marianne D’Cruz Aiman played the Mother Superior & her solos were the most amazing/beautiful, that’s why she got the loudest ovation. (That’s not saying that the others sang badly, as I said they were amazing too). I do not remember the names of all the NGOs involved with the play. The youngsters from the NGOs were varied, some were just underprivileged while there were spastic, blind & even mute children involved. It was so creative & artistic & there had been so much hard work, love & passion put in to it. What can I say, just as the announcer stated this show was worthy of a TONY. I hope to see more theatre in my life. And this was a special screening organized in my beloved college auditorium, how cool is that, yeah? 😀
Anyway, moving on.
I ordered a new camera. Yes. You guys know that Lomography, the beloved awesome retro analog camera company (yeah, I call it all that, okay?) is in India now, right? At about this time three days ago they launched their brand new camera range, the La Sardina range. There are four incredibly cute (I mean it!!) cameras in this range, all modelled after Sardine Tin. No, actually one is modelled after a Calamari tin, I think. (Whoever heard of tinned Squid? I sure haven’t). Two of them also come with Fritz the Blitz flash, lomography’s most powerful flash ever. Anyway I wasn’t supposed to shop anymore but the moment I saw them I knew I just had to have one of them. (I would have loved to have all four, but that would just be horribly unrealistic.) The camera was pretty inexpensive and since Lomography is running Free Shipping to India for the month of June that was excuse enough for me.
I went ahead & snagged one up within the first hour of it’s release. And Lomography ships by DHL (yay for fast & safe shipping) I will probably have my camera with me later today! 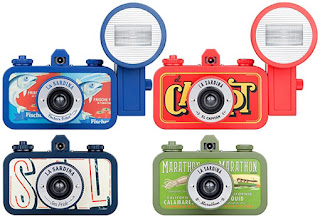 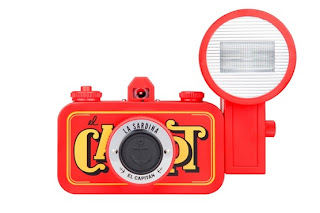 I chose the Red One. Why? It’s pretty simple, really. It’s named El Capitan. My dad is a captain in the merchant navy. So I can call it a father’s day gift to him, though I will be the one using it! 😀
On a more serious note, I chose this one in homage to him. Can’t wait for it to arrive. A full hands on unboxing & review post later, okay?
And last but definitely not the least (I am so tired right now that I’m cracking sad, stale jokes) the winner to the Brahma Books giveaway. We had five entries. I wanted to do something awesome & theatrical like pulling a name out of a hat but I am just too lazy & someone I know waxed eloquent about how I should just pick a winner using random.org because it’s more practical.
We had five entries-
And the winner is… 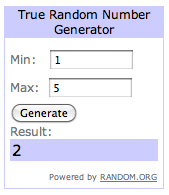 Sandhya Dubey! Congrats. Will contact you in the morning. 🙂
About my irregularity of posting, I have so much stuff I want to share but believe or not I don’t have the time to do it. So I am going to try & schedule some photo posts from Goa & some lomography analog photos too. I am in love with 35mm film!
As much as I like being busy I hope I can find some balance in life to blog more often as well as comment on your blogs & reply to your sweet comments on mine. I am a bit of a procrastinator but I will do it, eventually. Please do give me some time & don’t be surprised if I reply to a comment you posted on my blog two whole months later. I do hope that everyone in the blogosphere has being doing well.
love,
Magali
Magali Vaz June 20, 2011
previous article

Outfit | I have returned