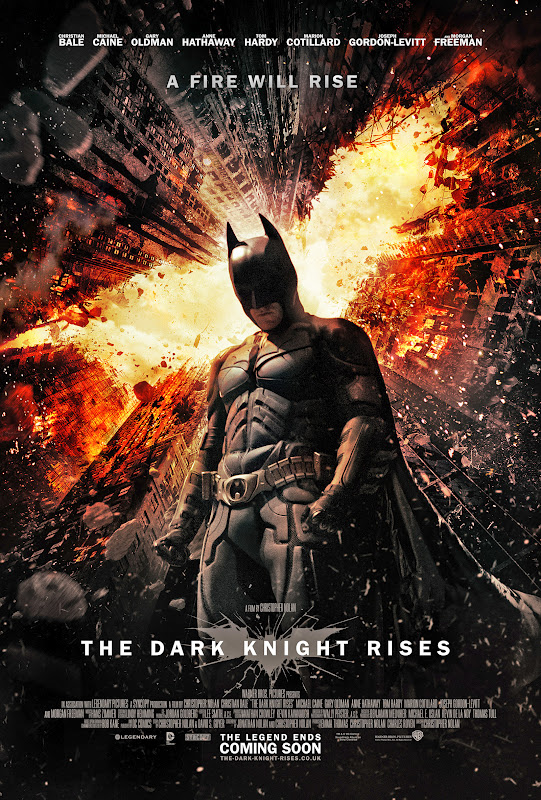 I’m just back from watching The Dark Knight Rises & it literally figuratively blew my mind. (The only way I could literally have my mind blown is if I was a senior scanner up against Revok, really).
So this is not so much a serious review post, more of a post appreciating how amazing & flawless all aspects of the film were (with no spoilers!) – the acting, writing, dialogues, stunts, cinematography, film score & all that. Even I, with my super critical eye found just one continuity error. There were a few plot holes too but we can all forgive that because it’s a superhero film right?!
I had goosebumps on my legs for a large part of the film – the twists are amazing too. I’ve been a fan of Christopher Nolan since I saw The Prestige, & I don’t think anyone could have handled the Batman series better – thank you for making such a non-campy superhero trilogy.
Also I’m always one who hates seeing films in the cinema due to those few boisterous people who pass comments loudly & are overall annoying, but here seeing it it a packed theatre really added to the whole experience.
Ok I’m going to stop gushing now… have you seen the film? Do share your (spoiler free) thoughts in the comments.

The Surrealist Art of Fab Ciraolo