Magali Vaz July 29, 2013
share
Paninaro is a chain of healthy eating cafés (not sure what to call it) spread out in commercial districts of Mumbai.
“We know you’re busy & have a hectic work schedule but that’s not reason enough for you to compromise on the quality of food you eat.”
With a motto like that, they’re firmly geared towards the working crowd. I visited the Lower Parel outlet. Situated inside Club Peninsula, there’s no obvious signage / advertising drawing you to the place from the road, so the only way you’re likely to stumble upon it is through word of mouth or (like me) the always reliable world wide web.
The place itself is pretty tiny – since we went later in the day, it was almost empty but I was told it gets pretty packed during lunch, which is when it would be great as a takeaway joint. 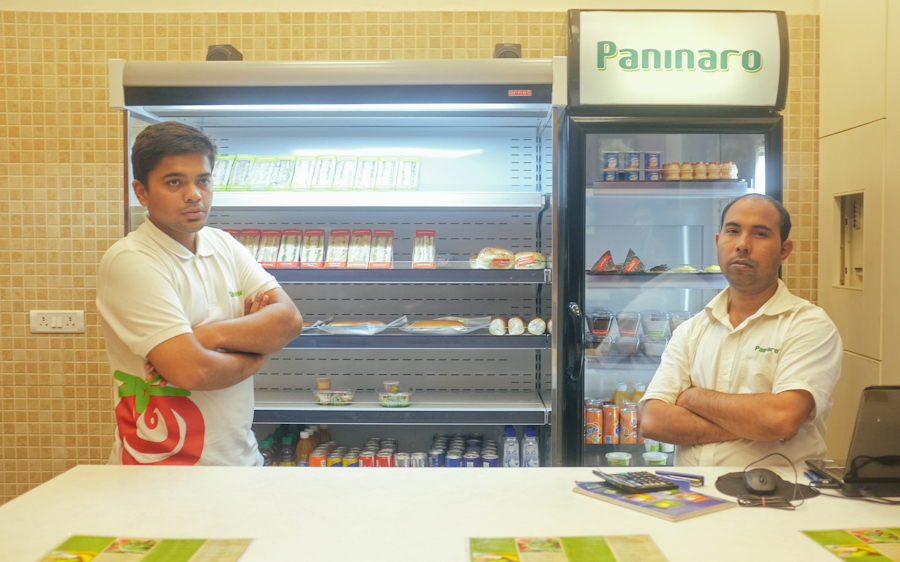 The counter
They don’t have a kitchen in there- the food comes many times a day from their central kitchen (with the bread being baked in-house). Since they are all about fresh food, everything that remains at the end of the day is given to those in need.
The menu is mainly salads, sandwiches, paninis, bagels & desserts (with a few sides available too). There’s also tea, coffee as well as a number of aerated & non aerated drinks. Apparently there are fresh smoothies available during the day too, just check the chalkboard. 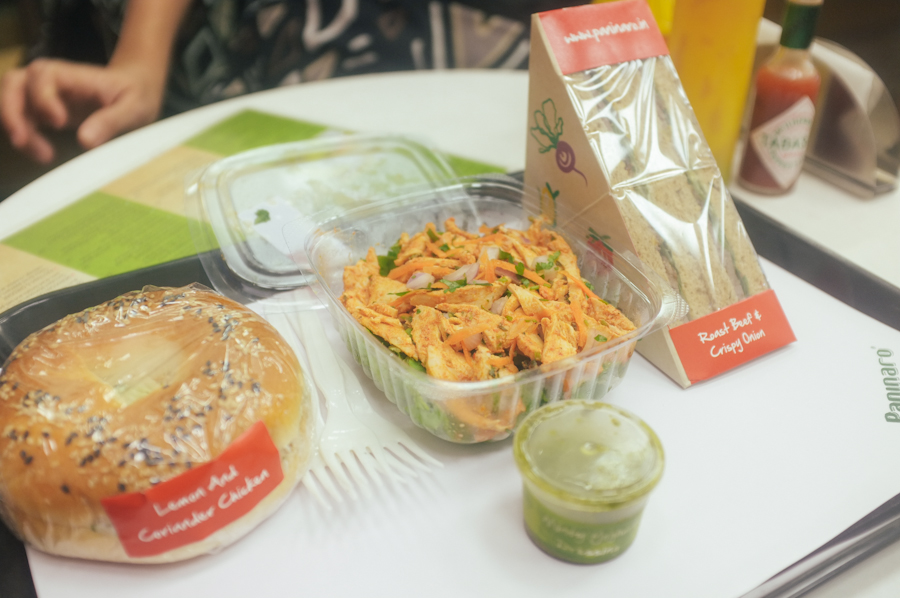 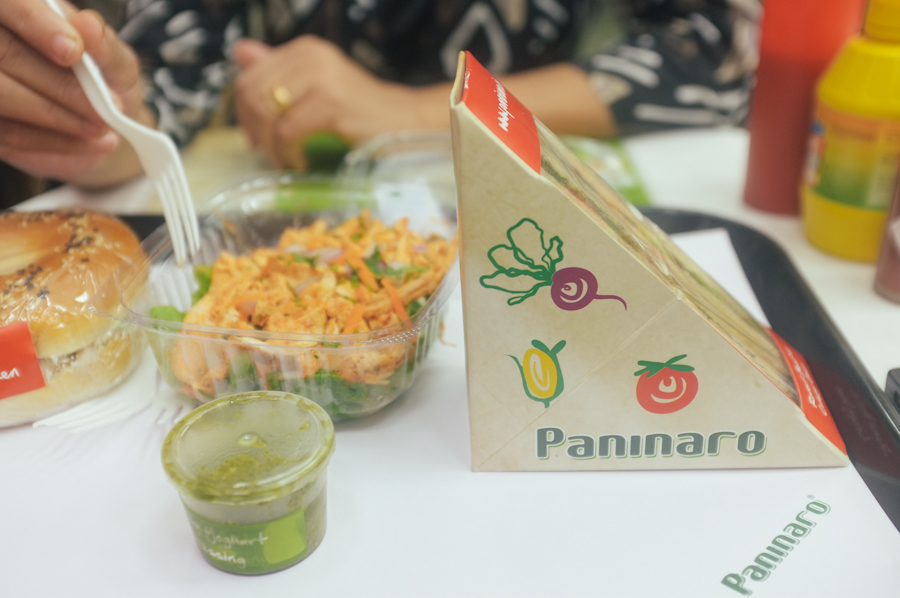 The salad was fresh & delicious. Although the onions in the beef & onion salad were no longer crispy, it was still tender & flavorful. The dijon mustard in it was really good, which reminded me that I need to throw out my terrible American mustard & get some of this. 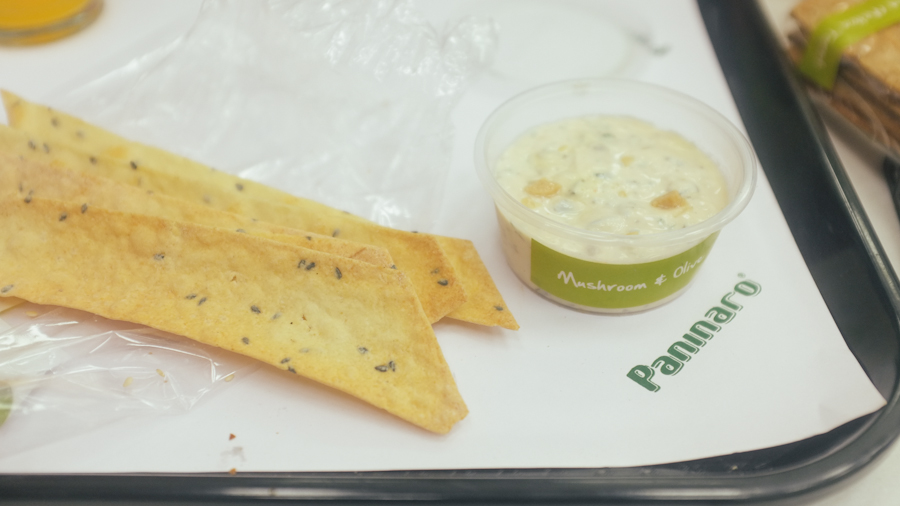 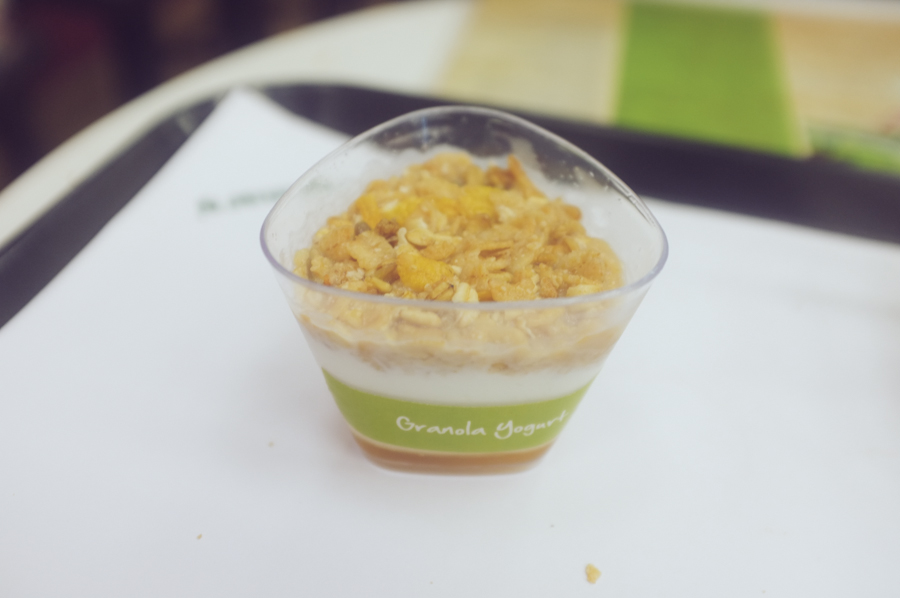 Finished up with a granola yoghurt. Although the yoghurt itself had the perfect consistency (with honey at the bottom, yum!) the granola on top was quite a disappointment. It was completely soggy & reminded me of times I took too long to eat corn flakes when I was a kid & they turned wet & soggy. It would have been so much better if the granola was added just then.
Overall pretty good menu, as long as you stay away from things that are supposed to be crisp, because let’s face it – no matter how well they’re made/transported, if the crispy things aren’t added to the wet things right then, they turn soggy in no time. If you’re in a hurry but interested in a healthy option, Paninaro fits the bill.
Paninaro, Peninsula Corporate Park, Ganpatrao Kadam Marg, Lower Parel, Mumbai – 400013
{also at Nariman Point, Fort & Worli, as well as a food truck at BKC}
Find them- website // facebook