Magali Vaz November 29, 2011
share
The home for the aged sale was the day before yesterday & it was a great success! I was at the toy department & we sold so many toys! It was so tiring that by the end of it most of the muscles in my body ached from the terrible amount of sitting/standing/squatting/crawling that happened (the toy stall was setup on a stage). My glutes still hurt so bad. I did take a few iPhone photos that I will be showing you later this week. It was a very satisfying day, except that I had to go for the funeral of a school and college classmate. I’d known her since we were four & though we were never really too close it was still heartbreaking. 🙁
This is my first try with Redscale film, I just got it back from the lab yesterday. These are the best ones from the roll- 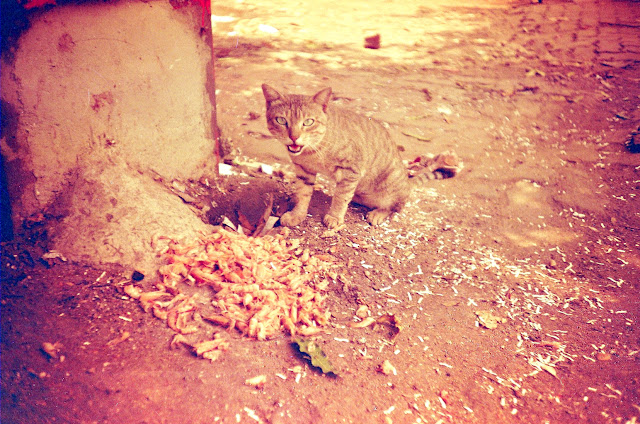 A stray cat eating… I had to get in closer than usual to take this photo & you can see the cat angry that it’s space is being invaded. 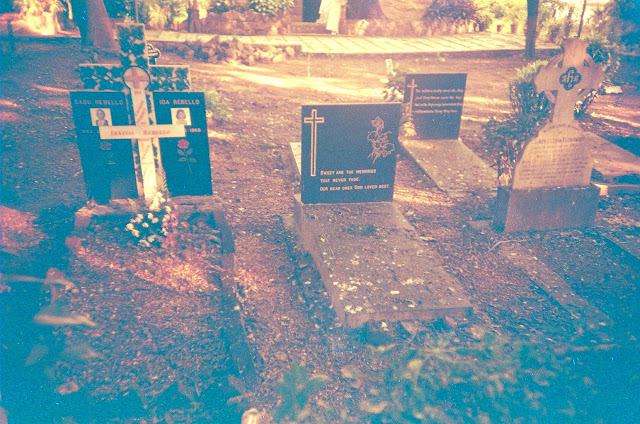 Some graves at out local cemetery. 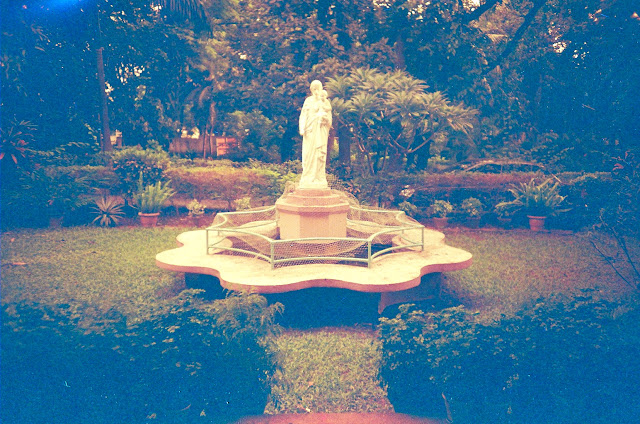 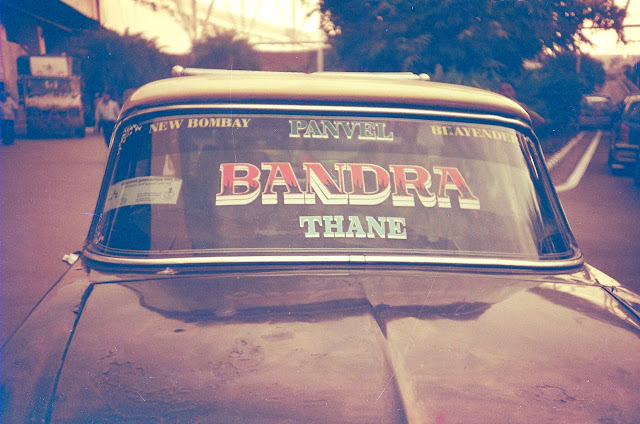 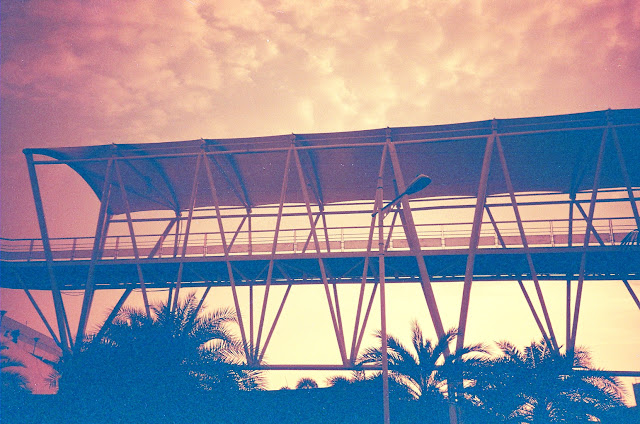 A under-construction skywalk at Bombay airport. Love the look of this photo- the silhouetted trees & of course the dreamy clouds. 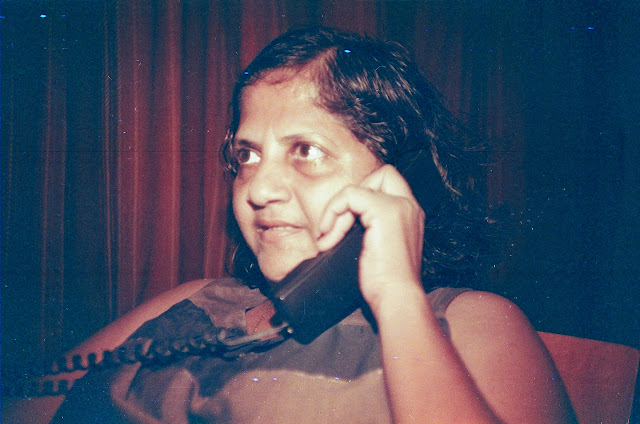 The only time I’ve used the aperture control on the LC-A. This photo was taken with the Diana flash. I definitely should use the flash more for indoor, night time photos. 🙂 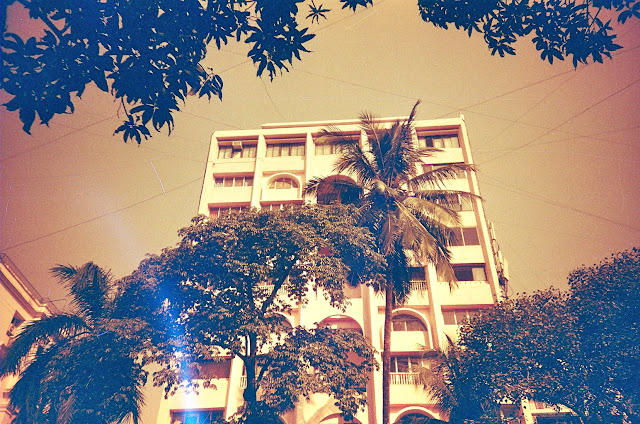 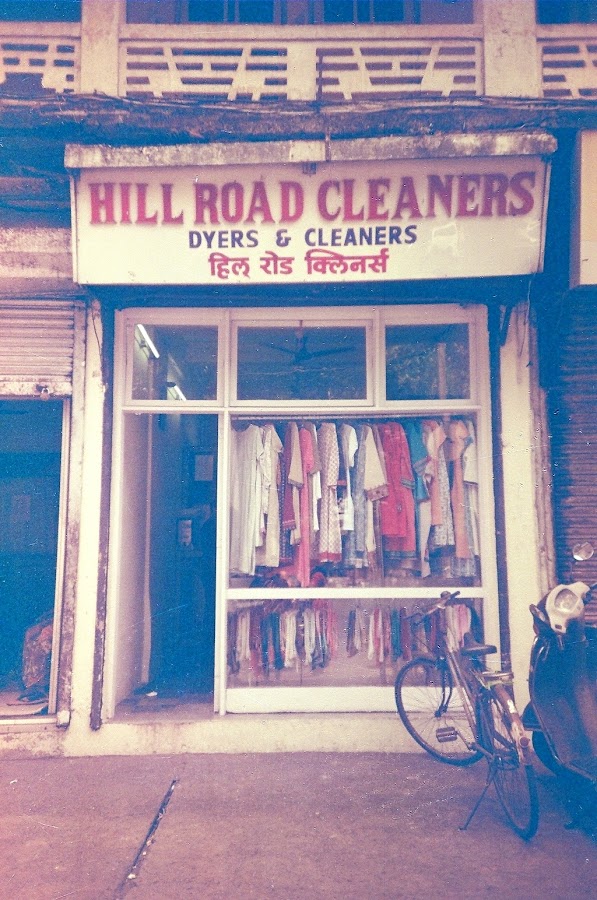 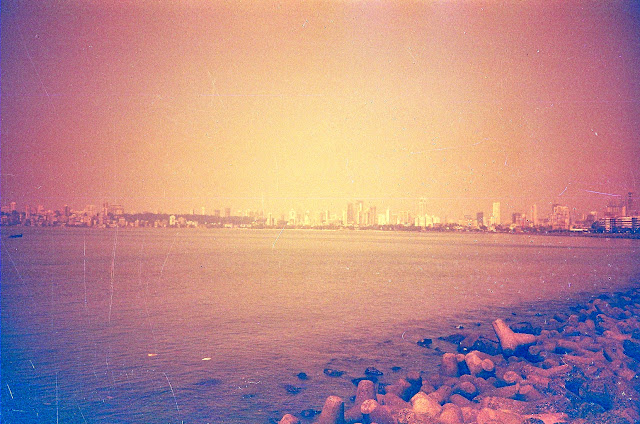 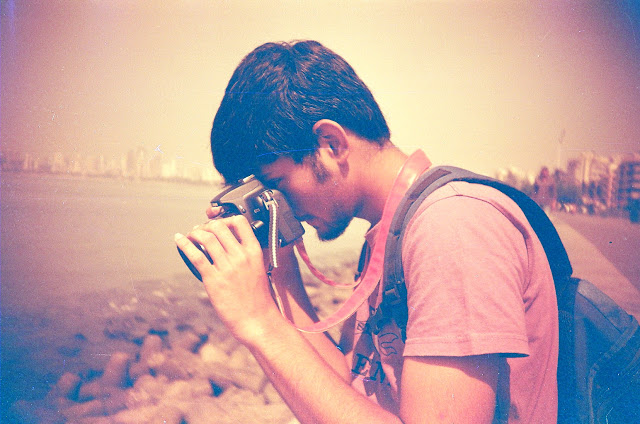 Bombay is so lucky to have the sea. We have so many promenades. These two were taken at Marine drive. That’s my friend Rydell with my Canon EOS Rebel xs. 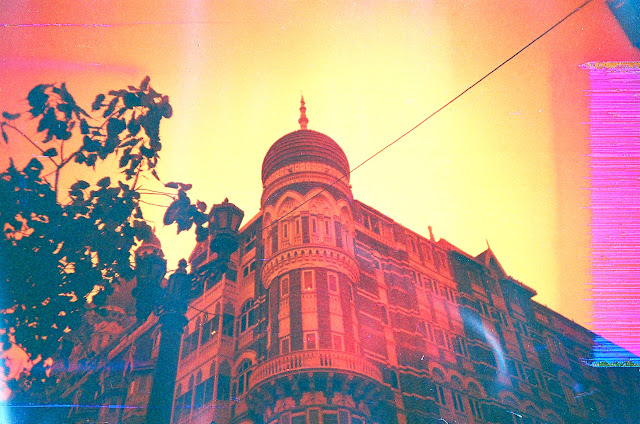 When I finally got home with the scans & negatives yesterday I was so upset. The scan quality is just so bad in some places! And in the last photos, what is that pink disturbance? I cannot figure out whether it was on the negatives or the results of bad scans. And I cannot rescan either & the lab just happened to lose a strip of negative with four exposures. Terribly upsetting. One thing is for sure, I am never going back to that place ever.
Overall I think I like Redscale film. I am someone who generally likes color, but in the spirit of being more experimental I am pushing myself to try different kinds of film. The results are rewarding. Redscale film looks amazing with the trademark LC-A vignetting & it makes skies so dramatic. I still have a lot to learn about how this film works. And I love the first photo of the cat as well, I know that if I had gotten in any closer it might have attacked me!
So to solve the lab problem I am going to be giving all the film to Idea Creative lab at Prabhadevi from now on. It’s a little out of the way & a tad more expensive, but the film there is hand processed (not done in a machine, so no nasty scratches like the 9th photo). And I am looking to buy a scanner so I can scan all my negative at home from now on.
xo