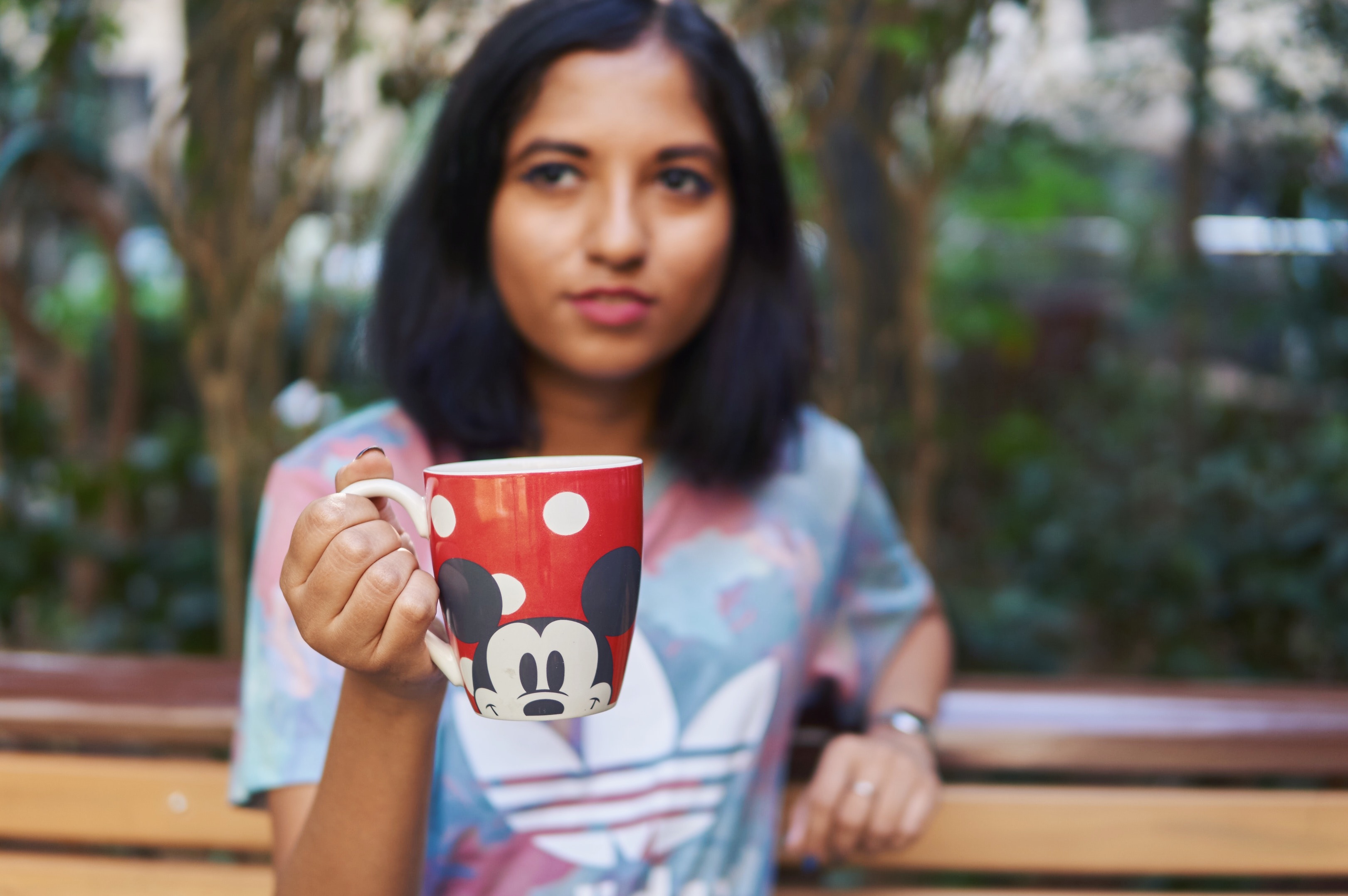 At the start of the 2017, I spent a lot of time re-evaluating everything. 2016 was a phenomenal year in my life, but a slow year for this blog. It’s not like I was quiet or complacent, it’s just that I devoted a lot more energy to my YouTube channel. And I think it probably became clear to anyone reading that my heart wasn’t really in this blog anymore.

And after almost 8 years (magalic.com turned 8 on Jan 5th) I wondered if maybe, just maybe, I had outgrown this space. But it didn’t take me long to realize that I still very much loved this blog, I just missed certain aspects of old blogging. Most of my favorite bloggers from, say even five years ago have stopped blogging because instagram is easier & quicker, & does anyone even read blogs anymore?

But the solution to my funk was staring me in the face all along – I don’t have any control over the blogosphere on the whole, or other people but if I miss doing something I love, I should just start doing it again!

Here’s the first post of my new monthly series – Looking Back. It’s kinda similar to the Just a Minute series that I did in 2013-14. Just a monthly post wherein I share anything that I haven’t had the chance to share elsewhere. Updates / changes to this blog. Exciting (& maybe not so exciting?) things happening in my life. And a round up of notable pop culture (movies / TV shows / music / books) I consumed that month. And it’ll be picture heavy, of course. Just a hodge podge word photo dump of the month gone by.

I’m a bit late with my first post as it’s already the 15th of Feb, but better late than never, am I right?

If you read my farewell 2016 post, you probably remember Brittany another little kitten (& our first female!) we were fostering since mid December through World for All, a local animal rescue organization doing wonders for stray cats & dogs in Mumbai.

Well, we were happy with having just two cats. It seemed like the ideal number to have in a city apartment but then she bonded so well with our eldest, Thelma that is seemed criminal to seperate them. So now we have three cats. 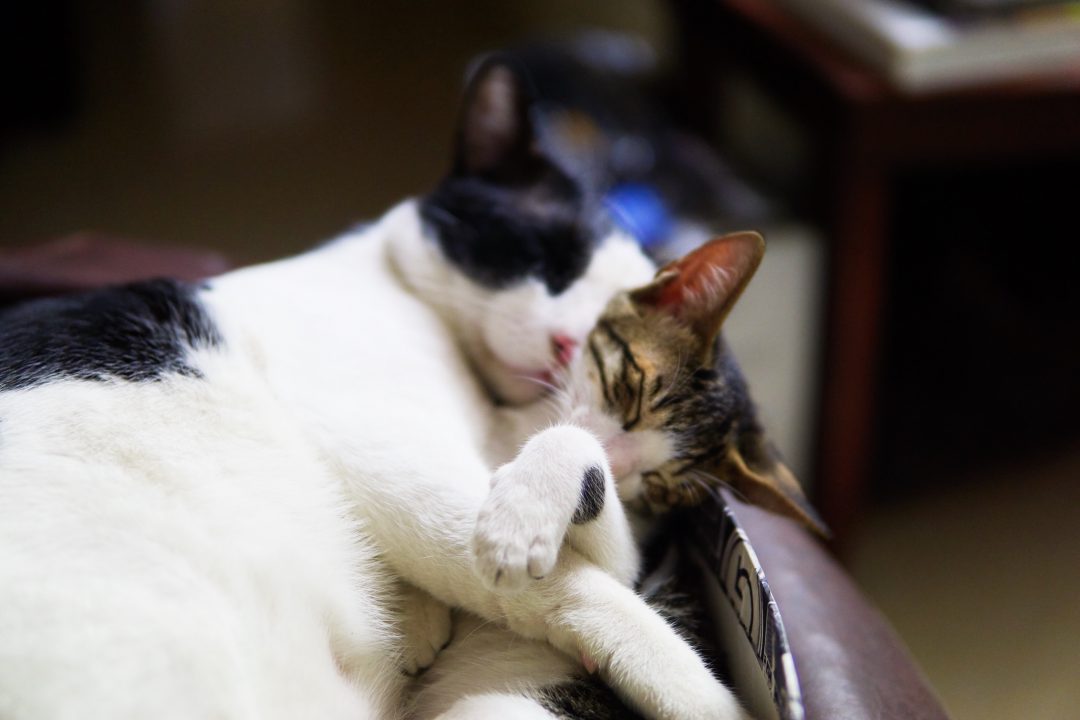 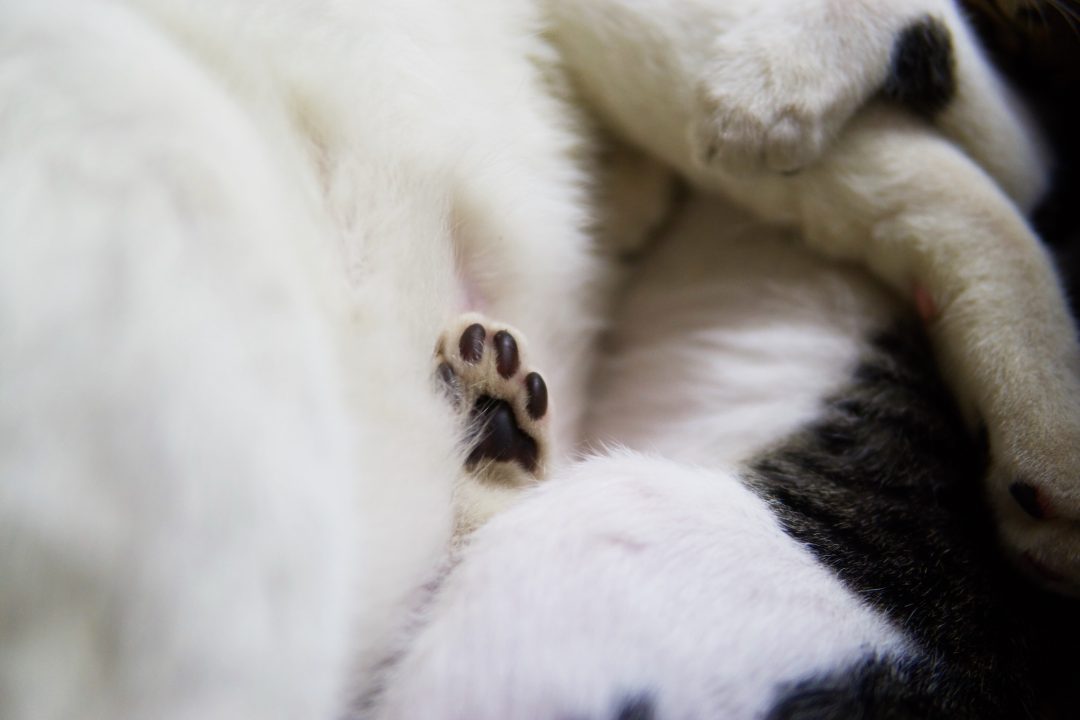 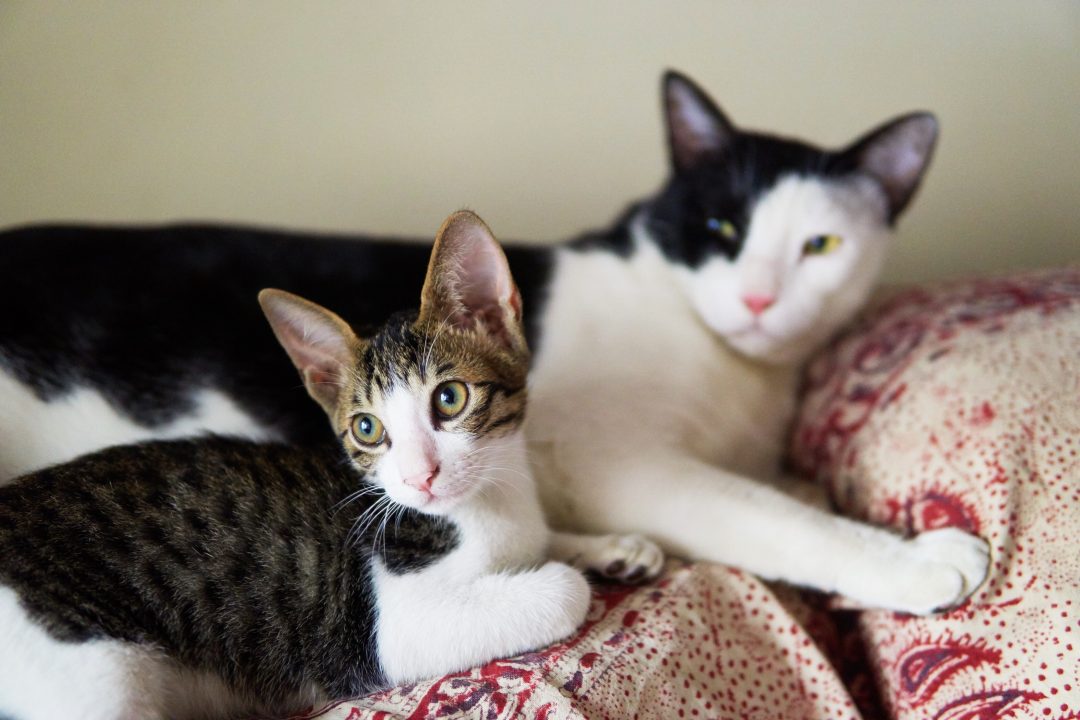 She’s getting older now, but they’re just the very best of friends & my heart swells just seeing the way they interact with eachother – it’s not like they don’t fight, but she also grooms him so much, & he instinctively hugs her when they’re close by, & it’s just the cutest thing ever. 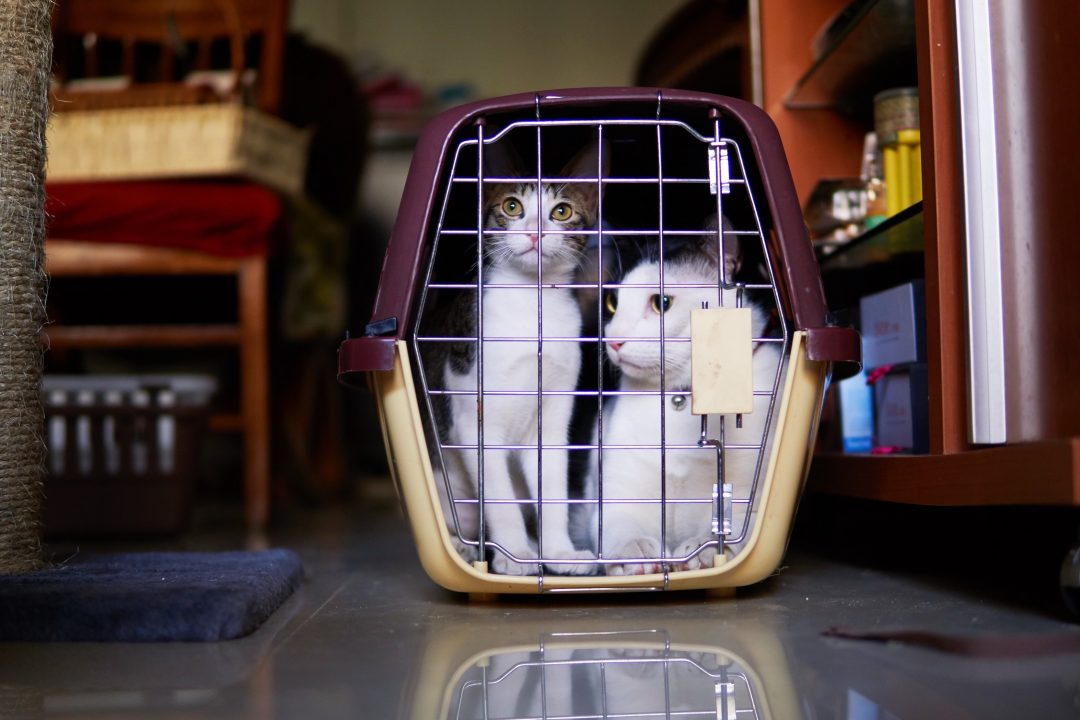 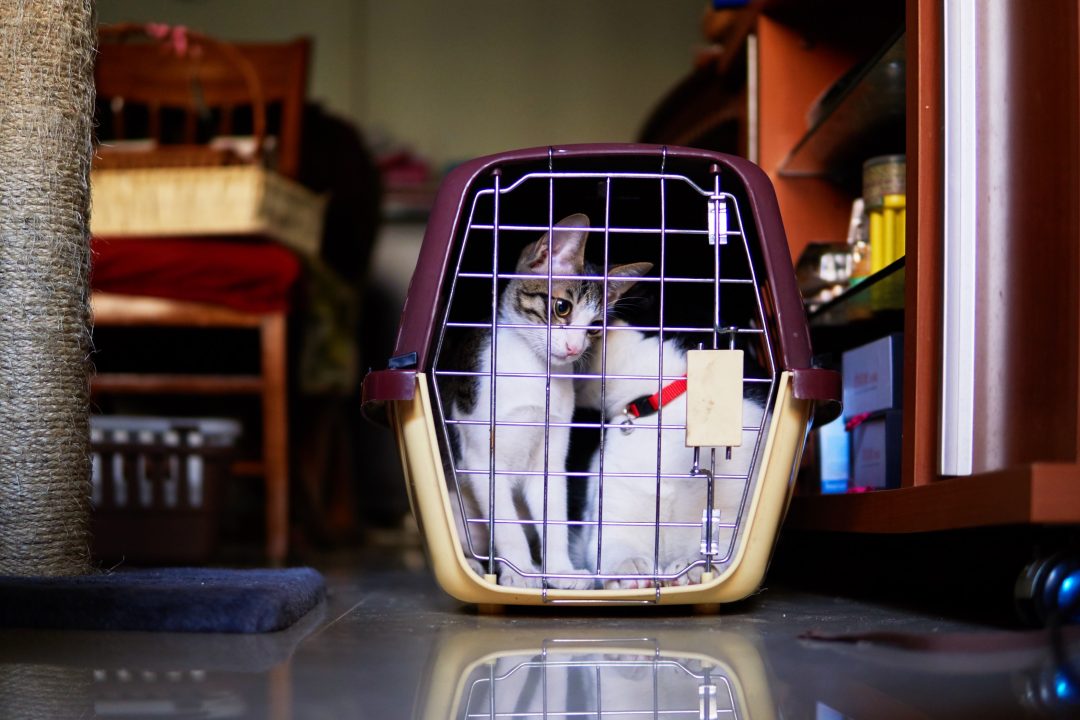 Our middle cat Honey isn’t pictured here, because there was definitely a bigger adjustment period with him. And he still largely keeps his distance, but the apartment is big enough for that. And they have their tender moments too!

I redesigned the blog at the end of last year. It’s subtle enough that you might not even notice, but to my eyes, it both looks nicer & functions better than ever! It’s also now a more secure website (https instead of just http) & is running like a well oiled machine.

I’ve always considered this blog to be a reflection of me. Over eight years, it’s changed a lot & moved in different directions as well – but I’ve been pretty stubborn about one thing – that I be the only writer here. I started this blog just so I can develop a writing habit & I’ve never really connected with blogs that run under one person’s name, but have an army of writers, or worse, unpaid / underpaid ‘interns’ generating content for them. But I’ve also come to the realisation that I want to diversify. I want more voices on this blog & I want to share more stories. So I’m (slowly, apprehensively) opening up this blog to contributors. I had one of my oldest blogging friends, Roanna (of JupiterSkye) kick things off with a little Oman travel guide. If you’re a female that loves writing & has a story to share, whether it’s a travel guide, beauty post, recipe, DIY or something else that you think would be a good fit, just shoot me an email (or a twitter DM) & let’s chat.

Watching… I cancelled my Netflix subscription sometime last year. It felt weird to do that after a year of being a loyal subscriber, but it was easier to love it when I had access to the US catalog. Once they started banning VPNs, & took off M*A*S*H, I realized that it wasn’t all that attractive to me any longer, besides, saving almost ₹600 rupees per month isn’t half bad.

I’m an avid Amazon shopper, & of course a prime member, because who doesn’t love free, quick shipping with no mandatory minimum purchase? Plus, it’s just so cheap right now. Sometime in December they launched their Amazon Prime Video service in India, & while the catalogue pales in comparison to Netflix, it’s nice since I paid the same amount for a year’s prime subscription that I used to pay for a month of Netflix. And since I was already paying for Prime, the video is practically free. I’m re-watching Seinfeld from start to finish for the second time. It’s been about six years since I last watched it & it’s mostly been hilarious, this time mom’s watching too (she doesn’t like it as much though).

Listening To… João Gilberto’s greatest hits. I’ve been on a Bossa Nova kick for a few months now, I never thought I’d get this obsessed with a genre of music sung in a language I don’t understand, but it’s actually helping me pick up a bit of Brazilian Portuguese. I also listened to a fair amount of the La La Land soundtrack since I watched the film in December. I still don’t get the fuss about that movie, to me it was just ok & I find it mind boggling that people are tripping over themselves to watch it just because it’s a musical & brilliant / funny shows like Galavant failed because there just isn’t enough audiences for musicals. I guess people will watch anything that’s hyped? Sigh. But I digress. Another Day of Sun (the opening number) has to be my favorite part of the film, because of the very upbeat / catchy vibe & that ridiculously extravagant dance number. It isn’t on YouTube yet, but I think Jimmy Fallon’s take on it for the Golden Globes cold open was wonderful too. More music data on my last.fm profile.

Buying… Not much. I’m on a makeup buying ban / detox until the end of this year, so there’s none of that this Jan. I did buy some fashion items just before the Bangkok trip, because I knew I wanted to make a lookbook there (The Bangkok Lookbook is LIVE & I really like how it turned out). I’m really trying to move away from consumerism on the whole in the new year, but what can I say; old habits die hard. I manage to save up by not making frivolous purchases, but then I want / need something big, like a gadget & boom! there goes my bank balance. Sigh. I think I’m getting better though. It’s not like I’m saving money on the whole, just redirecting old obsessions to new ones, like travel.

Since Feb 2014 I’ve been reasonably consistent with doing a monthly favorites video & my January Favorites shares my beauty, fashion & tea! There’s also a cute little video clip of Brittany cat towards the beginning. If you’d like details / links of all the things mentioned (like the source of this cute Mickey Mouse mug) just head on over to the video page.

Most of January was spent in the shadow of our big Bangkok trip! I loved it so much back in September that I knew I wanted to come back soon, so we immediately planned another one. Here are a few snapshots from our first day. 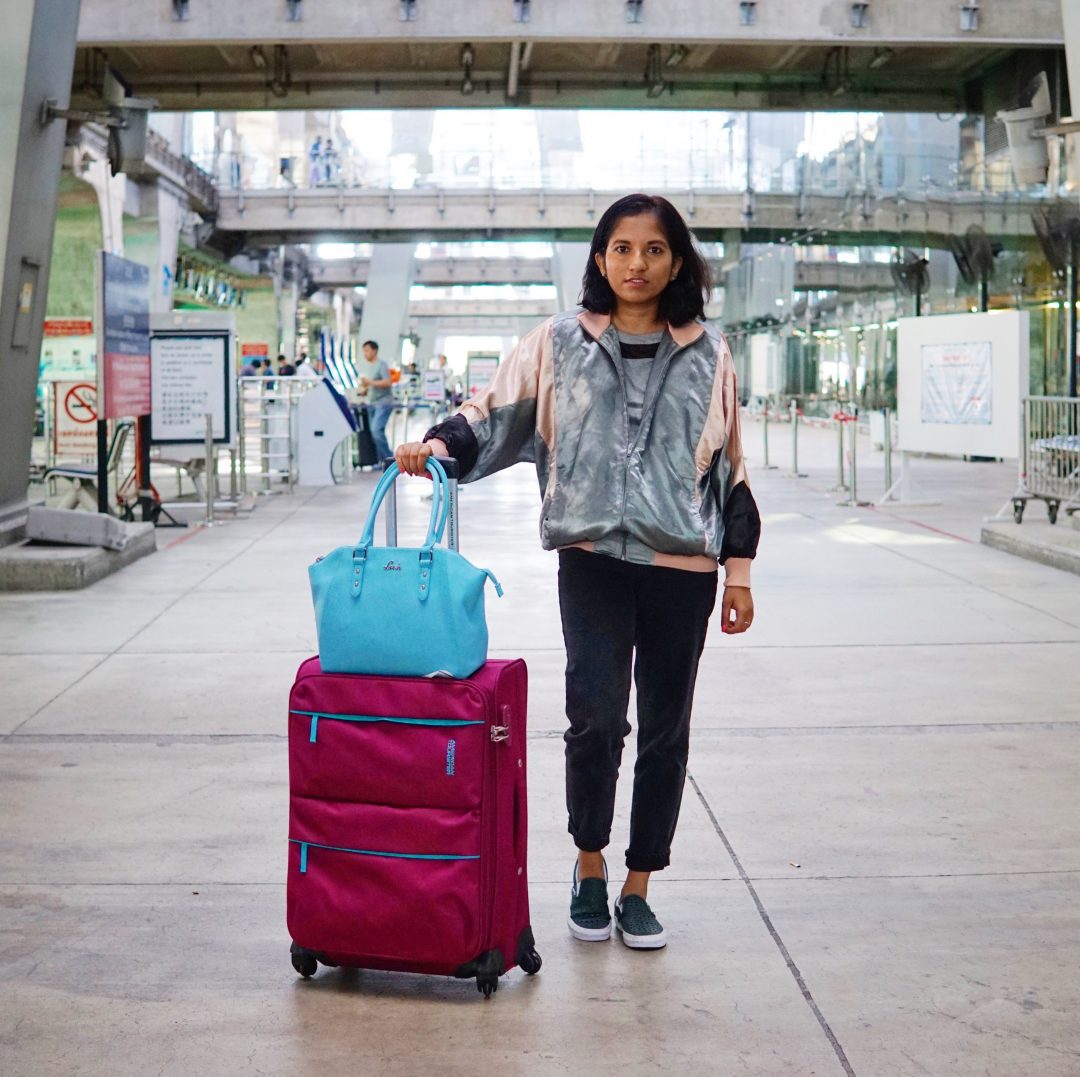 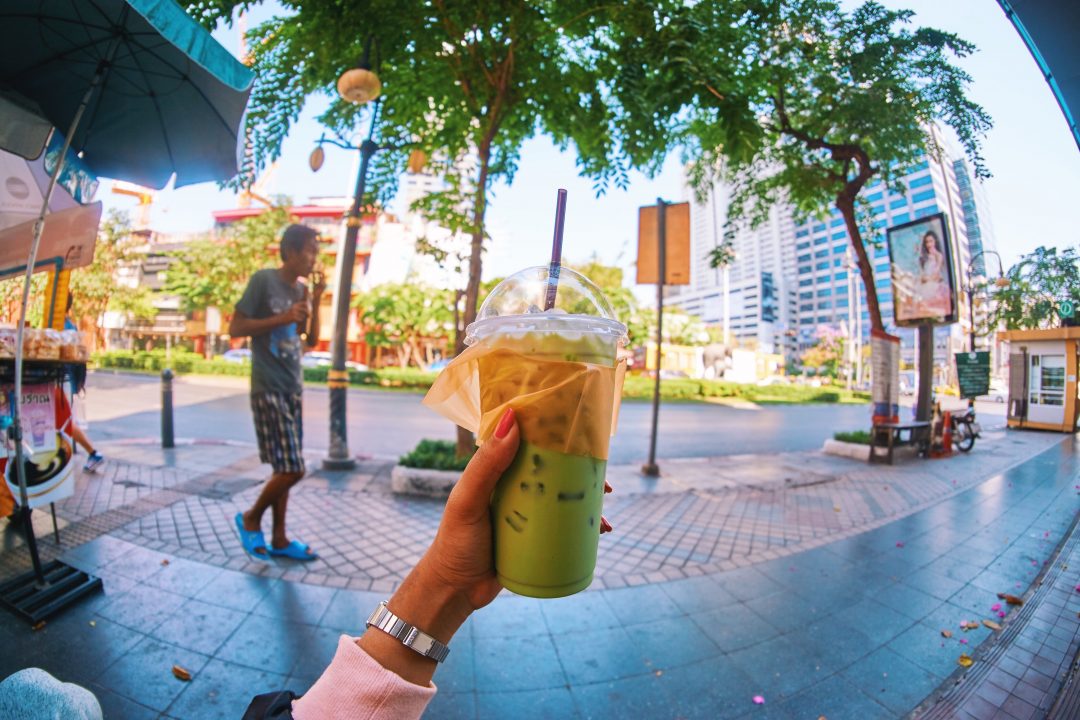 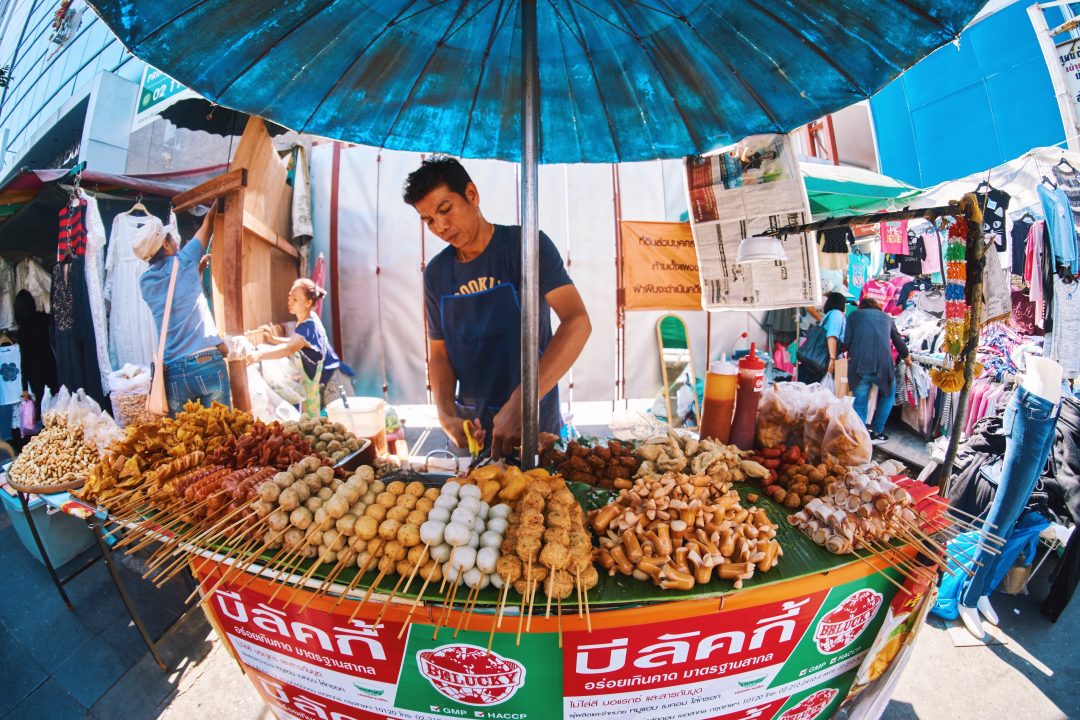 Mom & I went for just under a fortnight, we stayed in my favorite hostel, ate all the local food (delicious!), drank all of the iced drinks (which was not the smartest idea, in hindsight) & just had a great time. There are already two vlogs from the trip live on my YouTube channel (you can find them at the top of the Travel Playlist) & more will be coming your way soon.

We’ve already planned our next trip – it’s a couple of months away, but I’m just trying to plan everything properly. Not much for the actual trip (we prefer spontaneity) but as a blogger / vlogger, I need to plan / shoot / edit content well in advance so I can keep doing two videos a week even when away from home (super thankful for YouTube scheduling).

So that sums up my January in about 1500 words. Phew. What was yours like? As always, feel free to share any highlights or recommendations you may have! x

What I Wore in Bangkok | A Lookbook 🚕 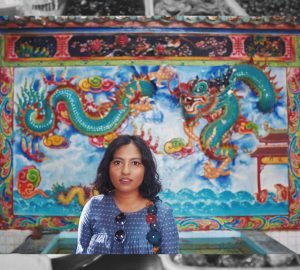