Magali Vaz November 6, 2011
share
Later today I leave for a week long vacation at a wonderful four star hotel not far from home. So I just thought I’d share some analog photos, as I intend to share more of those on my blog.
These photos are pretty old, actually. They were taken the same time as these.
This post has a nice story to go along with it. It started just as a normal day at college, but I soon learnt that it was my classmate Avryl’s 21st Birthday. She planned to take some of us for a treat after classes.
Then I was told that Mahima, another friend, who told Avryl she wasn’t going to make it for the treat (much to Avryl’s disappointment) was actually coming, and she was bringing a home made pineapple cake along. And of course it was a surprise!
Classes ended & when we left college Mahima was at the college gate, a huge cake box & home made card in her hand.
The look on Avryl’s face was priceless! 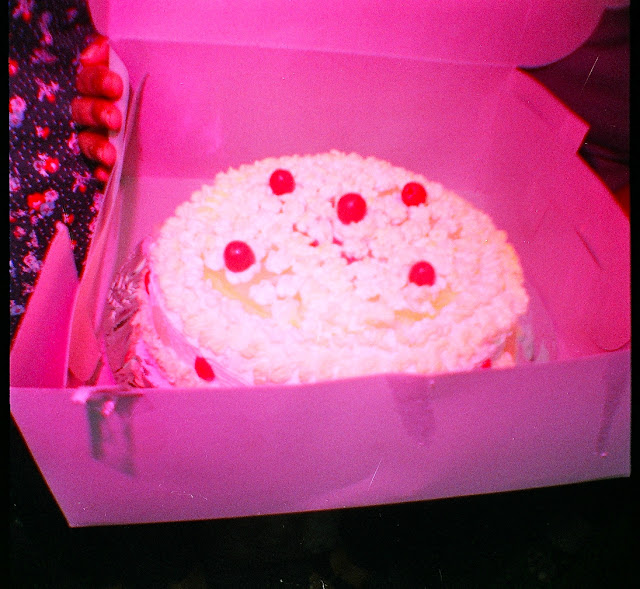 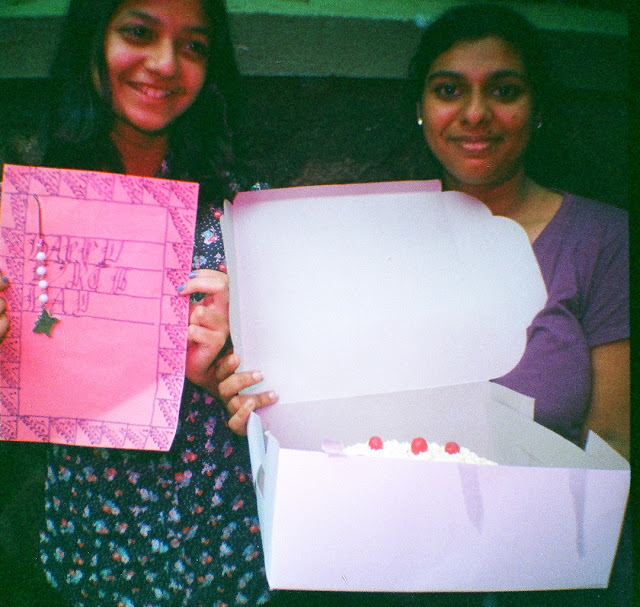 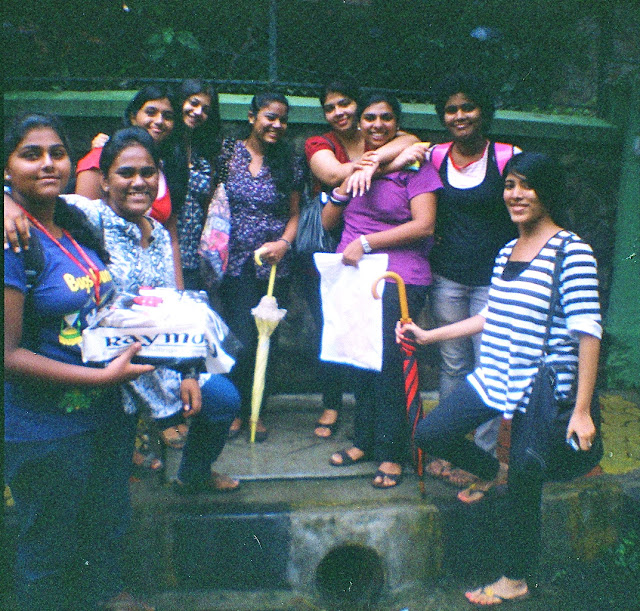 Most of the group. ☂ 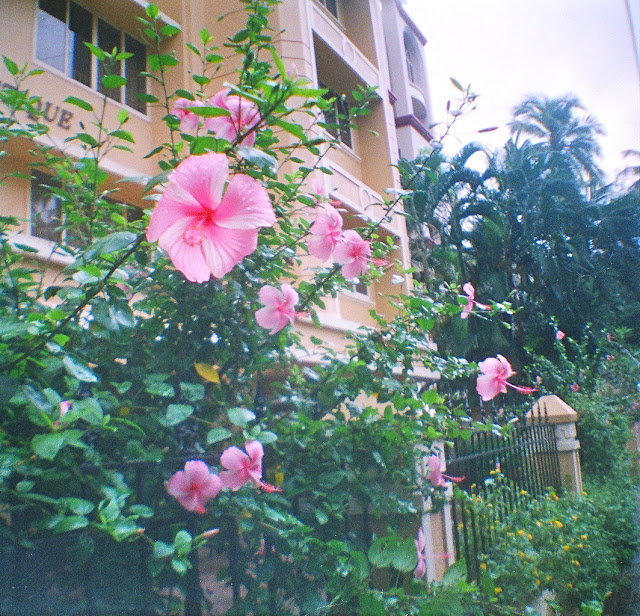 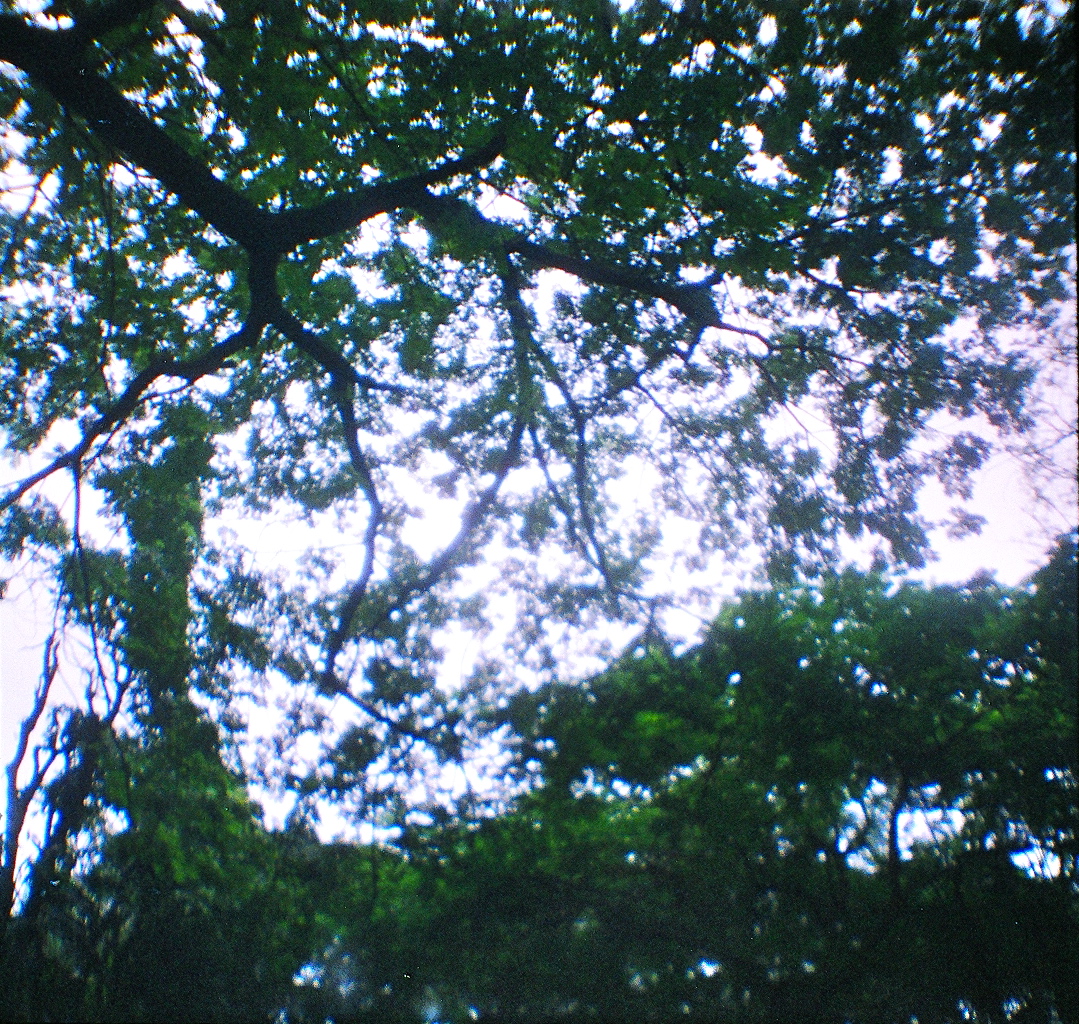 Other stuff I remember from that day: Being forced to go for Avryl’s treat even though she was just an acquaintance & Avryl inviting about a dozen people she hardly knew. Good times.
My mom just blogged after ages, but she wrote a wonderful post Greed Overcomes All Else. It’s about her experiences with the aged at the place she volunteers. I think it’s one of her best posts to date, it would be great if you could head on over & read + share your views. Danke. 🙂
As I mentioned earlier I am heading over on vacation today. Yaaay! I will be publishing some posts with analog photography in the next few days. I have been into it so much these past few months. Earlier I decided not to share them on the blog, but one morning I woke up & realized I had to! This blog is about things (& people) in my life & analog photography has been a huge part of it. So lots of catching up to do!
Bye for now!